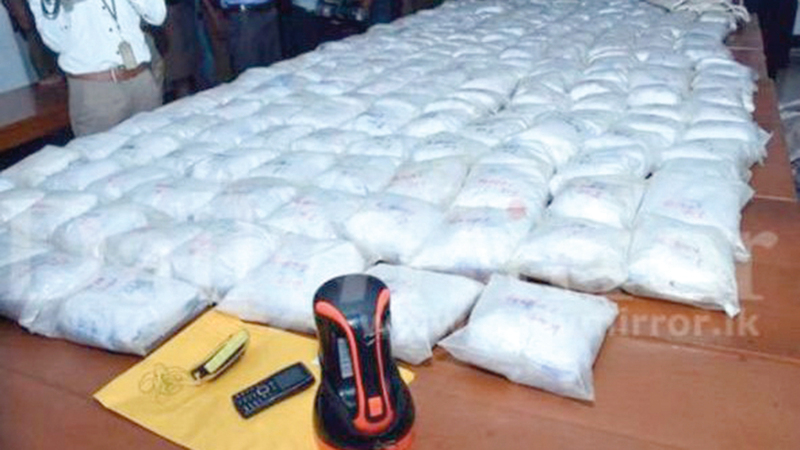 Al-Dhaheri said that the anti-drug law guarantees and guarantees the drug abuser the right to treatment, whether he applied himself or by one of his relatives up to the second degree, but we noticed a kind of reservation in some families and families, preventing them from treating their sick relatives, fearing that there will be a bad reputation chasing them .

He added that in light of this, Abu Dhabi Police decided to launch “Chance of Hope”, an electronic service that can be accessed through the application of the General Command of Abu Dhabi Police, and is characterized by ensuring confidentiality and privacy for treatment seekers, pointing to its launch in coordination with the National Center for Rehabilitation and Treatment of Addiction in Abu Dhabi. and the Zayed Higher Organization for People of Determination, and the provision of sign language translation in service to cover all segments of society.

He stressed the Abu Dhabi Police’s interest in helping families treat their children and relatives from drug abuse, pointing out that the “Chance of Hope” service also provides advice and advice about the dangers and harms of drugs, and ways to prevent them.

The total number of visitors to the service’s awareness website reached about 80,000 people.

He added that the service provided several facilities to encourage addiction patients to initiate treatment, pointing out that the current indicators reflect the large volume of interaction with the service compared to the previous situation, which required the person to apply to the police station for treatment, and there is an official procedure.

He stressed that the anti-drug agencies had recently been able to deal painful blows to drug trafficking gangs, as they thwarted large and huge quantities of these toxins, which called on some promoters to use other methods in search of money, including, for example, promoting through social media. and suspicious electronic means.

He cautioned that some users try to buy drugs from outside the country, through websites, but they fall into the fraud nets of the promoters in order to compensate for the losses they incurred from thwarting the smuggling of poisons inside the country.

He stated that the initiative comes within the efforts of the Abu Dhabi Police, and its continuous interest in educating the public about the dangers of this scourge, and harnessing all capabilities to address it.

Colonel Taher Ghareeb Al Dhaheri revealed modern methods used by drug traffickers to prey on their victims, claiming that it spares them from the examination they are subjected to to ascertain whether or not they are using narcotic substances.

The most prominent of these methods is the use of certain leaves, burning and inhaling them, as it is rumored that this method prevents the appearance of the narcotic substance in the drug test result, which led to the use of some drug users.

He added that drug users tried burning the leaves and inhaling them, after they bought them at exorbitant prices, but they seemed to be in an abnormal condition, and an unpleasant smell appeared as a result of the burning.

And the smell that enters the body with toxins can be imagined as a result of adding chemicals to the leaves, which may be insecticides or materials used in cleaning homes.