Champions League: when and where is the final Liverpool vs. Real Madrid? 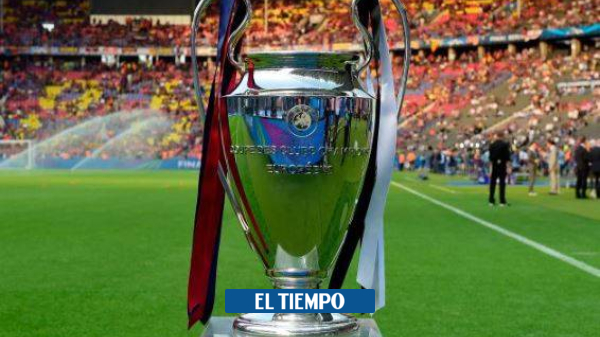 See also  Luis Díaz goes for his first title with Liverpool: time and TV of the final

The Champions League trophy in the final between Liverpool and Tottenham

The Champions League trophy in the final between Liverpool and Tottenham

They qualified after overcoming vibrant semifinals.

A Liverpool-Real Madrid in the Champions League finalon May 28 in France, is a new episode of this European football classic: it will be the third time that both meet in the final of the maximum tournament, after 1981 and 2018. The Anglo-Spanish rivalry for the throne of the continent is served

The match for the European title will be played on Saturday, May 28, starting at 2 pm, Colombian time.

where will the final

The Stade de France in Saint-Denis will host the final. Located north of Paris, it has a capacity of more than 80,000 spectators, making it one of the largest stadiums in Europe.

Built to host the 1998 FIFA World Cup matches, the Stade de France is home to the national soccer and rugby teams. The first match played at the stadium was a friendly between France and Spain, on January 28, 1998, in which Zinédine Zidane scored the only winning goal for the locals, who won 1-0.

If the score is equal at the end of regulation time, two extra periods of 15 minutes are played. If one of the teams scores more goals than the other during extra time, that team is declared the champion.

If the result is still equal at the end of extra time, the winner will be decided by a penalty shootout.

The nominal local team was decided by a draw held for administrative purposes on March 18. The ‘home’ team for the final is the winner of semi-final 2: Liverpool.

See also  Luis Díaz, to show his talent again in the Champions League