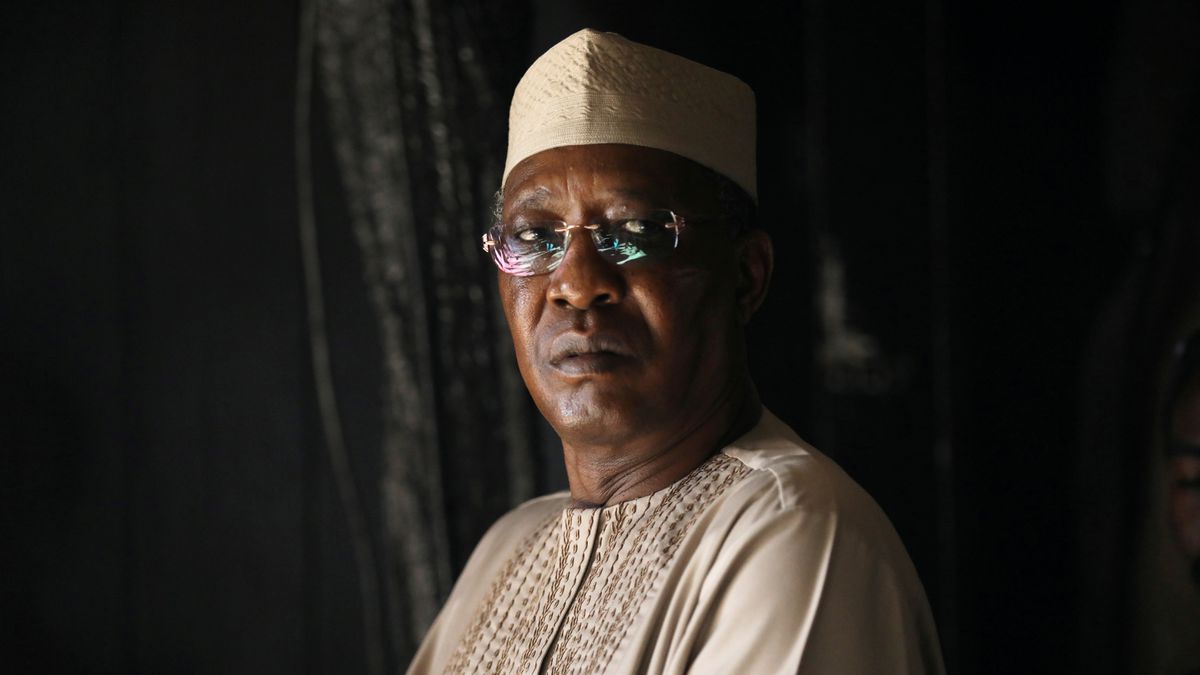 Idriss Déby, president of Chad, died this Tuesday as a result of injuries sustained while fighting at the head of his troops against an armed rebel group in the north of the country, according to General Azem Bermandoa Agouna, Army spokesman, in a statement. read on national television. “The President of the Republic, Head of State, Supreme Chief of the Armies, Idriss Déby Itno, has just died defending the territorial integrity of Chad on the battlefield,” the statement said. The Chadian president had just been re-elected to his post for a sixth term after winning the elections held on April 11 with 79.32% of the votes, the electoral commission announced on Monday. In a country besieged by constant conflict since its independence in 1960, Déby himself came to power 31 years ago at the head of a rebellion.

With a marked authoritarian profile and at the head of the most seasoned Army in Central Africa, Déby had become the indispensable ally of the West and in particular of France in the fight against jihadism in the Sahel. But his electoral victory came in the middle of a new rebellion that had broken out in the north of the country in which the Armed Forces claimed to have killed more than 300 combatants last weekend.

After the announcement of the results, numerous militants of the ruling Patriotic Salvation Movement (MSP) took to the streets of N’Djamena, the country’s capital, to celebrate a victory that was as resounding as it was expected. Three of the main leaders of a divided opposition had decided to withdraw their candidacy due to the violent repression of the demonstrations that demanded a peaceful alternation and the constant harassment of their political acts. The other six candidates had slim chances.

With the option of the polls practically closed for a change of regime to take place, the most serious threat to Déby’s absolute power came precisely from the continuous rebellions that broke out from the north and west of the country. The last of them, in which Déby has died, began precisely on election day and is headed by the Front for Alternation and Concord of Chad (FACT, according to its French acronym), which attacked in the Kanem region from their bases in southern Libya. The fighting intensified over the weekend and the Army claimed to have killed “more than 300 rebels.”

In the usual propaganda war, the FACT claims, however, that it has gained control of Kanem. This armed group has received the support of the insurgents of the Union of Resistance Forces (UFR), who already in 2008 put President Déby on the ropes with a rebellion that managed to reach the gates of N’Djamena and was defeated thanks to a French intervention. This has been the constant in recent years. In 2019, Gallic Mirage 2000 aircraft bombed a UFR column that had penetrated Chadian soil also from Libya with the aim of advancing on the capital.

Usually dressed in his military uniform, Déby used to personally lead his Army in numerous offensives, as happened on February 1, 2008 when the already Chadian president was about to die in Massaguet, 80 kilometers from the capital, fighting against a column of insurgents. He recently appeared at the head of his troops in a military operation against Boko Haram. This time that custom has cost him his life.

The Elysian’s uncompromising support for the Chadian autocrat is based on his support for the Barkhane military operation against jihadism in the Sahel, in which France has had more than 5,000 soldiers on the ground since 2014. N’Djamena is precisely home to the headquarters of this device that also operates in Niger, Mali and Burkina Faso. For a decade, Chad has been facing the jihadists of Boko Haram and the Islamic State of West Africa (ISWA) in the area of ​​Lake Chad, where it has suffered heavy offensives. It also contributes troops to the G5 of the Sahel in western Niger and participates in the UN mission in Mali, where it has suffered dozens of casualties.

Chadian involvement in the fight against jihadism led radical violence to N’Djamena itself in 2015 with a series of attacks in which 28 people died, most of them police and military. Faced with this double threat of terrorism and rebellions and with numerous conflicts close to its borders, such as those in Libya, Sudan or the Central African Republic, the Chadian Army has gradually become the most robust in the region through the acquisition of tanks, aircraft and helicopters thanks to funds from oil that have been exploited mainly by Chinese companies for about 20 years.

At the same time, the Chadian Armed Forces have been at the center of controversy due to their low respect for civilians, extrajudicial executions and excessive use of force. At the beginning of April, the Niger National Human Rights Commission identified Chadian soldiers participating in military operations against jihadism as the perpetrators of a crime of rape against at least two women and an 11-year-old girl, facts admitted by the Army. who announced that those responsible had been arrested.

Despite the wealth that goes largely to the armed forces, the Chadian population is one of the poorest in the world, with 60% of its 16 million people surviving on less than a dollar a day according to Oxfam. In fact, the country is located in the third to last place in the list of nations by Human Development Index (HDI) that takes into account values ​​such as life expectancy, schooling or GDP per capita. Meanwhile, malnutrition, early marriage and violence are constant threats to tens of thousands of children, according to UNICEF.

Zidane: "The Super League is a matter for the president"

Youth The drug culture of young people has increased on the streets of Helsinki, including equipping knives and debt collection – What should be done about it?