Chadian rebels make statements after the death of President Deby 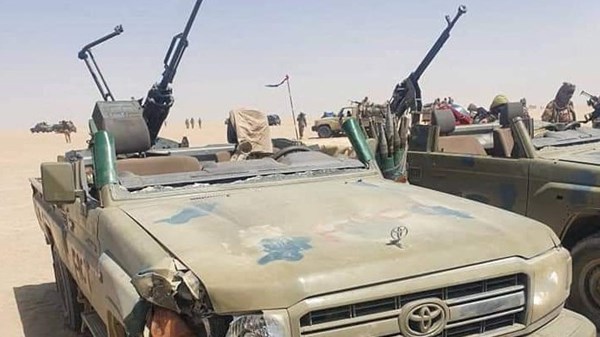 On Tuesday, the rebels in Chad made their first comment after announcing the death of President Idriss Déby Itno during battles with them.
“We categorically reject the transitional phase (…) we intend to continue the attack,” said Kingabi Oguzimi de Taboul, a spokesman for the Front for Rotation and Consensus, in a telephone conversation with him from Libreville, the capital of Gabon.
And the death of Chadian President Idriss Deby was announced earlier today, Tuesday, from wounds sustained on the front line in battles against the rebels in the north of the country over the weekend.
“Our forces are on their way to (the capital) N’Djamena, but we will leave between 15 to 28 hours for Deby’s children to bury their father, according to customs,” the rebel spokesman said.
The army spokesman, General Azm Bermandoua Aguna announced, in a statement read on Chad TV today, that “the President of the Republic (…) Idriss Déby Itno breathed his last, defending the territorial integrity and integrity on the battlefield. … We declare with great sorrow the Chadian people. News of the death of Marechal Chad Tuesday 20 April 2021. “
“Deby took the heroic battle against hordes of terrorists. He was wounded during the clashes and died on his return to N’Djamena,” he added.
And the army spokesman added in the declaration that the “Transitional Military Council,” headed by Muhammad Idris Deby (37 years), guarantees “national independence, territorial integrity, national unity, respect for international treaties and agreements, and guarantees a transitional period of 18 months” after which “free, democratic and transparent elections will take place.” He pointed to the imposition of a curfew and the closure of the country’s land and air borders.
The Chadian army and government had assured the “elimination” of the rebel convoy and killed 300 of them.
On April 11, the day of the presidential election that Déby won from the first round, Chadian rebels made an incursion into the north of the country.