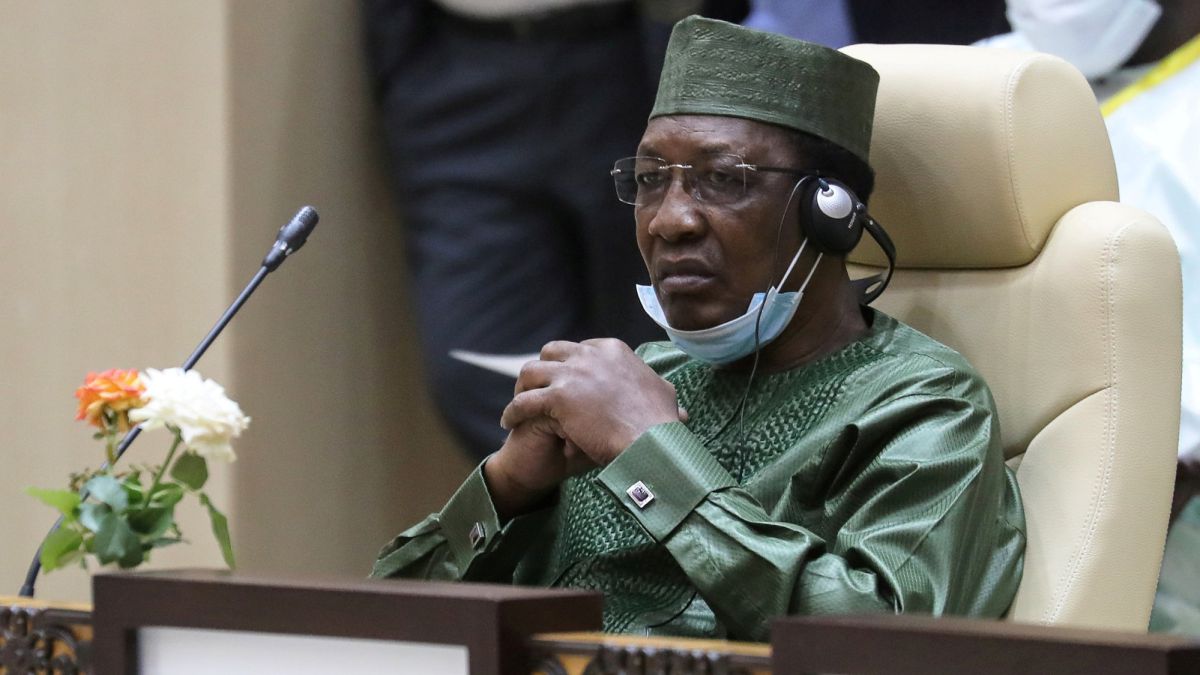 Chadian President Idriss Déby has died of injuries sustained over the weekend “on the battlefield” while commanded his army in the fight against the rebel coalition Front for Alternation and Concord in Chad (FACT) in the north. “President Idris Deby Itno has just breathed his last. We announce with great regret the death this Tuesday, April 20, of the Chadian Marshal and Head of State ”, confirmed the Army spokesman, Azem Bermandoa, in a statement read on state television, without specifying the exact cause of death. He also wanted to highlight that Déby has died “Defending territorial integrity on the battlefield”.

After the tragic event, the authorities of the African country have decreed a fourteen-day national mourning and have established a curfew between 6:00 p.m. and 5:00 a.m. (local time), as well as the closure of land and air borders until further notice. So in turn, a Transitional Military Council has been established headed by General Mahamat Idriss Déby, son of the late President, at the same time that a ‘transition sheet’ will be promulgated, according to the Chadian portal Alwihda.

Re-elected one day before

During his appearance, Bermandoa also regretted that “this painful event” occurred only one day after the Chadian electoral commission confirmed Déby’s victory in the elections. April 11 elections, in which he obtained a sixth term as head of the African country with about 80% of the votes. After learning about the results, Déby’s campaign director, Mahamat Zen Bada, assured that they represented a “double victory” against “the enemies of peace, democracy and the Chadian people.” “Déby is still president of Chad for the next six years. You have won ”, he added. However, opposition leaders boycotted the elections.

Idriss Deby, from 68 years, had come to power in 1990 through a coup against Hissène Habré. Since then, he has prevailed in all elections and has emerged as a important ally in the fight against jihadists in the Sahel, which has allowed him to establish alliances with Western countries that have supported and financed him to stay in power until the last day.

Regarding the clashes, Bermandoa himself reported on Monday that “the defense and security forces have finished dealing with the column of terrorists that ventured on April 17 in the province of Kanem” and added that 150 “terrorists” had been detained, “including several high-ranking officials.” He also revealed that the Army had seized 26 vehicles, of which 16 were equipped with heavy weapons and two were armored, in addition to weapons of different calibers. “Operations continue to locate the last fugitives,” he said in statements collected by Alwihda.

For his part, the leader of the FACT, Mahamat mahadi ali, confirmed in a interview with the radio station Radio France Internationale that the rebels had withdrawn into Kanem a week after storming into northern Chad from their bases in southern Libya: “It was a confrontation of rare violence. We have carried out a tactical retreat, given the circumstances ”. The clashes Monday they focused on surroundings of the city of Nokou, located about 50 kilometers from Mao, the capital of Kanem, near the border with Niger.

Furthermore, Mahadi Ali reproached France for having positioned itself in favor of Déby, giving him a certain advantage: “French aviation flies over us day and night. They have all the information, the movements, the nature of the weapons, the number of men and vehicles. If that’s not an advantage, what is?

Finally, the FACT indicated on Sunday that controls “the whole” of the Betis region So what “Is on the way to control the Kanem region”. “The militias of the Idriss Déby dictatorship face the firepower of our brave combatants and have deserted, abandoning a considerable number of weapons,” he said.

Coronavirus: Fernán Quirós admitted that there are 'therapies above 95%' in the private sector of the City

Angie Arizaga: “The chemistry that my father has with Jota is super”

Russian Justice prohibits the activity of organizations linked to Navalny