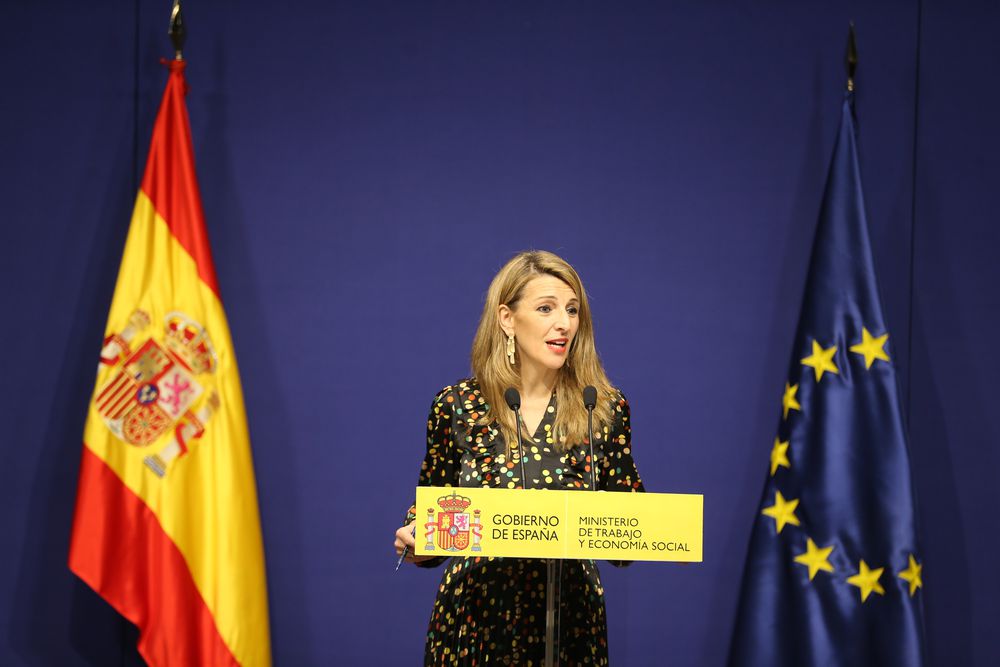 The Ministry of Labor, the CC OO and UGT unions and the CEOE and Cepyme employers have resumed negotiations on Wednesday to repeal the labor reform. There it has already been seen where the stumbling block lies at this point in the conversations: the issues to be addressed. Unions and the Ministry of Labor want to start with collective bargaining or subcontracting. Employers intend to start with a new regulation of ERTE or active employment policies.

The first meeting to negotiate changes in the labor reform has already been a sign that it will not be an easy road. What was to be a meeting to discuss the methodology of the conversations and the calendar has lasted for more than four hours. At the end of the meeting, sources from the Ministry of Labor pointed out that at the meeting the talks have resumed at the point where they had left off in March 2020, when the pandemic broke out and that the next meeting would be held on March 30.

For Work to say that the negotiation was resumed at the point left in March is a declaration of intent. This means starting with the four points that were discussed when the pandemic arrived: priority in the application of sectorial agreements over company agreements, recovery of the automatic and indefinite extension of agreements that expire until their renewal (ultra-activity), subcontracting and restriction on unilateral modifications by the company to working conditions.

The bosses do not like this agenda at all. Sources present at the meeting indicate that the representatives of CEOE and Cepyme indicated that they do not believe that it is time to touch on these elements now, in the economic crisis that the pandemic has brought. His proposal would be to start with other issues that appear in the provisional files sent by the Government to Brussels: a new regulation of ERTE, reform of active policies and the SEPE or plans to combat youth unemployment. Union sources present at the meeting believe that with this position what CEOE intends is to delay the talks.

And so the representatives of the workers’ centrals said at the meeting. Both Mari Cruz Vicente, from CC OO, and Gonzalo Pino, from UGT, explained to this newspaper before the meeting that their demand is to resume negotiations to dismantle the labor reform at the point that they remained in March of last year.

“At that time we were quite close,” said Gonzalo Pino, the head of Union Policy of the UGT. “We are going to resume the table with the issues that we left pending,” settled his counterpart from CC OO, Mari Cruz Vicente, after recalling that then five meetings were held and several issues were mature. Both centers fear that if more topics are included, the conversations will drag on for a long time. “That is not going to work.”

Not only that. The intention of the unions is that these four points are closed soon and the Government already addresses a regulatory change with that first package.

This panorama that was drawn at the end of the first meeting to begin to dismantle the labor reform coincides with the one that had been outlined in previous months. Since the end of last summer, the unions have been pressuring the Executive demanding to open this negotiation and begin to legislate as partial agreements were reached. For its part, the employers have declared from the first moment that the pandemic broke out that this completely changed the game and that it was not the time to touch on points that, in their opinion, are very delicate such as collective bargaining.

At the age of 61: Tanzania's President John Magufuli has died

Jonatas … “the hero and the accused” in “the heart of the hurricane”!