Centenary. In Livorno, birth of the Italian Communist Party 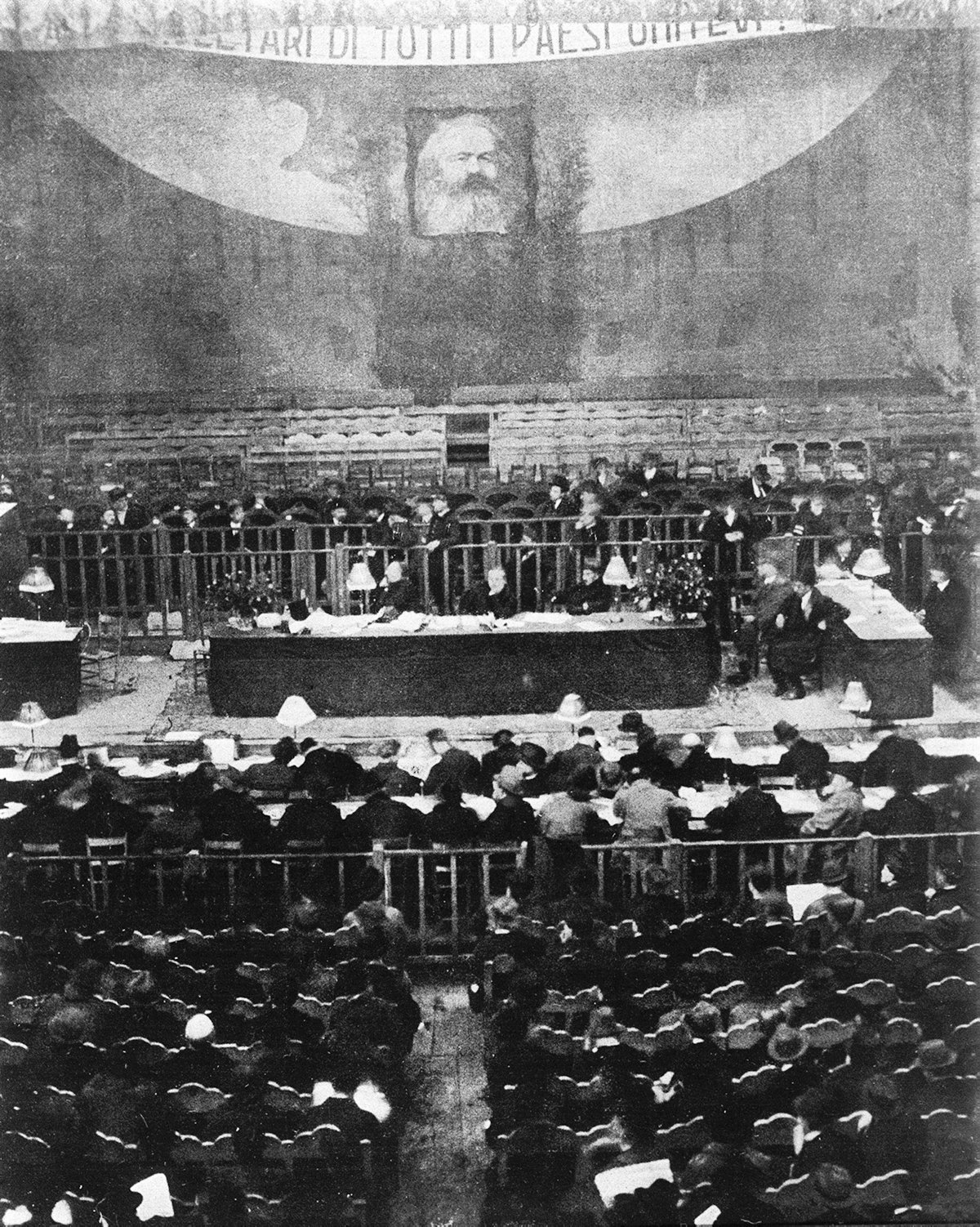 The places lent themselves to comedy. When, on January 15, 1921, the 17th Congress of the Italian Socialist Party (PSI) opened in the Goldoni Theater, the tension was at its height. The question is not, as in Tours, that of membership of the Communist International. The PSI had already joined it a year earlier. The stake is the exclusion of the reformists, at the request of the International, represented by the Bulgarian Christo Kabatchev. So when he speaks, some of the delegates throw pigeons into the theater. “It was more of a circus or a game than a socialist congress”, will summarize the Swiss Jules Humbert-Droz, another delegate of the International.

In reality, the matter is serious. At the end of the 1918 war, Italy was bloodless. In 1919 and 1920, the Peninsula saw what would be called the “biennio rosso”, the two red years: peasants seized the land. In Turin, workers occupy their factories. For lack of coordination, movements are repressed. Since 1917, in the Italian workers’ movement, the slogan “Do as in Russia” has flourished, crowned with the success of the October Revolution. This is precisely what the reformist leadership of the PSI does not know how to do, imprinted with the mechanistic idea that the crisis of capitalism will naturally lead to revolution, without there being any need to provoke it, as the Russian Bolsheviks had the audacity to do. . Also, discontent exists in a part of the base, convinced that the opportunity for a seizure of power has been missed. The leader of the socialist youth, Secondino Tranquilli, puts it in these terms: “Last year, the Russian youth, to commemorate Karl Liebknecht (assassinated on January 15, 1919 – Editor’s note), in Moscow, in front of the Kremlin, burned the puppet (of the chancellor) Scheidemann; this year, the Italian socialist youth are asking representatives Communist nants to burn the puppet of unity. “

Participation in the Spanish Civil War and the Resistance

This will be done on January 21, 1921. On that day, the maximalist motion received 98,028 votes, the gradualist 14,695, and the communist 58,793. The maximalists, who wanted membership of the Third International, however refused to join. separate gradualists from Filippo Turati.

“The communist fraction declares that the majority of the congress, with its vote, is placed outside the III e Communist International ”, then launched Amadeo Bordiga. Communist delegates leave the Goldoni Theater singing the International and set off to found the Communist Party of Italy (PCdI) at the San Marco Theater.

In reality, the PCdI has yet to be built and is divided. Its main figure is Bordiga, an abstentionist, for whom participation in the elections is a leaven of reformism. The group, which refers to the bi-weekly the Ordine Nuovo and his thinker Antonio Gramsci (1), was then only a minority, but he caught Lenin’s attention. The latter put forward a voluntarist party, the necessary intervention of the masses and developed a project, according to which, under the conditions of Italy, the Russian Soviets led to replace the bourgeois Republic would be the factory councils that emerged around Turin, in 1920. They share the strategy defended by the International of a United Front with the Socialists, in particular to fight fascism, when Secretary General Bordiga still considers, in March 1922, that there is no risk of dictatorship and that there is no need to choose between two camps of the bourgeoisie.

In 1923-1924, the Bordighists, who refused to reach out to the Socialists as demanded by the Comintern in the name of the United Front, left the leadership of the PCdI, taken over by the “ordinovists”. The march on Rome in October 1922 and the installation of a fascist dictatorship went through this, made possible by the divisions of the workers’ movement, but also of the Catholic and liberal forces. No more than Bordiga’s project, the “ordinovist” project, drawn up in contact with the Turin workers, could not be implemented. But at the rate of the arrests and the political struggle, a nucleus of leaders formed around Gramsci – who died in 1937, after eleven years of imprisonment -, Palmiro Togliatti, Umberto Terracini, Luigi Longo, who developed a new policy, including the contours asserted themselves in 1926, during the Congress (in exile) in Lyon. It analyzes fascism as a reactionary movement of the urban petty bourgeoisie and the agrarian bourgeoisie, intends to work with the other anti-fascist forces and takes seriously the need for an alliance between the workers of the North and the peasantry of the Mezzogiorno. It is this small group, crowned by participation in the Spanish Civil War and the Resistance, which will found, under the leadership of Palmiro Togliatti, the “new party”, the most powerful Communist Party in the West, at the end of the Second World War.

Ex-President of Ecuador, Gustavo Noboa, dies at the age of 83

Pamela Franco counts the days to give birth: “I can’t be happier”