Celebrities react to a sad message from Amy Samir Ghanem 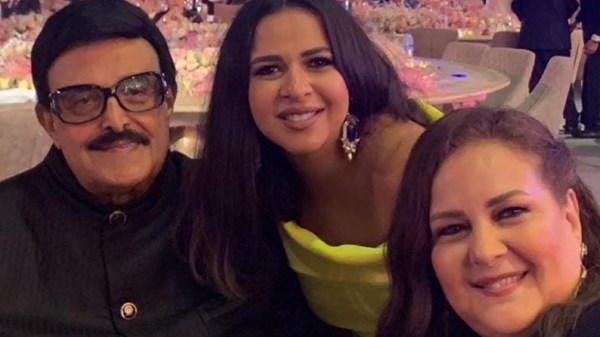 Shaaban Bilal (Cairo)
The artist, Amy Samir Ghanem, published a photo through her official account on “Instagram”, which she gathered with her parents, the late artist Samir Ghanem and her mother, the artist Dalal Abdel Aziz, who has been receiving treatment for symptoms of the Corona virus for more than two months in a Cairo hospital.
Amy Samir Ghanem commented on the photo she posted, saying: “Lord, have mercy on them as they raised me when I was young.”
Many art stars interacted with Donia Samir Ghanem’s publication, led by Fifi Abdo, Badria Tolba, Abeer Sabry, Maha Al-Saghir, Tariq Al-Abyari, and other celebrities who called for the speedy recovery of the artist Dalal Abdel Aziz, and mercy for the late great artist Samir Ghanem.
The great artist Samir Ghanem left our world last Thursday, May 20, due to his infection with the new Corona virus, and his funeral took place Friday, May 21 from the Al-Moshir Mosque in the Fifth Settlement, and he was buried in the family cemetery in Nasr City, and condolences were limited to the cemeteries.
And the artist, Dalal Abdel Aziz, was absent from her husband’s funeral because she had received treatment in a Cairo hospital more than two months ago for symptoms of infection with the emerging corona virus, from which she has already recovered.
Earlier, a well-informed source told Al-Ittihad that the artist, Dalal Abdel Aziz, was still in intensive care, while she had completely stopped asking about her late husband, artist Samir Ghanem, as she greatly felt his death.
The source added that the artist, Dalal Abdel Aziz, was slowly improving during the last period, while she declined again during the past few hours, as she is still late at the health level despite all the past period in which the medical staff is working to help and revive her out of intensive care.