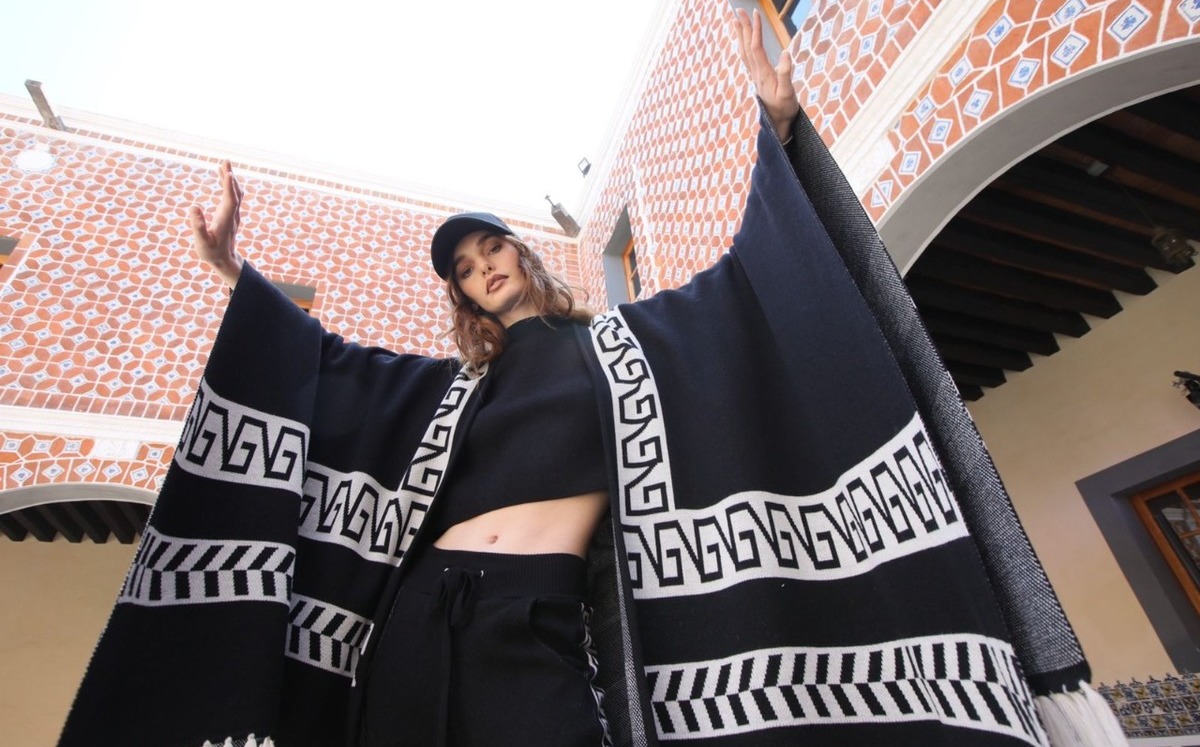 Mercedes-Benz Fashion Week Mexico gave sequence to its celebration for XV years with the catwalks of Montserrat Messeguer and Julia and Renata; in addition to the proposal of Denisse Kuri, who represented local talent, at the party that took place in Puebla and which became a great

At the meeting, the Laboratory was resumed, in its face-to-face format, so in addition to enjoying the designers’ proposals, the guests participated of the conversations in voice of experts, on the present time of the industry of the fashion in our country, with the subject the infantile community.

The Museum of Popular Art of Puebla, which represents the qualities of its 32 regions, hosted the parade, where Montserrat Messeguer and his collection titled Rancho Grande, which portrays the contrast of life in the north of the Republic with the daily landscape of urban life.

“It is a way to show in the same space the most futuristic building and musicians from the rural north of the country,” said the designer, whose inspiration was produced by the classic garments of the northern imagination, such as the fringed shirt, the patched denim , the hat and the cowboy boot stylized from a contemporary and irreverent point of view; which contrast with flashes of the megalopolis, represented in the strips with crystals and the metallic fringes present in pants and jackets.

The collection incorporates a novel proposal: boots made of denim. The fabrics used for this piece are of 100% Puebla origin, as well as leather and saddlery from León, Guanajuato. The final touch is in the applications

Julia and Renata, A mind and body relationship

The duo from Guadalajara held their parade at the International Baroque Museum, where their proposal reflects a timeless concept that explores, “the relationship between the body and the mind in the process of creation, where the hands are a bridge endowed with their own ability, as well as a certain independence to project their own knowledge, memory and expression ”, they agreed when talking about their proposal.

“With this collection we also want to honor the work of crafts and creators that we admire, where the hands represent an essential element in their work”, mentioned the designers.

In addition, his Laboratory was held in the Regional Museum of Cholula, where the objective was to bring fashion to new audiences.

The designer presented a collection made in collaboration with different communities of artisans in Chiapas, Puebla, Tlaxcala, Guerrero and Oaxaca; and represents the only proposal that will have this year, supporting the philosophy of conscious fashion.

Denisse Kuri’s creations were distinguished by their black and white palette, since for her “Mexico is a country full of color” and “the mixture of all colors produces white”. In addition, the jonote is presented, a fiber from Cuetzalan, Puebla, that the artisans extract from the tree and weave to produce belts and tops; also the silk from San Miguel Cajonos, Oaxaca, where they do all the raising of the worms and the yarn that will be present in the fabrics of this new collection. It is a sustainable collection thanks to the fabrics made by hand, on a backstrap or pedal loom that avoid the waste of materials.

*** Puebla was the second moment of celebration for Mercedes-Benz Fashion Week Mexico, which in 2021 celebrates its 15th year of spreading fashion, trends, design, creativity and new proposals, forging a visible industry at the national and international level.

*** As part of the celebration and in response to the sustainability strategy of Mercedes – Benz, the hybrid vehicles of the brand that will accompany these trends were presented, in order for the public to join and adopt the trend of electric vehicles .

* As part of the celebration for the 15 years of Mercedes-Benz Fashion Week Mexico, the third stop that is contemplated is Mérida, before the fashion and catwalk party arrives in Mexico City.