Cedric Tornay case: mysterious deaths in the Vatican resurface at the desperate request of a woman 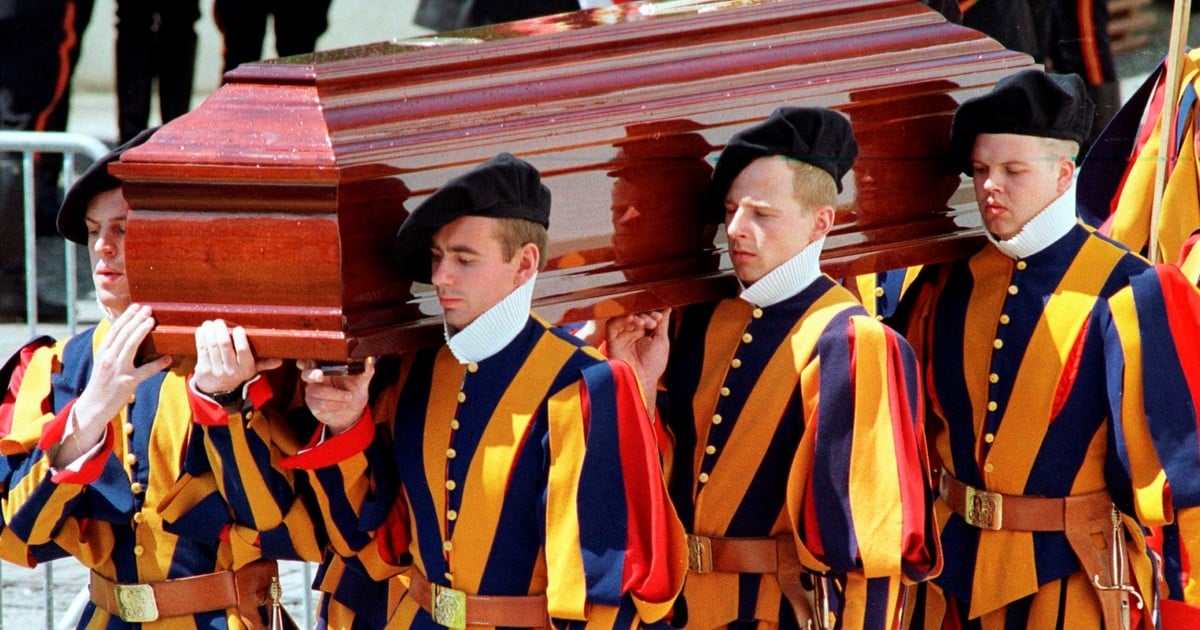 At the age of 23, his son Cedric Tornay died in the Vatican on May 4, 1998, a case classified as of double homicide followed by suicide, which had a huge worldwide repercussion, the mother of the then 23-year-old Swiss guard, Muguette Tornay, sent a letter to the Pope demanding him for the third time his right to know the results of the autopsy carried out in the same Vatican of the corpse of his son.

Mrs. Tornay also wrote a long open letter that was published this Tuesday by the Roman newspaper “Il Messaggero” because, as she points out, she was never convinced of the Official version offered to the world of what happened in the department of the newly appointed commander of the Swiss Guard, Colonel Alois Estermann, 44 years old.

Estermann was shot to death by young Tornay along with his wife, the Venezuelan (employed at the Caracas embassy), Gladys Romero. Both were members of Opus Dei.

The Italian police at the gates of the Vatican, after the events of 1998. Photo: AP

Since the 16th century, the Swiss Guard has been the army that guards the Pope, which today has about 120 soldiers and officers plus a music band, all of Swiss nationality. In addition to guarding acts and ceremonies with their beautiful uniform and halberds as their only weapons, “the Swiss”, as they are called in the Vatican, they wear modern weapons when they form the Pontiff’s protection agents with the Pontifical Gendarmerie, whom they also accompany on trips outside the lion’s walls.

According to the official version, Cedric shot himself in the mouth after getting on his knees after shooting Estermann and his wife with a pistol as soon as they opened the door for him.

“The case was closed after an hour and a half, in record time, ”protests the young Swiss guard’s mother. The investigation was carried out by the Vatican gendarmes, who quickly came to the conclusions: Cedric Tornay killed his commander and his wife in revenge because they had denied him the prestigious “Benemérita” medal, which Swiss recruits receive when they conclude their contract and which ensures a good job when they return to Switzerland.

The investigation was carried out by the Vatican gendarmes, who quickly reached the conclusions. Photo: AP

Colonel Estermann and Cedric kept a bad relationship. Estermann considered the young French Swiss undisciplined and denied him the medal that was the passport to his future work.

“Although there were no witnesses to the tragedy and before the investigation began, the Holy See immediately and publicly declared that my son had murdered Estermann before taking his own life.”

Cedric’s mother points out in her open letter that “an appearance of a rigorously internal investigation was conducted, conducted by neophytes in criminal matters, the sole objective of which was to confirm the thesis defended from the beginning by the Secretary of State ”.

Nine months later, a statement from the Secretary of State “took the place of a judicial sentence.” Ms Tornay states that she seriously doubts a thesis assumed in such haste. “I sought with the help of lawyers accredited before the Vatican court to know more. Nothing, I had no right to anything ”.

Since 2001, he wrote in the open letter, “all requests they hit a wall. Appeals, letters to the Holy Father, supplications ”.

“They even refused to give me the only autopsy report carried out on my son’s body as if it contained secret data that he had no right to know ”.

Muguette Tornay did not give up, says “Il Messaggero” and during all these years she has continued to dig into the case, coming to formulate theses that are contrary to those of the Vatican. His son “could never have behaved in that way, taking his own life.”

Above all, he affirms, “the new elements acquired, especially those forensic and ballistic, go in another direction”.

Cedric’s mother says she has decided “break my promise of secrecy on a proposal made and confirmed from 2013 to 2019 to the highest authorities of the Catholic Church, in particular to Pope Francis.

The proposal was to “constitute together, with total discretion and under the aegis of a neutral international institute, a college of independent experts (ballistic experts, surgeons, forensic doctors), which after reading the two autopsies (Vatican and Swiss) and if the exhumation of Cedric’s body is necessary, they would have the mission of confirming or invalidating the thesis reached on the death of my son ”.

Mrs. Tornay affirms that “it does not wait for me to reveal why Alois and Gladys were eliminated, but it awaits me to know how Cedric died, a collateral victim who was assigned the comfortable role of scapegoat”.

The woman promises that “if the omnipotence of the Vatican refuses to be honest and transparent, I will do what I can to make known to the public opinion the guilty decision that linked the Reason of the Church to the Denial of Justice.”

“My request is very simple: I want to be able to compare the results of my investigation with the Vatican dossier, which is still secret and inaccessible, by the political will of the first collaborators of the Pope who, as Sovereign and Supreme Magistrate of the Vatican City State, has the power to force its court to finally give me access to this archived documentation ”.

Israel decided to reduce the fishing zone of the Gaza Strip