CDMX. Traffic police narrates how he was run over by a motorist 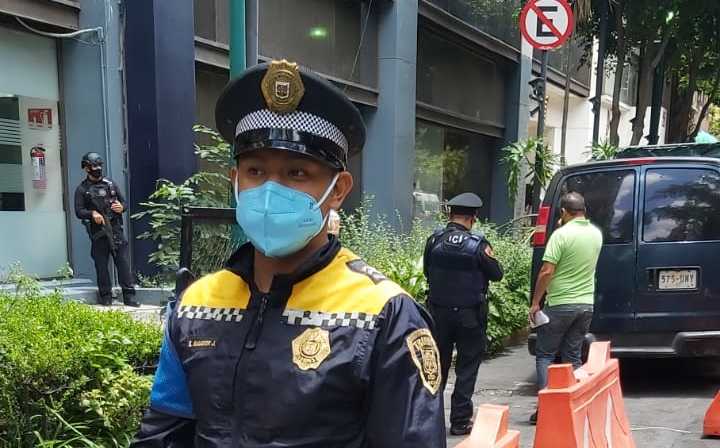 After being run over yesterday in the Centro neighborhood, the second policeman, Eduardo Amador, He reported that he was carrying out work to speed up the road when he saw a parked vehicle and after asking him to move forward, it rolled it over.

“I was doing highway work and I realized that when I got to the corner of López there was a vehicle parked on Independencia and this street only has two lanes; on the right side we have the bike lane and if they park in a lane, they obstruct the way and make traffic.

“I give him the signals to keep driving and he ignores them, there were three calls for attention. Later, when I approached the vehicle, the man received me with insults and I only told him to continue on his way, “he said in an interview with MILLENNIUM.

Later, he approached the motorist identified as Oscar ‘N’, 42, who was driving a Volkswagen Polo. The man insulted him and, although the policeman called him a stop, he began to push it slightly with the vehicle until arrsmell it.

“With the vehicle he was pushing me little by little and when he reached the corner of López it was when he picks up speed, he runs over me and I manage to hold on to his chest. That’s when the colleagues from the Alameda sector catch up with him through the security cameras and arrest him ”, he added.

After the event, Eduardo stated that the driver’s action it was with intent and that the traffic officers in Mexico City are exposed to situations like this. In addition, in his case, it was only a matter of the motorist waiting for him to deliver his ticket.

“On a daily basis we are subject to many things, many similar events, but this time it was more alarming because the driver did not care about my life and he did it with intent.

“It was just a matter of waiting for his sanction, it was not worth much time, but the driver may have gotten nervous or his emotions got the better of him and this situation happened,” he explained.

He said that when he got to the hospital San Angel Inn He had pain in his back and legs. However, he was discharged at night and will be seven days of disability with medical treatment.

Eduardo recognized that traveling through the capital is complicated, But he called for motorists in the city to remain calm when it comes to a violation and avoid cases like his.

“Telling citizens not to exalt themselves when it is only a call for attention or in these cases the most extreme would be a violation of the traffic regulations as a sanction and there is no way for the attacks to come.”