Cazorla: “If Villarreal comes out to defend, they will have few options” 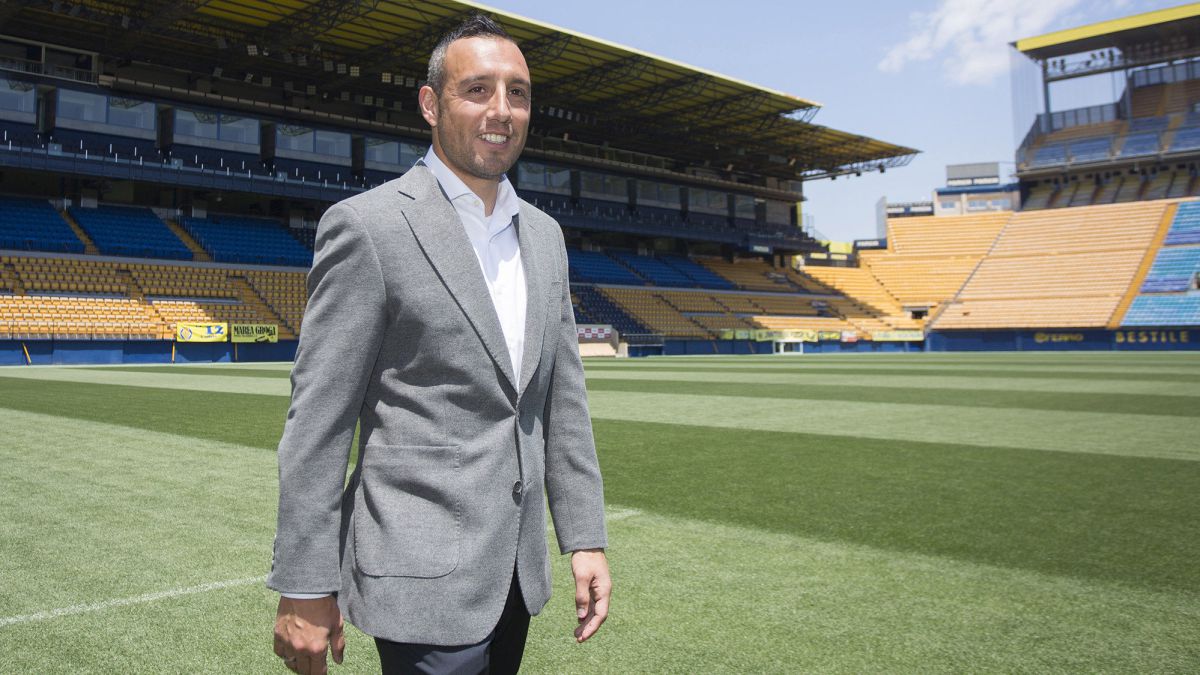 Santi Cazorla (Lugo de Llanera, 1984) would pay to live in situ in one of the two changing rooms the game this Thursday in London. Villarreal and Arsenal are the two clubs that have marked his life and hence tomorrow he will go to sleep “happy and sad at the same time”. The Asturian, 329 games with Villarreal and 180 with Arsenal, will live from there and with a divided heart the return of the semifinal between the two clubs that marked his career in Europe and which he considers part of his family.

How are you doing in Qatar?

Happy with the experience and with what the season has been. We have won all the local competitions. But wanting to go home on vacation, since in the whole year I have not been able to go because of COVID. I enjoy the field. This is calmer, this is not Europe with its demands, it is all more relaxed. The league is played in Doha, you don’t travel, so you’re more with the family.

How do you handle the pains?

It’s something I know I’m going to live with. Sometimes I get up and if it doesn’t hurt, nothing seems strange to me, it’s not me. I have learned to live with that, the best thing is that it allows me to play football, and as long as it is like that I am not complaining.

It was something that excited me. When the quarters passed I told my family, I told them that I would have liked to be in these games. It would have been special. They are those things that happen in football, but I have to see it from far away.

And if they ask you who you are going with, what do you say?

It is very difficult for me to position myself in this semi-final. I have so many feelings, so many things in both teams, both personally and professionally, that it is impossible for me. I think it would be very unfair to either of us if I chose, unfair to the people, to the fans and to those who I consider my family. In both places they have treated me as if I were family, and that is how I consider them both. All I ask is that whoever happens to win the final, I only ask that. The only thing missing would be that the displeasure of the one who is left out, is added that the one who remains does not win. I only ask that, that he be a champion.

Will you see it?

From a distance and with more nerves than if I saw him in the field. I will try to watch the game with the idea that the best one wins. It is strange, since I am going to be happy and sad in the same game.

How do you see Arsenal?

Few players remain from my stage. The coach was a teammate of mine, there is Bellerín, Xhaka… many of the young people were already at the club, but I didn’t coincide with them, which means that I don’t know them too well. They are in a phase of change after the departure of Arsène Wenger, and everyone knows that these kinds of changes cost. Mikel is a good coach, he knows the club very well and is clear about what he wants, but it is not easy. They have the option of this final, which can save the season, since in the league they are not in a very good position.

They have all the expectations set in this semifinal, it is a great opportunity, so they are going to leave very motivated and with the idea that they cannot leave anything. They are not going to make it easy.

“Arteta knows Arsenal and is clear about what he wants, but it is not easy”

And how do you see Villarreal?

I’m seeing it very well. This summer, when I knew how they were planning the team, I already had very good vibes, I spoke with them and I already told them that I really liked the idea. He knew the coach and players well, so he was aware of the potential. They are competing well in all competitions, which makes them a very reliable team.

What is missing to make the step to a final?

I experienced two of their five semifinals closely, and I think something different happened in each one. In the Champions semi-final with Arsenal, I think luck had an influence more than anything, we had everything, but we lacked that point of fortune. That Roman penalty would have changed everything. In Porto we lacked more experience, we lacked knowing how to read the time of the first game, we got ahead and in the second half we couldn’t read that moment. And this time I’m close to the team, I think they come with more experience, with players who already know very well how this is going, and with high-quality young people. I think this time the team arrives with a very good balance and mix, so it makes me very optimistic in the short term.

Yes, I am still in the team group. I talk a lot with Albiol, he was my roommate, we have a great relationship from years ago. I see them very optimistic. It is true that that Arsenal goal left them a bit disappointed, but right now I see them for sure.

“It’s a plus, having him as a rival is to worry you”

What about Unai Emery’s work?

Having Unai ahead in this competition is to worry you. Not in vain is he the coach who has won it the most times and he is very good at it. With Arsenal he reached the final eliminating Valencia, he has reached many finals, which shows his level. I think he is a proven coach in great teams, so it is fortunate that he is at Villarreal. The truth is that having Emery is an important point in favor of Villarreal. For Arsenal it will be strange to have their coach in front of them.

How should Villarreal come out with the result of 2-1?

If Villarreal comes out to defend, they will have few options. Knowing the potential that Arsenal has in attack, and if they recover Aubameyang and Lacazette, they will be very dangerous. They play at home, they play a final … and they know it. Villarreal has to come out to be the protagonist, as always.

Palmer reaction to Aogo: Lanz tries bizarre introduction, but his own guest pulls him off