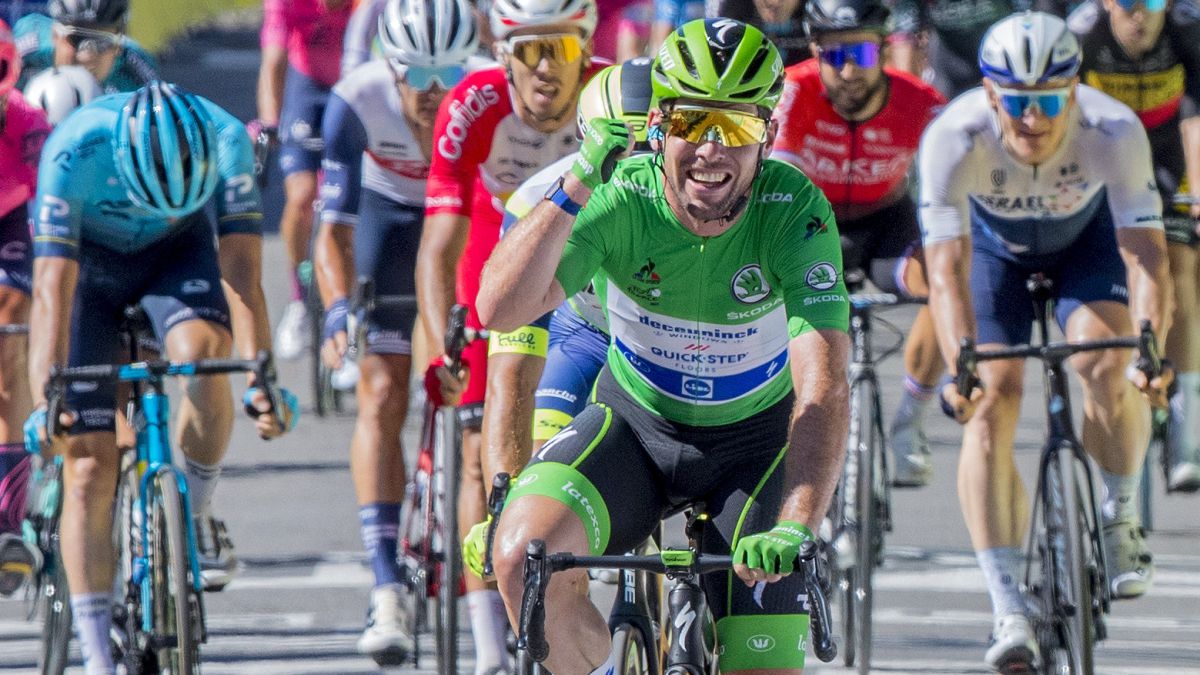 It is done. Mark Cavendish equaled Eddy Merckx’s record: 34 Tour de France victories. A journey that began in 2008 and that has culminated thirteen years later, when he least expected it, when nobody gave a penny for him, probably not himself. The Englishman came to the Deceuninck team this season through the back door, when he had three courses without achieving a victory, five without raising his arms on the Tour … He was not even the starting sprinter, a position that belonged to Sam Bennett. Nor was he the favorite for mass arrivals, because Caleb Ewan had the sharpest nose. But Bennett decided not to race in France, Ewan fell on the first sprint … And, almost without realizing it, Cavendish became the great sprinter of the edition. Like yesteryear. At 36, Cav has gained confidence over the days. He already has four victories. Merckx’s record is tied. And it won’t stop here.

The trip to Carcassonne seemed to fulfill the classic script from a flat stage to a sprint finish. It just seemed like it… The three escapes of the day rolled under the placid control of Deceuninck, Cavendish’s team. The massive arrival and the record of Merckx awaited at the finish line with hardly any competition. That was the only story to tell. Maybe also that of Omer Godstein, who was riding on the day’s adventure with Pierre Latour and Sean Bennett, to become the first Israeli cyclist to break into a Tour break. It was only a matter of time before the Belgian team decided to capture the three standouts and prepare the volata.

Nothing made you think otherwise … Until Philippe Gilbert, a world champion, had the happy idea of ​​changing that script, of looking for the surprise factor, of inventing a new outcome … Sport is written in rebellion. 67 kilometers from the finish, Gilbert attacked in the peloton. And other runners liked the idea, including the insistent Alex Aramburu. Why not? For several kilometers a tremendous scramble was mounted, with the Deceuninck dismantled to be able to control all the cuts. In parallel, the three escapees fought each other, barefoot, in a combat that led to nowhere. The Tour was a powder keg.

Speed ​​was increasing in the platoon. Also the tension. And it increased so much that there was a spectacular fall, a heap that threw several cyclists down a ravine. The following television images showed more mountaineering than cycling, with the runners climbing the slope to rejoin the road. There, Simon Yates lay for a long time, one of the roosters of the race, which took a long time to get up, too much, and opted for retirement, like his teammate Lucas Hamilton. The Tour thus loses a possible protagonist for the escapades of the Pyrenees, where he had marked the stage of Andorra, his home.

The fall slowed the momentum in the peloton, who signed a truce to the finish line, a non-aggression pact with the mass arrival as a resolution. Quentin Parcher’s escape it was more anecdotal than anything else, one more proof of tranquility. The Tour advanced towards Carcassonne, a finish that, in its five previous visits, had never hosted a sprint. Ever had to be the first. The Deceuninck prepared his train, where Tim Declerq was no longer, affected by the montonera. The goal pricked up a bit. Davide Ballerini accidentally took advantage, a circumstance that Iván García Cortina took advantage of to try to surprise. Almost succeeded. Almost. Michael Morkov propelled Cavendish to the shark field, even having to slow down a bit to hand over the honor to his leader. Curtain crossed the room.

Cav has equaled Eddy Merckx’s record: 34 wins on the Tour. An unattainable mark since 1974. And he cried again. One more day. Cry when he wins, cry when he saves the out of control … and he cries because, after being evicted as a cyclist, at the age of 36, he has returned to the top. There is no one above him anymore.