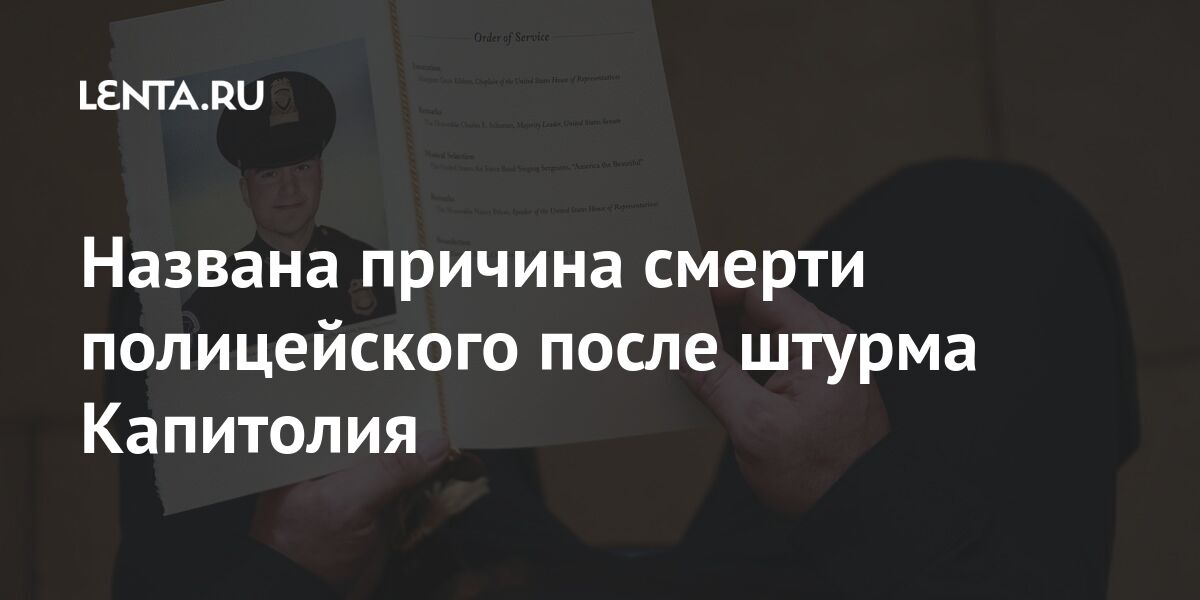 Capitol Police Officer Brian Siknik suffered two strokes and died of natural causes the day after clashing with protesters during the January 6 assault. This reason was named by the chief medical examiner of the District of Columbia Francisco Diaz, reports The Washington Post.

The ruling, published on April 19, is likely to make it difficult for prosecutors to press charges of murder in connection with the death of a police officer, the newspaper notes. Now two men are accused of attacking Siknik, they sprayed a powerful chemical on him during the riots.

Frightened by the new WhatsApp policy, people rushed to Telegram and Signal. But are they really that safe?

How the world’s largest social networks wanted to clear the Internet of lies, but censored

Diaz said the autopsy found no evidence that the 42-year-old officer suffered from an allergy that could have provoked an asthma attack. In addition, no internal or external injuries were found on his body.

The medical examiner noted that Siknik was among the officers who fought the crowd at the Capitol, and “everything that happened played a role in his condition.” He added that he could not comment on whether the man previously had a significant medical condition, citing privacy laws.

US Capitol Police Officer Brian Sicknick died at approximately 9:30 PM on January 7 (05:30 AM ET on January 8). A law enforcement officer was injured while breaking up the riots in a physical collision with protesters. In the department, he lost consciousness, after which he was taken to a local hospital.

Florentino, forceful before Ceferin: "This is not conceived in a democratic Europe"

Living amidst the bullets: a Colombian city trapped by the violence of drug traffickers, guerrillas, and paramilitaries