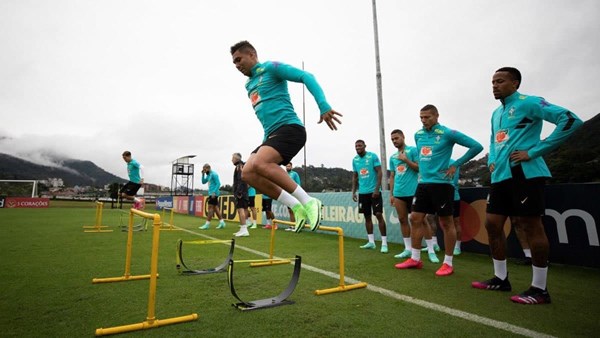 The Copa America, hosted by Brazil and kicking off on June 13, is on the cusp of another problem, after the many obstacles that the tournament faced, starting with its postponement and then its transfer from Colombia and Argentina.

However, the biggest problem is the rebellion of the Brazilian players, the owners of the land, and their refusal to participate in the tournament, as contacts were made by a number of “samba” players with other teams, to find out their position and form a unified opinion against the South American Confederation “CONMEBOL” for not holding the tournament due to fear of the outbreak of the Corona virus. .

The Spanish newspaper “AS” revealed the details of the new crisis facing the tournament, and confirmed that the players see that the health situation in the country is dangerous due to the Corona virus, and football players do not understand the interest in organizing a tournament that has faced thousands of obstacles in recent days.

The newspaper pointed out that there is a rebellion among the players led by Casemiro, the Real Madrid star, as he refused to be accompanied by his coach, Tite, in the press conference to face Ecuador in the South American qualifiers for the 2022 World Cup.

The newspaper confirmed that despite the approval of Jair Bolsonaro, President of Brazil, to hold the tournament, but there is a state of dissatisfaction on the part of the players who threaten to escalate the situation, and Rogerio Capoclo, President of the Brazilian Confederation, is trying to persuade the players and the technical staff to play in the tournament.

Brazil will start the defense of the Copa America title against Venezuela in Brasilia on June 13, and according to the statistics of the Brazilian Ministry of Health, the country recorded 83,391 new cases of the virus, in addition to 1682 deaths.