Casapound, blitz of young people against the kneeling of the Italian national team 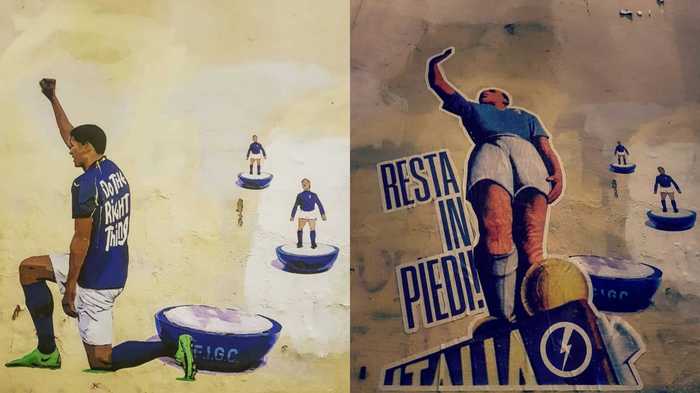 Student Block, the school movement of Casapound, expressed their opposition to the kneeling of the Italian national team in support of Black Lives Matter.

The blitz saw young activists replaced the mural made by the artist Harry Greb with a blue footballer on his knees with a copy of the poster of the World Cup in Italy ’34, organized by the fascist regime, depicting an athlete performing the Roman salute.

To make the message even more explicit the writing: “Stay on your feet, Italy”.

“We followed the artist’s advice – write the boys of the Student Block -. He was asking to do the right thing, right? In our opinion, kneeling is not a form of respect for anyone, better to stand up and look at each other “.