Cartoons on the Bay returns to L’Aquila, the winter edition is underway 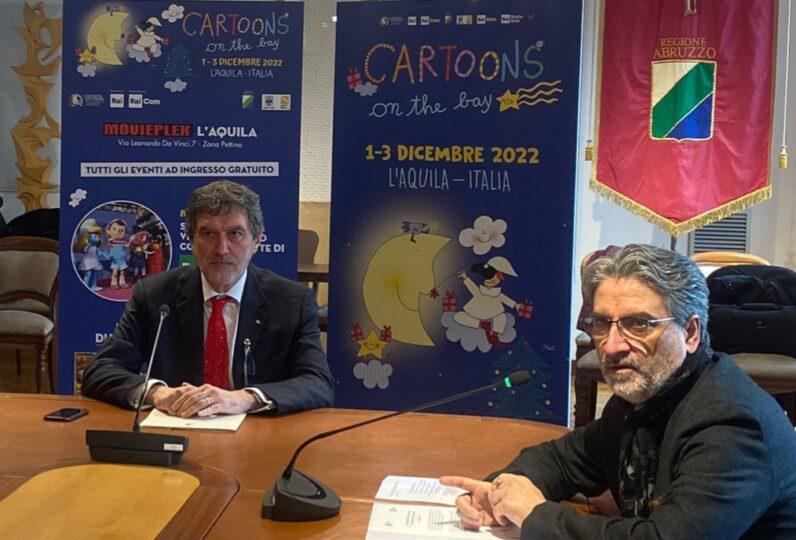 After the summer edition in Pescara, Cartoons on the Bay will return to L’Aquila with the winter edition celebrating the kids soul of the Festival, through a program of appointments and contents dedicated to very young people and families. All the events will take place at the Movieplex L’Aquila multiplex cinema (Rooms 1 and 2). “We have thought of a program that sees girls and boys not only as spectators but also and above all as active protagonists,” said the artistic director of Cartoons on the Bay, Roberto Genovesi. “With a strong involvement of schools. We also gave L’Aquila a busy program of animated feature films winners of numerous international awards and two world premieres for the whole family with the presence of the protagonist Elva Trill, already known to the general public for her interpretation in Jurassic World Dominion ‘ ‘.

Almost a thousand primary and lower secondary students will be expected from 1 to 3 December to meet the faces and characters of Rai Gulp and Rai Yoyo. Among the scheduled activities, we start on December 2 with A day with Santa, a film that tells of a holiday granted to Santa Claus: to replace him, in his tiring work, a girl, Santa Belle. December 3 will be the turn of Sherlock Santa, a film in which Santa Claus, in bed sick, repeats the word Lebanna non-stop, all this while Christmas is looming. To solve the case Santa’s assistant resorts to magic, summoning the greatest detective ever, Sherlock Holmes. Present in the room the director Francesco Cinquemani and the leading actress Elva Trill. The two previews will be joined by the screenings of the films awarded in the last edition of the Festival: Opal, winner of the ‘Best Director Pulcinella Awards 2022’ award, Belle awarded as ‘Best Screenplay Pulcinella Awards 2022’, Troppo Cattivi which won the ‘Pulcinella Awards 2022’ and the special screening The Deer King.