Carton regrets rumors of his departure from Zamalek 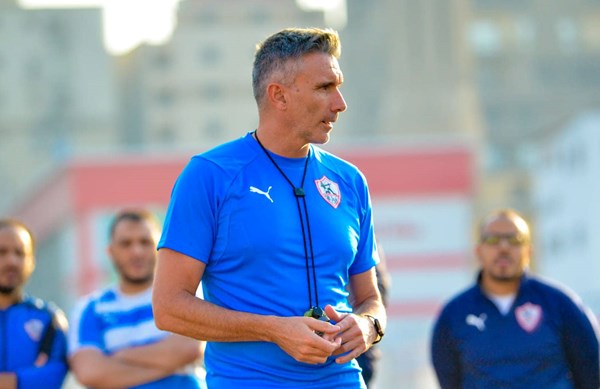 French coach Patrice Carteron, coach of the Zamalek team, expressed his regret over the rumors of his departure from the team’s training, after he traveled on vacation during the period of suspension of the Egyptian Football League at the present time.

And the coach said in statements to the official website of his club, today, Friday, that some people talked about his departure from the White Castle and not returning again, but he stressed his desire to stay and lead Zamalek to achieve championships.

The French coach explained that the fans of his club do not know that the past months were difficult for the players, and that Zamalek is competing in difficult circumstances, pointing out that the players did not complain about those conditions.

He stressed that his team would play many matches in a very short time, and also revealed the secret of his nervousness in the Ismaili match in the Egypt Cup, where he indicated that the reason for this was the referee who issued many cards to his players, which caused his anger.

Cateron said: I was not supposed to go to the stadium, or to do that, despite the arbitrary injustice that my team was subjected to. Zamalek is preparing to meet Aswan, scheduled for the 17th of this month, as part of the 26th stage of the Egyptian League.

Zamalek leads the league standings with 55 points after playing 25 games, 14 points behind Al-Ahly, the second-placed player, who played only 19 games.