Carteron: The money was not behind my departure from Zamalek, and this is the reason for my return 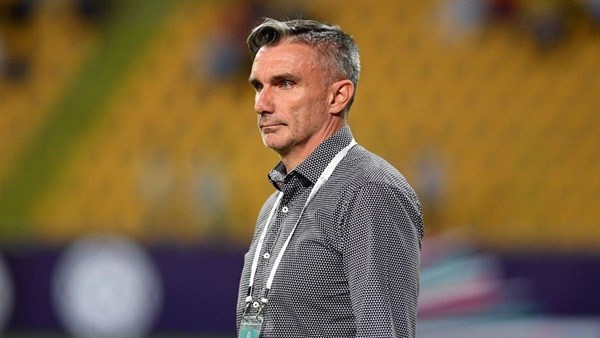 French coach Patrice Carteron, coach of the Egyptian football team, Zamalek, confirmed that the main reason behind his return to lead the team is his desire to win championships.
Carteron, who left Zamalek in September of last year, to train the Saudi cooperation, returned to the team again to lead it instead of Jaime Pacheco. In a press conference held today at the Zamalek club headquarters, Carteron said that he decided to return again to lead Zamalek to win titles and championships with the club.
The French coach thanked the Zamalek board of directors for his full confidence in his technical capabilities, in addition to granting him all technical powers and his support in all special decisions for the benefit of the team.
He explained that he did not leave Zamalek in the first state due to the money, but indicated that there were many problems that he faced during that period, but he refused to go into details about them.
He added that he seeks to build a strong team to compete for championships and titles in the coming period, adding that his contract with Saudi cooperation was for a period of two seasons, but he was surprised by the administration’s desire to overthrow him after only two months had passed.
He explained that he spoke with the Saudi Al-Taawon players about his goals and aspirations with the team, but the level of the players did not help him achieve his ambitions.
Carteron had led Zamalek in his first match against Esperance, Tunisia, in the fourth round of the African Champions League, where the Egyptian team lost 0-1, dwindling his hopes of qualifying for the quarter-finals of the competition, by occupying third place in Group Four with only two points, 8 points behind leaders Esperance and 6 points behind second-placed Mouloudia Algeria.
At the level of the league championship, Zamalek tops the competition standings with 33 points with 14 matches, while its traditional rivals and defending champion Al-Ahly are second with 27 points, after only 11 games.

Reader ‘s opinion How did the development of the atomic bomb begin?