Cartel segmentation has given way to 227 active criminal gangs 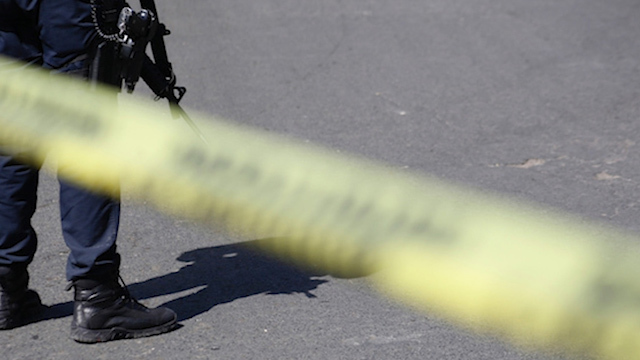 The operation that ended with the death of TOrturo Beltrán Leyva in 2009 marked the beginning of extinction of the criminal organization he ran; Ten years later, at least 10 antagonistic and unrelated fractions emerged from the same group, scattered in thirteen states of the Republic.

The phenomenon was replicated when they disappeared Los Zetas, the Gulf Cartel, the Michoacan Family, or even with the arrest of the drug trafficker Joaquin ‘El Chapo’ Guzman, events that would have led to the restructuring of the 227 criminal groups that have been identified in Mexico and that today are fighting for control of illicit markets.

The hornet’s nest kicked in with the government’s policy of capturing and killing criminal leaders would have represented a reconfiguration in the mexica criminal mapnor today monopolized by two cartels and 73 related cells, 49 splits and 29 gangs, gangs or families, which the administration of President Andrés Manuel López Obrador has decided to confront with “hugs and not bullets.”

This is shown in the Criminal Map 2019-2020, prepared by Lantia Intelligence, that since 2008 has collected government reports, research and academic studies, verified journalistic notes and continuous monitoring of social networks to break down the activities of the organized crime which has emphasized drug trafficking, drug dealing, extortion, collection of land rights, high-impact crimes (robbery from carriers, railroad or human trafficking) and theft of hydrocarbons.

According to the report, as of December 2019, the leadership in terms of Criminal organizations they would have it Sinaloa Cartel with 37 cells in 28 entities, and the Jalisco New Generation Cartel with 36 cells throughout the country with the exception of Sinaloa -and a split, the Nueva Plaza Cartel-, organizations with a presence in Asia, Latin America, the United States and Europe.

Although Los Zetas, the Gulf Cartel, the criminal Organization of Los Beltrán Leyva and the Knights Templarios-La Familia Michoacana are no longer considered cohesive organizations, Lantia Intelligence managed to identify at least 48 groups from these; as well as 29 local and regional organizations identified by their roots, economic, weapons and deployment capacity in at least 16 entities of the country.

The report emphasizes that although there is no state that does not have criminal organizations, “The criminal presence by itself is not a reason for violence or an absence of the State or criminality”, however, the consultant recommends “targeting material and human resources against those that are most harmful to citizens.”

75 thousand 888 elements of the Mexican Army for “Operations for the Construction of Peace” in 28 strategic positions with reinforcement operations in Chihuahua, Guanajuato, Jalisco, Michoacán, Zacatecas, Baja California and Tamaulipas; 6 thousand 854 elements destined to security in strategic facilities and 3 thousand 887 destined for the eradication of illicit plantations; while the Armed Navy maintains an operation with 6,889 elements to combat arms and merchandise trafficking.