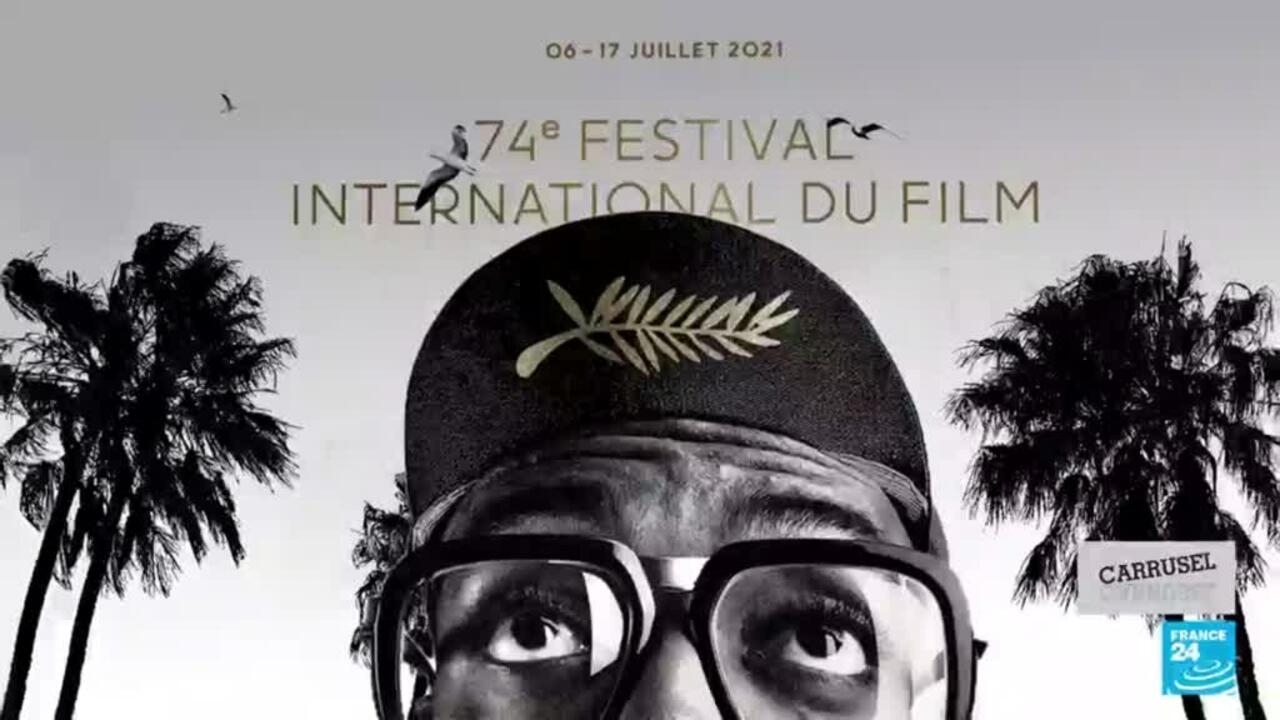 Stars of the seventh art, journalists and onlookers once again filled the streets of this city on the shores of the Mediterranean, within the framework of the Cannes Film Festival. An international and diverse edition, after a year of silence due to Covid-19. The irreverent Spike Lee chairs the jury and captures the poster for this edition with his eyes.

Cannes shines again through its prestigious film festival. A contest that resumes with auteur cinema, after a year of absence due to the pandemic. Sanitary measures are extreme but essential in this massive event that brings together multiple artists and more than 5,000 journalists from around the world, in this small and sunny seaside resort on the French Riviera.

Every night it promises a parade of stars on the red carpet of the Palace of Festivals. This year, the film competition brings together 24 candidates for the Palme d’Or. And from this select group, some films have created great expectations.

France presents the highest number of films in contention for the Palme d’Or, seven feature films in total. In the French bouquet, in addition to ‘Annette’, there are Bruno Dumont (‘France’); the prolific François Ozon, with ‘Tout s’est bien passé’, or the winner of the Palme d’Or in 2015, Jacques Audiard (‘Les Olympiades’). Two French directors will try their luck: Catherine Corsini, with ‘The Fracture’, and Julia Ducournau, who promises to create a shock wave on the Croisette with the ultraviolent thriller ‘Titane’.


Without a doubt, the most glamorous cast on the Cannes red carpet is that of ‘The French Dispatch’, the French fantasy of the highly respected Wes Anderson, which features a shower of stars from Hollywood and the old continent, from Bill Murray to Frances McDormand, passing through Timothée Chalamet, Saoirse Ronan or Benicio del Toro.

The Italian Nanni Moretti is also in contention with ‘Tre pianni’, as is Sean Penn, who presents ‘Flag Day’. One of the aspiring films for La Palma was filmed in Colombia, ‘Memoria’, by Apitchapong Weerasethakul, who rose to fame precisely in Cannes in 2010, when he took the Palma for ‘Uncle Boonmee who remembers his past lives’. The Thai could raise a second statuette with ‘Memoria’, a drama starring the chameleon Tilda Swinton.

Spike Lee, the irreverent chairman of the jury

Shelton Jackson Lee, better known as Spike Lee, is, at 62, one of the most astute directors in Hollywood. Committed to a special political cause: the defense of the rights of the African American community in the United States. For three decades, his films have denounced issues that are still current: racism or violence and discrimination against African Americans. He does, however, always with a good dose of sarcasm and humor, ingredients that have allowed him to step on the Cannes red carpet countless times.

This year he will do it as president of the jury. A postponed recognition due to the health crisis last year, and that the filmmaker gratefully accepted. Lee is the first figure of color to preside over the jury at a major international film festival. Cannes has given her this recognition not only for being one of the sharpest directors in Hollywood; He has also had a long relationship with Cannes, since ‘She’s gotta have it’ (1986).

Each year, the Cannes Festival is accompanied by two parallel sections: the Critics ‘Week and the Directors’ Fortnight. The latter seeks to reveal new ways of making cinema and is directed by the Italian Paolo Moretti, who spoke with us.

This year, the Fortnight selected three Latin American films from Uruguay, Costa Rica and Brazil in its feature film category.