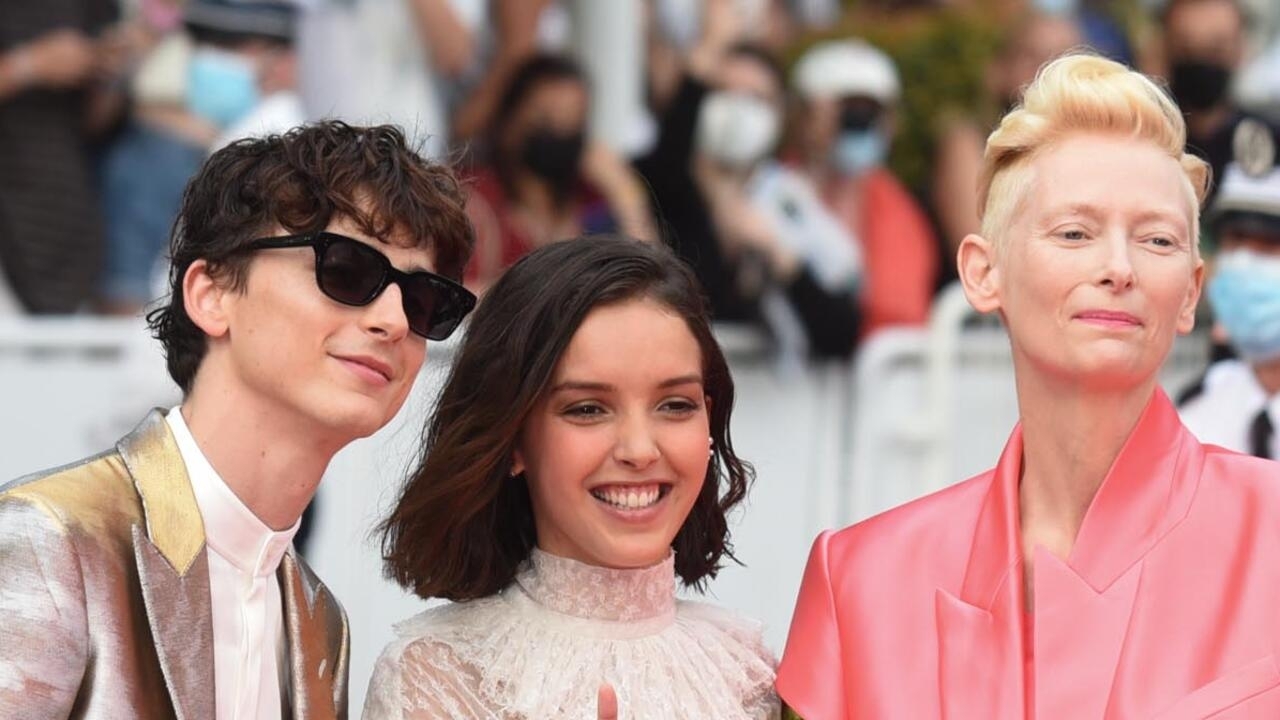 The 74th edition of the largest film festival in the world brought great movie stars to the French Côte d’Azur. The Mexican film ‘La civil’, screened in the section A certain look, received long applause after its screening. Likewise, a Uruguayan and a Spanish film were shown, present at the Directors ‘Fortnight and the Critics’ Week.

The public was looking forward to them and most made their appointment on the red carpet. Starting with the acclaimed Jodie Foster, who received from Pedro Almodóvar the Palm of Honor for her brilliant career.

Another great woman of the seventh art to step on the red carpet was Catherine Deneuve. She was received with an ovation in the room where her latest performance, ‘De son vivant’ by the French Emmanuelle Bercot, was screened. The same room where Jacques Demy’s ‘Les Parapluies de Cherbourg’ was screened in 1965, his first great success that garnered a Palme d’Or. His return this year to the red carpet also marks a victory for the French superstar who suffered from health problems . A stroke in 2019 put his work in parentheses.

Actor Matt Damon was also applauded, even to tears. Excited to see full theaters again, Damon presented Tom McCarthy’s ‘Stillwater’ (A Matter of Blood), about an American driller who travels to Marseille to try to free his daughter from jail. Sean Penn presented his latest opus as a filmmaker and actor, ‘Flag Day’. He walked the red carpet with his daughter Dylan, who plays the author of the book that Penn brings to the screen, a story about a scamming father in the ’70s and’ 80s.

One face that was conspicuous by its absence was that of French actress Léa Seydoux, who tested positive for Covid-19 this year in which she stars in four films in the competition, including Wes Anderson’s highly anticipated ‘The French Dispatch’. A film whose cast caused a great sensation in the public with its arrival by bus on the red carpet.


On the other hand, the general delegate of the festival, Thierry Frémaux, denied rumors about a possible source of contagion in Cannes and recalled that among the 2,500 tests that were carried out, only three have tested positive.

The first week in Cannes also brought its dose of controversy, from the hand of Frenchman Pio Marmaï, who plays a trucker and a yellow vest in Catherine Corsini’s film ‘La Fracture’. The press withheld an excerpt from the press conference in which the actor declared that he wanted to break the face of President Emmanuel Macron. And although it was a dialogue from the film, it caused great outrage in the political class.

‘La civil’, the drama of kidnapping in Mexico

A Mexican film drew applause at Cannes. ‘La civil’, by the Belgian-Romanian director Teodora Ana Mihai, was screened in the selection A certain look. A moving and harsh film about a mother looking for her daughter kidnapped by a cartel.

Faced with the immobility and disdain of the authorities, Cielo decides to do her own investigation, associating herself with a military man with unorthodox methods, who introduces her into a spiral of violence.

The film is based on a true story that Romanian director Teodora Ana Mihai heard in the voice of a victim, a Mexican mother searching for her kidnapped daughter.

The Directors’ Fortnight, a parallel section of the Cannes Festival, presented ‘The employee and the boss’ by Manuel Nieto Zas, a film that takes us to the countryside, between Uruguay and Brazil.

A young landowner must hire a local young man, almost his age, who needs to feed his family. A terrible accident on the plantation brings these two men closer together. The director Nieto Zas explores here two very different worlds, and shows the reality of rural life.

The film stars Argentine actor Nahuel Pérez Biscayart, who shook Cannes in 2017 with the French ‘120 beats per minute’. This time, the French public discovered him in a tape spoken in Spanish that took him to a nearby but different country.


In the parallel selection, Critic’s Week, the Spanish film ‘Libertad’ by Catalan Clara Roquet was screened. The film brings us closer to awakening to adolescence of two girls, Nora and Libertad, during a summer vacation.

Nora, 15 years old, spends her vacations at her grandmother’s house. There he meets Libertad, a teenager his age, who has just arrived from Colombia to be with her mother, who works as an employee in that house.

The girls’ friendship story is interspersed with the personal conflicts experienced by the other characters, while the complicated relationship between mothers and daughters is explored.

Clara Roquet’s ‘Libertad’ was in the competition for the Golden Camera for Best First Film at the Cannes Film Festival.