Carolina: “I will cry with every medal from Spain in Tokyo” 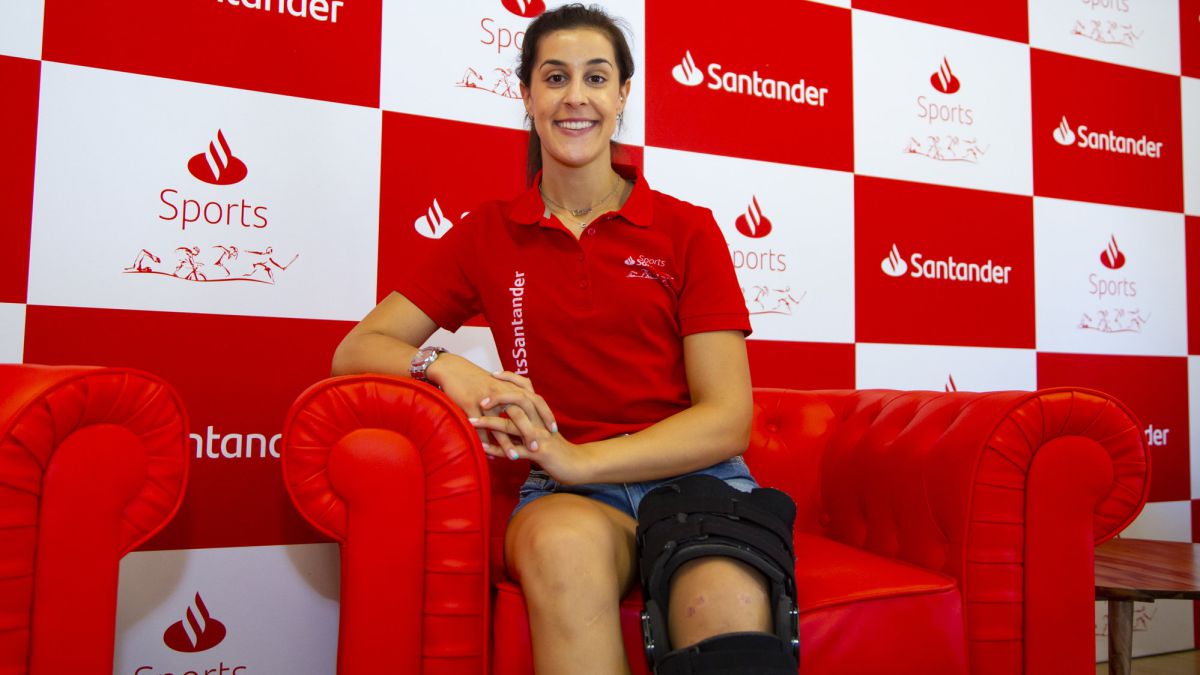 Carolina Marín (Huelva 28 years old) He saw a month ago how a serious injury to his left knee truncated his goal of defending Olympic gold in Tokyo. An ordeal that she already lived, although in her right leg, and from which she was able to overcome with a lot of effort to become the best player in the world again. The Andalusian once again travels that path with renewed objectives while she will cheer on the Spanish Olympians at the Games from her home.

-After everything that happened to recover from the injury to his right knee, with Tokyo as a great goal, the other one fails and the Olympic appointment is lost. How do you deal with such an obstacle?
– That happens is very hard. But I have to say, I’m not having it alone. All my team accompanies me. The same one who has been in the good moments, also shelters me in the bad ones. And that is something to be grateful for … but not even that would be enough to express the gratitude I feel. They are waiting for me 24 hours. The figure of María, my psychologist, is being a key figure in this process. Because in the end I share everything with them and thus I can assume why all this has happened to me. And, on the other hand, in my head I repeat myself to reassure myself that these Games were not for me. The amount of stones that I have found on the way have been enormous (not only the injury, he also lost his father …). And the next Games are in three years, which gives me more peace of mind.

-Will you be able to watch the Games without causing feelings of frustration?
-I’ll see you, no doubt. Because I am calm, focused on my recovery. I am not going to deny that it will make me very angry to see him from the sofa and not be present. But at the same time very happy that my friend and colleague Clara Azurmendi has been able to qualify and that there is another representative of Spanish badminton. I wish you the best, they are your first Games and I hope you enjoy them. I have always supported her and now much more.

-What would you be excited to see at the Games?
-May Spain win the more medals, the better. All athletes leave their skin to arrive as well prepared as possible at the Games and I will cry with joy with each medal they achieve, that’s for sure (laughs). Hopefully many times.

-You who share so many moments with so many athletes in the CAR. Isn’t there a medal that can make you look special? Besides one in badminton, obviously.
-Uf, there are many. Many people from athletics or Lydia Valentín… For example, if Sandra Sánchez and Damián Quintero won a medal, who train right on the top floor where I do it, they will be their first and last Games, so they sure have all the illusion of the world. Also canoeing boys like Saúl Craviotto… There are so many. In the end, you end up having a lot of relationship with Spanish athletes of all disciplines and I am going to send them all the possible encouragement.

-In the meantime, you will have that December World Cup in Huelva in your mind … Does it be in your city that you will give even more to try to recover in time?
-To this day, yes. I’m sincere. If the World Cup were anywhere else, and with the injury that I have, I would be very hesitant to force myself to be there. But being in Huelva, and with what we have fought to achieve, we are going to do everything possible. It’s six months, the time is too limited, you have to be realistic. But as the date gets closer, we will assess how the knee is … And most importantly, how confident I am. But of course I will give everything to try to be recovered in time.