Carlos Reutemann died: why Lole was not a candidate (the truth, not the myth) 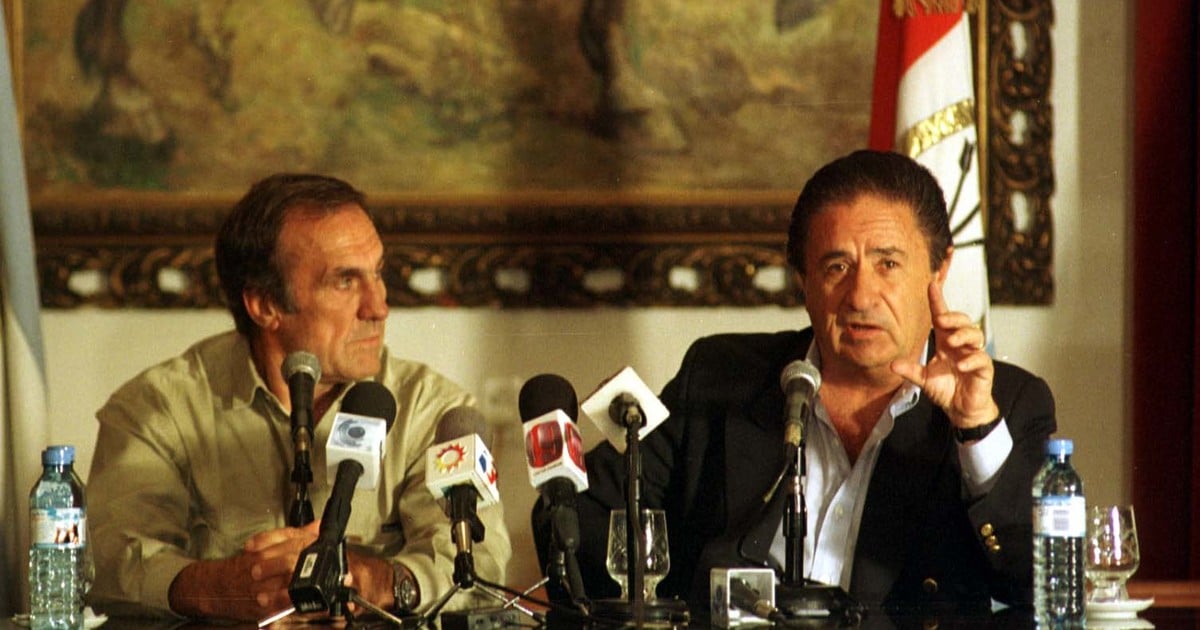 Carlos Reutemann died without being president, and without being able to deny the legends. One of them – which has been repeated today – is about the reasons for his rejection of an offer from the PJ to be a presidential candidate in 2003.

That candidacy was offered to him by Eduardo Duhalde, who was president in 2002. In the book “Macri Confidential: Pacts, Plans and Threats” (Buenos Aires: Planeta, 2016), I collected the account of Lole himself and other witnesses on that proposal. It is literally told there:

The Duhalde choreography to win a candidate for president for the 2003 elections was not a minuet but a malambo with boleadoras. Carlos Reutemann resigned the application. “I would not know what to do with the situation in the country,” he told me in those days. “Also, with the atomic bomb there…”. What is the atomic bomb? “The piqueteros”, I explain.

“The problems are very serious, jobs have to be created and conditions are not the best. You can create jobs, but not everyone is going to be a Toyota employee, “he said.

Macri’s no followed and Duhalde pointed to José Manuel de la Sota. He called him to Puerta and offered to be his candidate for vice president. It happened at a meeting they had at the City Hotel, a few meters from the Government House.

Puerta accepted, but found out from the newspapers that Duhalde was taking him down and that he was putting Nestor Kirchner as a candidate. Duhalde took a plane and went to see him at Puerta at his home in the Apostles. He offered to be Kirchner’s vice candidate. Puerta said no. “With De la Sota I can be vice, because Córdoba is bigger than Misiones, but not with Kirchner. By the way, Do you know Kirchner well? “. “I don’t really know him very much,” Duhalde replied. “Now I’m going to tell you”, Puerta told him and sat him down to give him a four-hour seminar on who Nestor Kirchner was.

Duhalde has never forgotten that lesson because the presumptions of the missionary they were fulfilled and with excess.

Duhalde clarified some of that story in a dialogue on TN. He also recounted Lole’s entry into politics and that it was he who, before 1991, traveled to Santa Fe to offer the candidacy by indication of Carlos Menem.

In this plot we must add the performance of the leader of that province Carlos Funes, called “El Chango”. This politician had an important performance together with Juan Perón, who was said to be an advisor and promoter of his return, from Menem, for whom he created the advertising slogan “Follow me” for the 1989 campaign.

Funes was the one who pointed out to Menem the convenience of bringing him closer to Reutemann and who put them in relationship. Funes was a national legislator and died in 2001 when he was a national senator for his province.

Lole he was elected governor in 1991 and in 1993 he just joined the PJ. Menem sent Jorge Yoma as controller in the PJ of Santa Fe to support Lole’s autonomy against the so-called “Cooperative” of local Peronist leaders.

Yoma modified the party’s charter to allow Reutemann to assume the party presidency without serving two years as a member. The same thing that today Duhalde reproaches Máximo Kirchner for being president of the PJ of Buenos Aires.

Reutemann assumed the presidency of the party, nominated Jorge Massat as national senator, instead of Liliana Gurdulich. In 1993 topped the list of conventional constituents, which he made. Among them was Horacio Rosatti, today a member of the Supreme Court of Justice.