Carlos Reutemann died: the intimate memories told by his brother and nephew 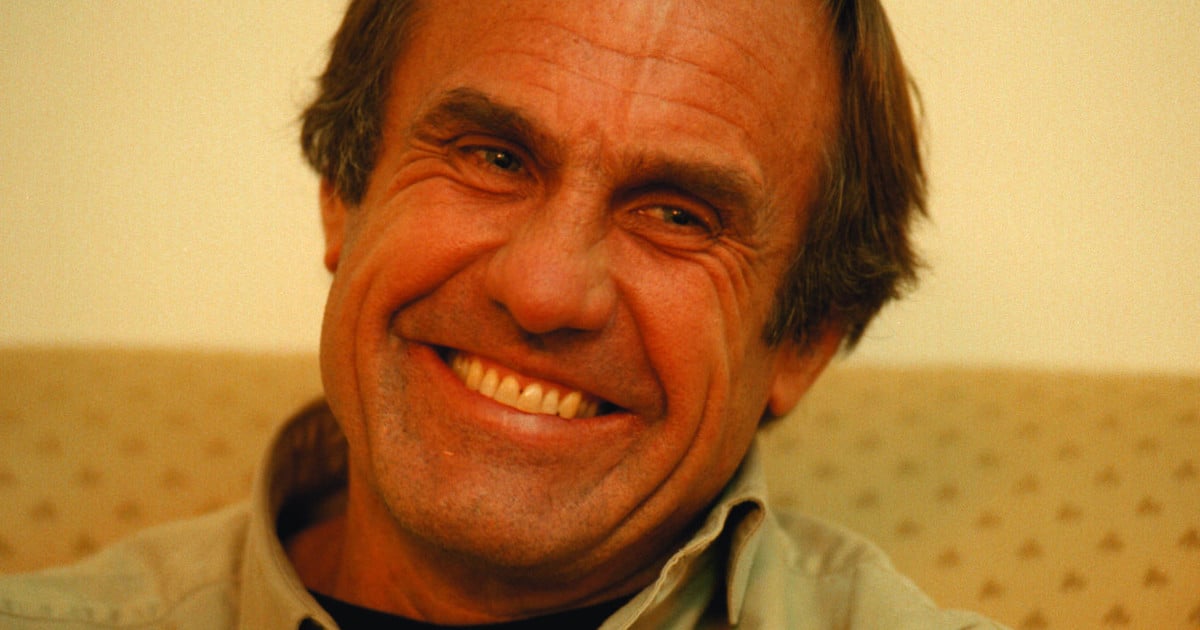 The brother of the late senator and former governor of Santa Fe, Carlos Reutemann, Enrique, and his nephew Federico remembered ‘Lole’ as a “idol” he wanted “give back to society what he did for him“And they added that” he did the best he could “for people, from the places where he served in politics and also in sports.

“He was a man who wanted to give back to society what he did for him, so accepted the governorship and he worked for his province. He did the best he could, with affection and with flaws. Where he arrived I was an idol, it was as if Maradona or Monzón arrived“Enrique stressed in memory of his brother.

The senator and former governor of Santa Fe, Carlos Reutemann, died this Wednesday in a sanatorium in his province after his hospitalization from a picture of anemia and dehydration with which he was admitted and which led to a gradual deterioration of his health.

“This is the most difficult race, maybe it has a checkered flag“Enrique said that Lole told him while he was in the hospital bed.

As an omen, the former athlete up had refused to go back through intensive care when the doctors recommended it: “I was already tired, I had fought too much“the brother recalled.

Enrique Reutemann: “My brother was an incredible person.”

In those sanatorium talks, Enrique asked him a fundamental question: “I asked him if he preferred the government or F1 and he told me that Formula 1 was easier“.

“The wear on a ruler is very great, every day they have 20 problems“He revealed that he confessed to him.

On the beginnings in motorsport, Enrique gave details of how the passion started of Reutemann for the races. “The sensitivity of driving cars he acquired it in the field, next to the Rio Salado. He did the track like Monte Carlo and there he practiced. Then he made his debut in Turismo Mejorado in 1965 with Américo Grossi and immediately began signing autographs ”.

And he continued: “Everything that Carlos achieved throughout his life is exciting. He debuted in 1972 setting the best time alongside pilots such as Jackie stewart. I followed all the campaigns for the magazine The graphic and with the radio of Carburing. We didn’t miss any details, ”he recalled.

He recounted that once his time as a runner was up, his brother could have chosen to live anywhere of the world “but what he liked the most was the smell of damp earth by Llambí Campbell, which is where he had the field, for him there was no better place. He was a simple person”, He expressed.

“He never regretted going from sports to politics because politics filled a void of life“he said, adding that Lole” got up early to attend to people. “

His nephew follows in his footsteps in politics

The provincial deputy for Santa Fe and the runner’s nephew, Federico Reutemann, remembered him as a “strong, sincere, honest” person who won almost “all the elections he ran for“.

“It is not easy to get to the Santa Fe governorate twice, three times as a national senator, they wanted me to be president. He won every election he ran for except the last one. He always said ‘that the people send me to my house and not the leaders‘”, detailed the provincial deputy.

He also commented that he retains the memory of “having traveled the province with him” in the 1999 campaign, which was his “first time as a provincial deputy.”

“I will thank you for life that I have introduced in the world of politics, “he added.

In addition, he mentioned the last time that they went out together was “to vaccinate him” and he stressed that this was one of the final occasions when he went out on the street since he had opted for take refuge at home since the beginning of strict quarantine back in March 2020. “That day he again noticed the affection and affection of the nurses who greeted him and took selfies“.

“He intended to continue in politics but he knew that his body was leaving him“concluded the nephew of the former Santa Fe governor.

Reutemann’s death was reported by his daughter, Cora, through a tweet on the social network Twitter, minutes before 2 p.m.

Dad left in peace and dignity after fighting like a champion with a strong and noble heart that accompanied him to the end. I am proud and blessed for the father I had. I know that he will accompany me every day of my life until we meet again in the house of the Lord🙏🏻 pic.twitter.com/84wo3WgfTg

“Dad left in peace and dignity after fighting like a champion with a strong and noble heart that accompanied him to the end. I feel pride and blessing for the father I had. I know that will accompany me every day of my life until we meet again in the house of the Lord, “published Cora Reutemann when it was 1:56.