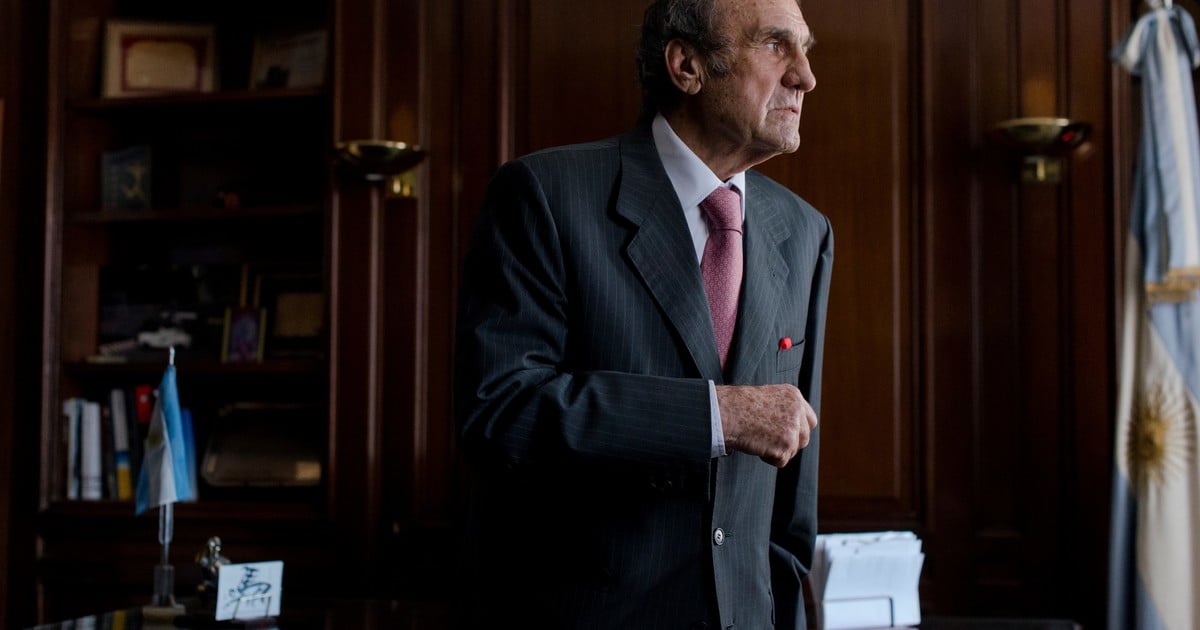 After the decline in his health this Sunday, Carlos Reutemann continues with a reserved prognosis but “remains stable“, according to the medical report this Monday.

In the statement from the Sanatorio Santa Fe, signed by Dr. Sebastián del Pazo, coordinator of the clinical department, it was reported that “responds favorably to the therapeutics instituted “, although no further details were provided.

“Continue with reserved forecast“It was reported in the document in which it was explained that Reutemann” maintains laboratory variables within acceptable limits. “

The evolution of your health

This Sunday, from the sanatorium, they reported that his health had experienced “a setback.”

“After a few days of being clinically stable, resubmitted a subfebrile record. The corresponding diagnostic studies are carried out. It continues with a reserved forecast “, they had detailed then.

The 79-year-old former governor of Santa Fe had received transfusions the week before and his family came out to publicly request the collaboration of blood donors.

This Saturday it was also reported that the Lole she was receiving nutritional support as part of her treatment, and the news had been more auspicious. “Motor rehabilitation therapy began,” they detailed in the medical report that day.

The fever had been one of the symptoms he had experienced when your condition worsened in the first week in intensive care.

Mariana Reutemann published this Sunday a new message on social networks to join the demonstrations of support and solidarity under the slogan “Strength, Lole.”

“For many more moments of complicity like that, dad,” wrote the senator’s youngest daughter

Through her Twitter account, she had already shared an old photo this Saturday playing with her father when she was a child and added: “My lion” and “Fuerza Lole.”

Before being hospitalized in the city of Santa Fe, the former runner had spent a week in home hospitalization.

On Friday, May 21, he had returned home after being treated at the Sanatorio Parque de Rosario, where he underwent surgery due to intestinal bleeding.

On Sunday 30, new problems appeared with a picture of anemia and dehydration, for which they had to take him back to a general ward and two days later he went to intensive care.

According to the doctors, Reutemann’s evolution was conditioned by pre-existing pathologies. Among them they mentioned that he suffers from “chronic liver disease and long-standing portal hypertension.”

In 2017 it had been operated in the United States for a Liver cancer.