Carlos Alcaraz makes history: he became the youngest player to reach the third round of Roland Garros since 1992 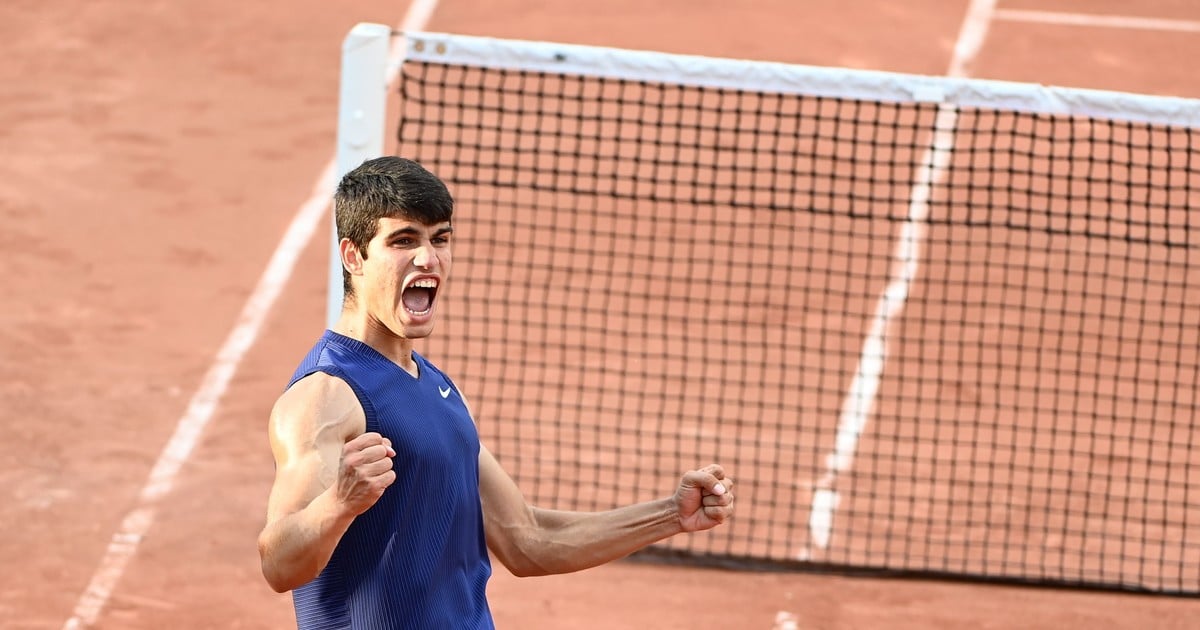 Since he burst onto the big world tennis scene at the beginning of last year, when he won his first ATP match in Rio de Janeiro at just 16 years old, Carlos Alcaraz placeholder image is designated as the heir of Rafael Nadal. Owner of a powerful and aggressive tennis, quick to move on the court and with a competitive mentality, the Murcian seems destined to be the great star of Spanish tennis in the not too distant future. And although he prefers not to compare himself with the Mallorcan and make his own way, he does not stop breaking records and adding victories that give the reason to those who call him the “Rafa’s successor“.

This Thursday, with a resounding 6-4, 6-2 and 6-4 victory against the Georgian Nikoloz Basilashvili, 31st in the world, Alcaraz wrote his name in the big tennis statistics. Because at 18 years and 29 days, he became the Youngest player to reach the third round at Roland Garros in 29 years, from the Ukrainian Andrei Medvedev, who arrived at that instance in the 1992 edition with 17 years and nine months.

In addition, he is the player of youngest to get into the third round of a “big” since Nadal himself did it at the Australian Open 2004 with 17 years and seven months.

The ward of Juan Carlos Ferrero placeholder image, an emblem of the golden generation of Spanish tennis led by Nadal, is one of the great sensations in Bois de Boulogne. After surpassing the classification to get into the main draw of the Parisian tournament for the first time, he defeated his compatriot in his debut Bernabe Zapata Miralles and it marked a milestone for the “great” Frenchman.

Alcaraz plays in a sleeveless Nike shirt, as Nadal used to do in his early years. Photo EFE / EPA / CAROLINE BLUMBERG

Because he was the youngest to win a match at the tournament since Novak Djokovic’s victory in the 2005 first round against the Spaniard. Robby Ginepri, when he had just turned 18 years old.

What’s more, the Murcian got his first victory in Paris earlier than Nadal, who was 18 years and 11 months old when he won his first match on French brick dust, in which he has accumulated 13 titles. Likewise, Carlos warned: “When Rafa won his first game then he won the tournament, I can’t compare myself to him.”

In the second round, Alcaraz – who plays in a sleeveless Nike shirt, as he used to do Rafa In his early years, he showed his competitive spirit and dominated Basilashvili, a tough opponent on any surface, with authority. The Spaniard finished with 27 winners, 10 aces, won 78 percent of points with the first service and got six breaks for and two against.

His next rival will be the German Jan-Lennard Struff, 42nd, who beat Argentine Facundo Bagnis in three sets on Thursday.

Alcaraz will face in the third round the German Struff, executioner of Bagnis. Photo EFE / EPA / CAROLINE BLUMBERG

Born in El Palmar on May 5, 2003, Alcaraz began to attract attention from a very young age. He got his first ATP points at the age of 14 -at a younger age than Nadal did-; At 15 he became the youngest to achieve a triumph in a challenger, by defeating Jannik Sinner in the debut in Alicante; and last year, at 16, he beat Albert Ramos Viñolas in Rio and won his first victory on the most important circuit in professional tennis.

This season, he started it with everything, because he surpassed the qualy of the Australian Open -which was played in Doha, due to the restrictions in force in the oceanic country- and he gave himself the pleasure of being the first player born in 2003 to qualify for a Grand Slam main draw. In Melbourne he could barely win a game, but that experience was a great push and since then his evolution has not stopped.

A couple of weeks ago, he had the pleasure of playing against Nadal in the second round of the Madrid Masters – he lost 6-1 and 6-2 – and seven days later, after conquering the Oeiras Challenger by beating in the final Bagnis, got into the top 100. In January of last year, it was 490 ° and at the beginning of this year, 141 °.

His talent and his great performances are exciting, but Alcaraz has his feet on the ground and Ferrero must have a lot to do with that.

According to Ferrero, his coach, Alcaraz’s game is more like Federer and Djokovic’s than Nadal’s. Photo EFE / EPA / CAROLINE BLUMBERG

“Everything that is said about Carlos as Rafa’s replacement, I think it is not a good thing for him. It is an added pressure that is put on him. It does not serve much. I like to think that we have another player who has a lot of potential. With his game and his way of approaching game by game, face to face with the players, makes me trust that he will be very good. But you have to go step by step. He knows it, “commented his coach a few weeks ago in Madrid.

What’s more, for the former number one, his pupil’s game is more like Federer or Djokovic’s than Rafa’s.

“He is very aggressive all the time. He plays close to the baseline. He is not your typical tennis player who only plays on clay. He also likes to play on hard court and loves to play on grass. If I have to compare him to someone else, his The game is very similar to that of Novak or Roger. He is aggressive from the back of the court and goes up to the net to finish the point, “said Ferrero.

Although his tennis is more reflected in those of the Serbian and the Swiss and although he wields the racket with his right and not with his left, like Nadal, Alcaraz has all Spanish tennis in love, who already sees his future as the “new Rafa “. And what the Murcian is doing in Paris only fuels the illusion.