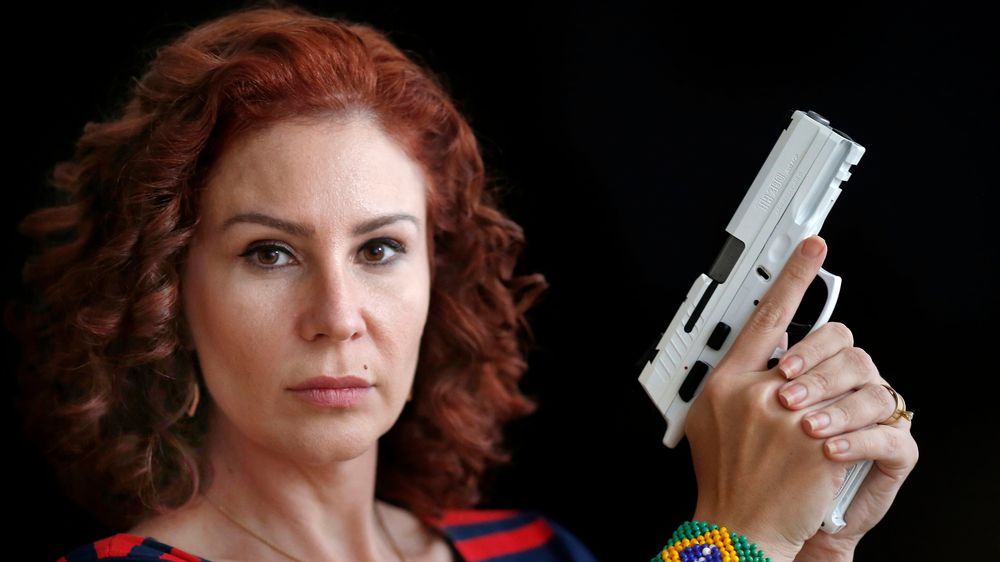 The Brazilian deputy Carla Zambelli, 40, has that impudence that makes the national populists so attractive in the eyes of millions of voters around the world. She is a patriot, proud right-winger, conservative, gun lover, and royalist in a republic. She embodies the so-called politics without complexes, the war without quarter against the politically correct, Lula da Silva and the Workers’ Party (PT), communism … But, above all, she is the most faithful squire of Jair Bolsonaro. If ever by conviction or political calculation you have doubted him, it has not transpired. Her loyalty has just been rewarded with a position in one of the most sensitive issues in Brazilian foreign relations: president of the Environment commission of the Chamber of Deputies.

Zambelli represents that third of those surveyed who maintain unwavering support for Bolsonaro’s government management while, at the worst moment of the pandemic, the percentage of those who see him as the first culprit of the huge health crisis soars to 42% , according the Datalfoha of this Tuesday.

The deputy, who declined to attend this newspaper, is a visceral antipetist, fond of provocations and anger in networks, where she has more than five million followers. He has come to ask for military intervention in the Supreme Court from what appears to be an official car. Precisely the court that is investigating her for spreading false news and undemocratic acts. The same asks for signatures against a judge, who disqualifies Lula and other opponents of the far-right Bolsonaro or supports in the name of freedom and just a few days ago protests against confinement. He has a fluid relationship with the president’s children.

Upon taking office in the environmental commission, on Friday the 12th in Brasilia, the deputy left two clear messages. “The biggest environmental problem in Brazil is sanitation.” Yes, the 100 million people without access to sewerage. To dispel doubts, he repeated it twice in a speech in which he pledged “to strengthen the fight against illegal deforestation” in Amazonia. For the rest, he recited the Bolsonaro Government’s mantra: Brazil conserves much more flora than any country that criticizes it, its environmental law is the most restrictive in the world, its greenhouse gas emissions are low…. Later, in a interview with Estadão, attributed the increase in deforestation “to circumstances”, nothing to do, according to her, with this government. Since Bolsonaro took office, the environmental inspection bodies have been notably weakened. In tune with his boss, he attacks environmental NGOs and tries to summon them to account for their finances.

The bolsonarista took the opportunity to send another message. “To the press that calls the president misogynistic and sexist”, he called attention to the appointment of three deputies to the head of as many parliamentary committees precisely the week of March 8. The day the current president snapped at a fellow deputy who was so ugly she didn’t deserve to be raped is one of the most infamous in his long political career. As the problems accumulate, Bolsonaro multiplies efforts to tie up his support in Congress, which ultimately decides whether or not to cut off the head of a president.

A redhead with a very white complexion and a suggestive mole next to her mouth, she was born in 1980 in Riberão Preto (São Paulo). Drawing on her experience as a KPMG consultant for large companies, protests against the old politics in general and Dilma Rousseff in particular turned her into an anti-corruption activist. She was one of the protagonists of the movement generated in social networks that took millions of middle-class Brazilians to the streets shouting “out Dilma, out PT and Lula, to jail.” His videos and slogans offered cheekiness, authenticity. They went viral. That helped to illuminate the political phenomenon led by a mediocre deputy who knew how to take advantage of the general fed-up, social networks and misinformation.

Parliamentarian Zambelli enthusiastically embraces even Bolsonaro’s nostalgia for the dictatorship. When he inherited his office in the Chamber of Deputies, he asked to keep the portraits of the presidents of the military regime, which decorated the room. Then she posed smiling for the press before the black and white photographs of the generals, as she also posed proud days ago with a white pistol after the aforementioned interview.

Zambelli’s political idyll with Bolsonaro seems bomb-proof for the moment. When the former judge Moro broke with the president, in April 2020, she elected the president even though it meant turning her back on the hero of the anti-corruption crusade who two months earlier was best man at her wedding to a military policeman in a Masonic temple. The recent break after the birth of her baby is the first since she started working at the age of 13, according to the parliamentarian on the day of her last appointment.

When the attorney general recently buried the investigation of the Lava Jato corruption scandal, it was not heard shouting like a few years ago: “Federal Court, the people are here, we are not going to accept that you end Lava Jato.” The time has changed. That activist who chased deputies through the corridors to render accounts to the people via Facebook is now a deputy with the mission of keeping the ranks tight with her sights set on a re-election of Bolsonaro.

Subscribe here to the EL PAÍS América newsletter and receive all the informative keys of the present time of the region.