Carla Vizzotti supported the health pass: ‘If there are discomforts, it is logical that they are for the one who was not vaccinated’ 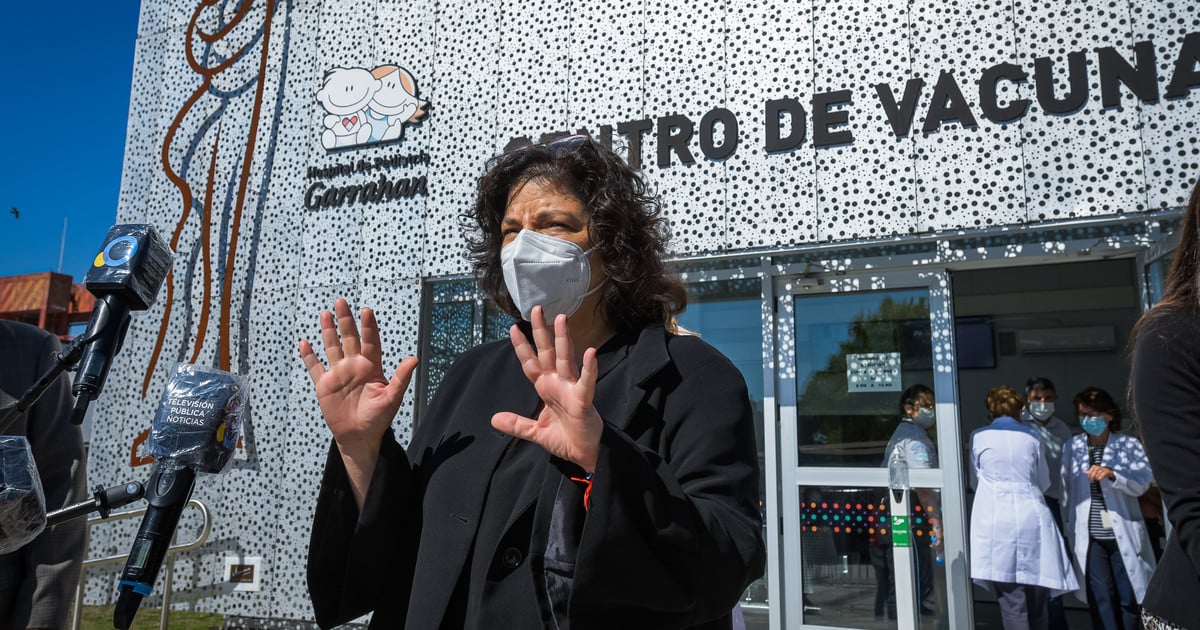 Carla Vizzotti was in favor of the implementation of a health passport as a measure to avoid the contagion of the coronavirus in Argentina. “Yes there are discomforts, it is logical that they are for the one who was not vaccinated“, he said about a project without a regulatory framework in the country, but that is advancing in other areas of the planet.

“We have more demand than supply of vaccines, it is not like in France. But it is a strategy to really think, that whoever is not vaccinated has disadvantages, “said the Minister of Health about the health passport.

“If there is any discomfort, it is logical that the one who did not get vaccinated would be uncomfortable. At least, that do not involve a risk for the others “, explained the successor of Ginés González García, in dialogue with A24.

The health passport is already advancing in Europe. This Wednesday France began to apply it, where – as in Argentina – vaccination is not mandatory. From now on, the inhabitants of that country they must have the passport on the phone, next to the vaccination certificate.

In the Province of Buenos Aires there is already an exclusive quota for those vaccinated against the coronavirus. Photo Marcelo Carroll

It will be necessary to enter restaurants, cinemas, shopping malls, public offices, trains and airplanes. Supermarkets and shopping centers are excepted.

Those who do not have a passport, will have to show a Recent negative PCR or swab. Thus they seek to dissuade the hard core that resists inoculation.

In any case, Vizzotti remarked that the situation in Argentina is different from what happens in France, where there are more vaccinations than people listed for the puncture.

“We hope that the percentage that does not want to be vaccinated is much lower than in France or the United States. It hasn’t happened to us yet to go looking for them. For now we are looking for those who could not sign up, could not go on duty or have any questions, “said the official.

In Argentina there is still no regulatory framework for the health passport. However, in the Buenos Aires province and in La Rioja they have already advanced towards a sort of benefit for vaccinated: from Monday, the closed spaces will have an exclusive quota for those who have given at least the first dose of the Covid vaccine.

Vizzotti also referred to the vaccination strategy and predicted upcoming news about the possibility of vaccinating adolescents with the production of Moderna.

“It will be possible to confirm next Tuesday. Today the European Union had a favorable opinion of Moderna for adolescents and that is followed by approval. We also await news from the FDA, “said the minister about the 3.5 million doses donated by the United States.

It would be intended for teenagers with comorbidities. “We agreed to define the risk conditions on Tuesday,” said Vizzotti.

In addition to the doses donated by the Joe Biden administration, Argentina already agreed to purchase 20 million applications of Moderna, although they would only arrive in 2022.

The official recalled that, although there is still no confirmed deal, the possible arrival of Pfizer vaccines (they are already approved for that age group) will also have the boys of 12 to 17 years as a privileged population.

In another part of the interview, Vizzotti spoke about news of the Component 2 of Sputnik V: “This Thursday they will inform us if this week we receive another shipment like last week “

In addition, the Richmond laboratory already has one million applications of that component ready to be approved. “And in the coming weeks we may have information about the interchangeability between AstraZeneca and Sputnik,” he said about the combination.