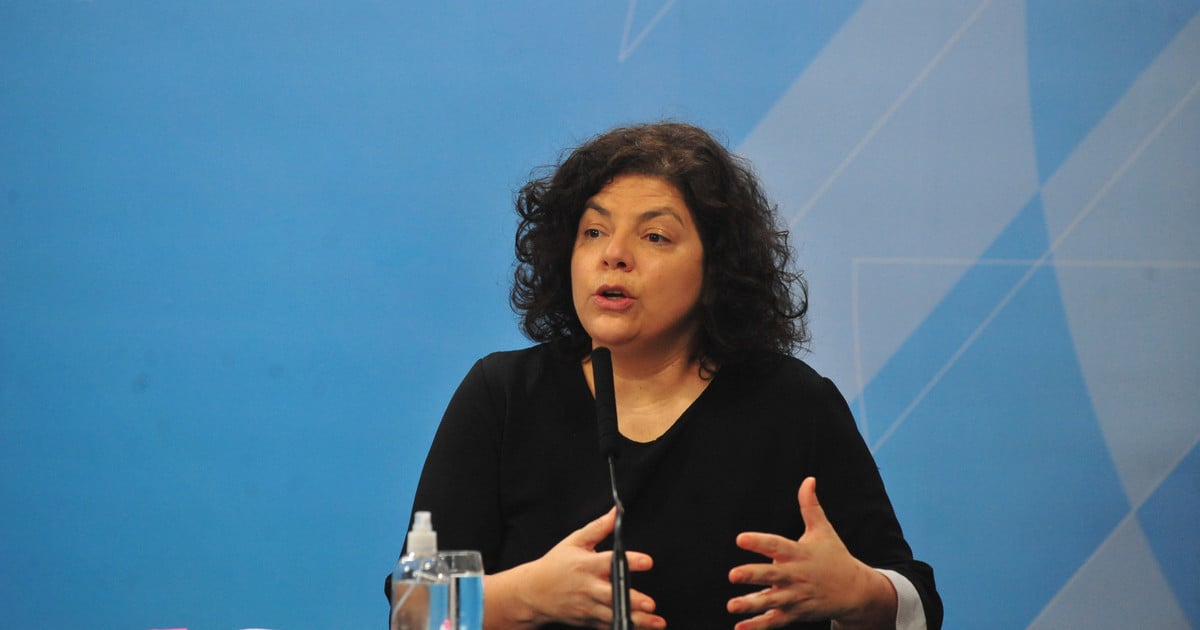 In the midst of the “VIP vaccination” scandal in the Ministry of Health, the brand new head of the portfolio, Carla Vizzotti, assured that the “vast majority” of the 70 beneficiaries of the vaccine released by the Government this Monday are “strategic personnel” .

The official also spoke of “media interests” behind the scandal: “Nor can we underestimate or ignore that there may also be some political interest, some media interest in the context of such sensitivity. But the responsibility of the national state is to respond to Justice and we are absolutely available. “

“Say ‘vaccinated VIP’ … the truth is that the vast majority of that list is headed by the President of the Nation (Alberto Fernández) and they are what is called strategic personnel, and in that definition that applies not only to this vaccine but to the influenza vaccine of all years, and not only in Argentina, but in many countries, “he defended in dialogue with Gustavo Sylvestre, in C5N.

He said that category of strategic personnel “is defined as personnel who are relevant to maintaining the functioning of the state“” The reality is that the most important number on that list is personal, which is called strategic, “he insisted on the concept.

Vizzotti also emphasized that in this context “the publication of this list to inform people who depend on the Ministry of Health and who were vaccinated in that context” was “fundamental” to “make transparent and inform and be able to generate all the actions based on that“.

Among the list of vaccinated is Juan Pablo Saulle, logistics coordinator of the Ministry of Access to Health led by Vizzotti and Analia Aquino, Advises in the Secretariat of Access to Health, in the management of the current minister.

“It was very punctual, exceptional, wrong and measures have been taken based on that,” Vizzotti said about the dissemination of names that ended with the resignation of Ginés González García.

“In no way does a ‘VIP Vaccination Center work and there was no way a number of 3,000 doses for discretionary use of the Ministry, but doses are periodically delivered at the Posadas Hospital to vaccinate the hospital’s health personnel,” he insisted.

Regarding a possible summary in the Ministry, he said that usually “the internal audit generates a management cut with information in that sense and a summary was also instructed to be able to generate concrete information” regarding those vaccinated. “We are available to Justice and whoever considers it to provide information“, he remarked.

And he insisted: “It is a specific situation, which is not acceptable in this context or for the President and the minister (for Ginés González García) accepts it in his resignation.”

“This government, the National State, has taken an exemplary measure and is working not only to make what happened transparent but also to minimize the possibility of it happening again. In that sense, There is not a ‘VIP Vaccination’ and there was not, it was only a specific situation and it seems to me that we are at the disposal of the Justice to clarify everything, “he reiterated.

Vizzotti also highlighted that “in a federal country, the responsibility of the State is the acquisition of vaccines and their distribution to the provinces, and the implementation is of each of the jurisdictions.”

Regarding the meeting held at the Casa Rosada with the Chief of Staff, Santiago Cafiero, this Monday, the official said that she was asked to “show the traceability of the vaccine and report with great transparency to strengthen the confidence of the population.”

“From the Ministry of Health we are going to strengthen transparency because we have the traceability of the vaccines; we have the system of who gets vaccinated and not vaccinated, and we also have the possibility of strengthening that through a much more specific and more specific mechanism. concrete and, clearly, disseminate it regularly because it is a subject of great sensitivity, “he also said in statements to Radio With You Y The uncovering.

Vizzotti confirmed that “this week we will begin to receive this million doses” announced the weekend of China’s Sinopharm vaccine against SARS-CoV-2.

In fact, the Ministry of Health on Sunday made official the authorization “on an emergency basis” of the coronavirus vaccine developed by the Chinese pharmaceutical company Sinopharm in collaboration with the Beijing Institute of Biological Products laboratory of China, from which they will arrive in the country. a million doses in the next few days.

One million doses of this vaccine will arrive in the next few days from Beijing, which will immunize 500,000 people with two applications.

The outstanding debt that United hope to end up against City