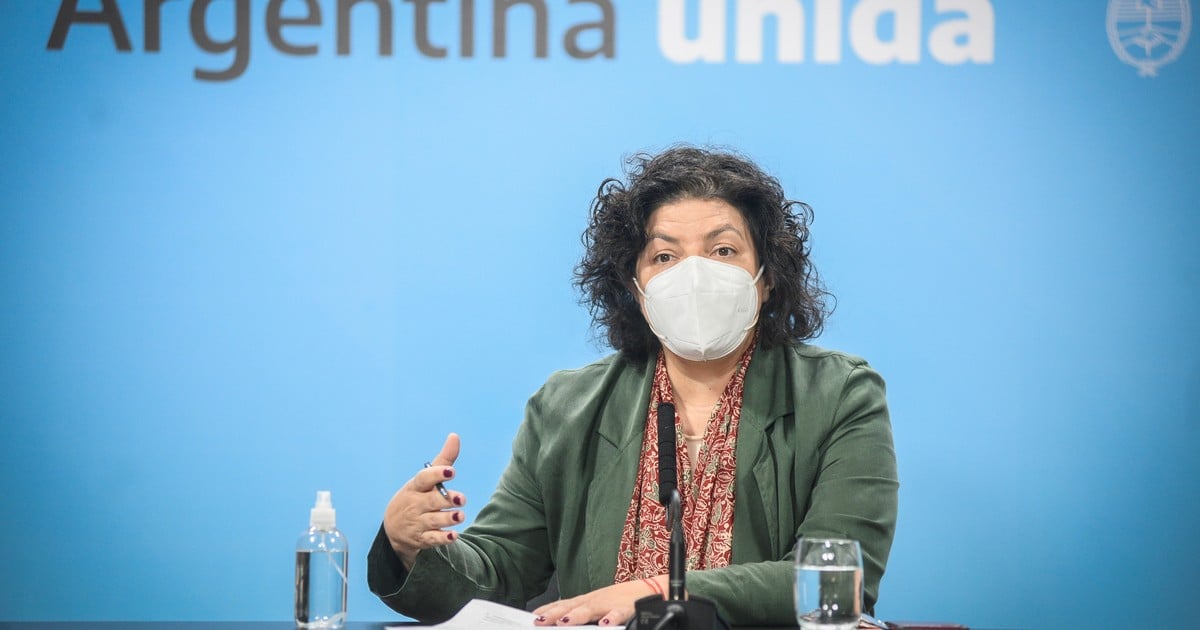 Carla Vizzotti, Minister of Health, denounced Adolfo Rubinstein, Secretary of Health during the Government of Mauricio Macri, for irregular payments made to a supplier of contraceptives.

Through resolution 1039/2021, published this Tuesday in the Official Gazette and dated April 16, the minister urges the Directorate of Judicial Affairs “to formulate criminal complaint for the possible commission of a crime to the detriment of the Public Administration “against the former Secretary of Health, of the then Ministry of Health and Social Development, which was led by Carolina Stanley.

The amount of the questioned tenders is 17,881,500 pesos. These are two additional payments to what was agreed in principle and made upon signature MR Pharma SA, which were made under the format of an update due to inflation and the devaluation of the peso during the first half of 2018, which Vizzotti questions for errors and inconsistencies in the administrative process.

Marcos Peña, for his part, is implicated by the current Minister of Health because the original award was granted by the Chief of Cabinet, and the renegotiations, on the other hand, had only the signature of the Ministry of Health, “in violation of the regulations in force, violating the principles that govern public contracting and forcing the State to pay $ 17,881,500 in addition to the amounts originally approved, “as officially released.

The Anti-Corruption Office and the Office of the Administrative Investigations Office they were also instructed and alerted by Vizzotti to initiate the corresponding actions.

Among the irregularities detailed by the minister, purchase orders not stipulated in the tender had been approved taking reports made on time lapses that did not correspond, to a supplier that was not complying with the contract for late delivery and with the signature of Rubinstein, when it was not indicated by law.

In an extensive excerpt from recitals, Vizzotti ends by accuse Rubinstein, Stanley and Peña for having made payments that he wants the Justice to declare invalid.

The minister intends recover the sums paid and ordered the opening of administrative proceedings.

History of a suspected tender

Among the recitals, it is specified that on October 19, 2018, the company requested from the Ministry of Health and Social Development a request for contract recomposition because “between the date of opening of offers -11 / 01 / 2018- and the date of execution of the purchase order, there had been circumstances in economic policy that had a significant impact on the costs of the required service “.

However, on the date of that presentation, according to Vizzotti, the provider should have already delivered the entire order and had only provided 35 percent of the merchandise.

Despite this, it was approved to pay “30 percent more over the awarded value” for the missing, whose delivery period was already expired. In order to make this determination, in addition, the error of evaluating the request from the date of the opening of bids, and not from the date of the Purchase Order, which was June 4, 2018, would have been made.

This extra amount constituted an additional payment of 13,681,500 pesos, but in turn a extra request 20 percent more merchandise, to which, after fixing the price, the 30 percent increase that had been computed in the original bid was reapplied. That resulted in another increase, of 4,200,000 pesos, which did not correspond either, always as stated by Vizzotti.

Who is behind MR Pharma SA

MR Pharma SA It participated in other contraceptive tenders, in 2020 and 2021, but was not a winner. In 2020, his offer was rejected without competing.

“It is recommended to reject the offers of the firm MR PHARMA SA, for having liquid and enforceable or pension debt before the AFIP “, was published in the administrative conclusions of the Contracting Office.

The president of the firm is Sebastian Martinez Rios, who in turn appears on the boards of two other public limited companies.

He is also president of CMP Motorsports SA., which is dedicated to the “provision of maintenance, remodeling and repair services of automobiles in general and especially for competition, through the operation and administration of a mechanical and specialized workshop for such purposes “.

Martínez Ríos, in addition to being an entrepreneur, competed in races. He has participated in the FIAT Linea Competizione. the Top Race Series and the TC2000, as well as the FIA ​​GT3 internationally. Some of their cars have been advertised by MR Pharma SA

On the other hand, he appears as vice president of another pharmaceutical company, Quality Pharma SA.

Vizzotti sent to notify the firm that it intends for it to be investigated in court. And it intends to recover the amounts paid, when they are declared void.

Against illegal migration: How Austria helps the Balkans with deportation