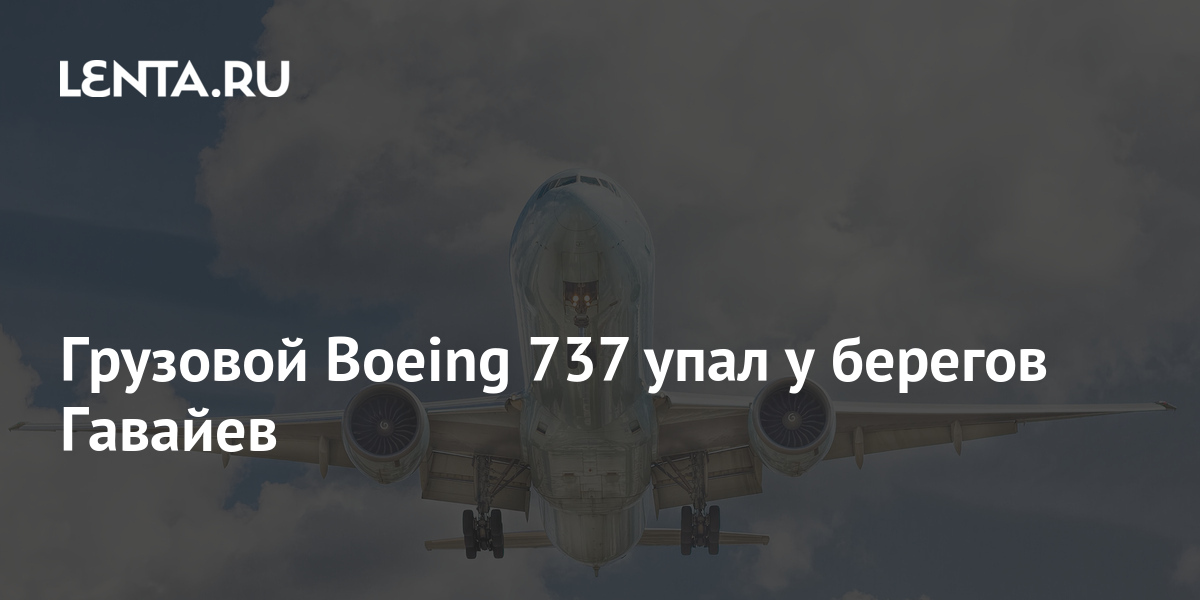 A Boeing 737 cargo plane crashed into the Pacific Ocean off the Hawaiian Islands. Reported by CNBC, an excerpt of the news item was published in Twitter– TV channel account.

According to preliminary information, the ship had a serious engine malfunction after takeoff, in connection with which the pilots of the aircraft tried to make an emergency landing off the coast of Honolulu, the capital of the US state of Hawaii, located on the south coast of Oahu.

According to the State Department of Transportation (DOT), the incident occurred around 1:45 am local time (around 2:45 pm Moscow time) about three kilometers from Calaeloa airport.

Local resource Hawaii News Now clarifies that there were two people on board. The US Coast Guard sent a rescue squad to the scene, as well as a boat, a helicopter and a C-130 aircraft. The Honolulu fire department also arrived at the crash site.

To date, both people who were on the plane at the time of the crash have been found by rescuers and evacuated from the scene of the incident. One of the pilots was airlifted by the US Coast Guard to the Queen’s Medical Center. Another person was brought ashore by a rescue boat. The state of the victims is not specified.

The Boeing 737 took off from Daniel K. Inoue International Airport in Honolulu and was bound for Kahului, a city on the Maui island of the Hawaiian archipelago.

Earlier it was reported that a helicopter of the Armed Forces of the Philippines S-70i Black Hawk crashed during a training flight on the night of Thursday, June 24, north of Manila. Three crew members and three other servicemen on board were killed.