Care for the elderly Few seniors no longer have their own pets, but animals may soon become more common in nursing homes 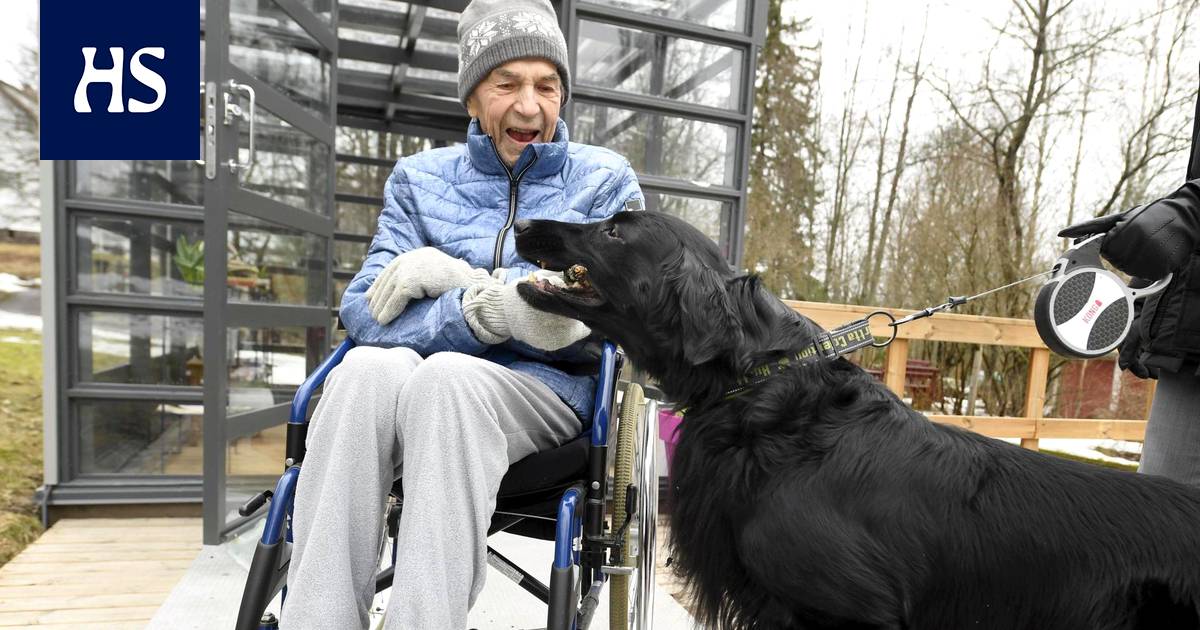 THL’s researcher believes that the number of housing service units for the elderly in Finland, which may also include pets, has increased and will increase in the future.

About Ten per cent of Finns over the age of 65 have a pet, most commonly a dog. A clearly smaller part no longer have a pet at the stage when the move to a 24-hour housing service unit becomes topical.

At this stage, the elderly are often already quite ill. The pet may then have already died, or may have had time to find a new home, says a researcher at the National Institute for Health and Welfare (THL) Pirita Forsius.

“If the elderly person still has a pet at this stage, the most typical thing is that someone from the elderly’s own family or acquaintances takes care of the pet.”

Forsius believes that the number of housing service units for the elderly in Finland, which may also include pets, has increased and will increase in the future.

“We have begun to think more carefully about the quality of life and individual care of the elderly, and at the same time become aware of the role of pets,” Forsius explains.

He estimates that older people are likely to have their own pets mostly only in supported housing units where the elderly are still in good condition and receive mainly home care according to their needs. More common in homes offering 24-hour care are the house’s shared pets, which are the responsibility of the staff, but which even the less well-off residents can enjoy.

“The elderly’s own pet raises several liability issues. Who is ultimately responsible for getting a pet to live a full pet life? The condition of an elderly person can change from good to bad even quickly, ”in which case he or she may no longer be able to participate in the care of his or her own pet.

According to Forsius, many housing services units prefer various animal visits instead of actual pets.

About pets There are a wide range of benefits for the elderly. According to Forsius, for example, the symptoms associated with memory disease can be reduced with the help of pets. Elderly dog ​​owners are also less likely to develop cardiovascular disease than other elderly people. However, according to Forsius, it may be explained by higher amounts of exercise due to the dog being walked out.

Some of the subjects had had pets earlier in life. However, at the time of the study, they felt that they were in such poor condition that caring for a pet seemed overwhelming, and they did not want to leave this responsibility to the nursing staff.

According to Jansson, the natural environment brought the everyday significance of the studied residents. For example, bird life was actively monitored. The most desirable wishes of the subjects as excursion destinations and themes were nature and animals.

“However, such excursion destinations were considered too rare an opportunity in a service house,” Jansson says.

In Vantaa the inhabitants of the private Foibekartano located in. Foibe, which provides 24-hour care and assisted living for the elderly, has chickens, Belgian giants, cats, dogs and aquarium fish.

In summer, Finnish sheep graze in the yard. For the past six years, residents have also been allowed to bring their own pets to Foibekartano.

In 24-hour enhanced service housing, residents do not have their own pets, although the company is encouraged to do so. This may indicate that residents no longer had their own pets when moving into the house.

“These residents are accompanied by community cats and giant rabbits,” Broms says.

According to Broms, the fact that pets and pets are part of the daily life of a nursing home requires an “appropriate state of mind and attitude”: Staff must be committed to caring for the animals, and the pets must be able to get along with people.

The staff assists residents in caring for their own pets, and many residents participate in the care of Foibekartano’s common pets.

“Taking care of the animals together brings meaning to the lives of the residents. In connection with outdoor activities, it is natural, for example, to change clean drinking water for sheep and chickens or to offer rabbit salad leaves as a snack. The residents who apply to us are usually animal-loving, and the majority of them have become accustomed to domestic animals since childhood, ”says Broms.