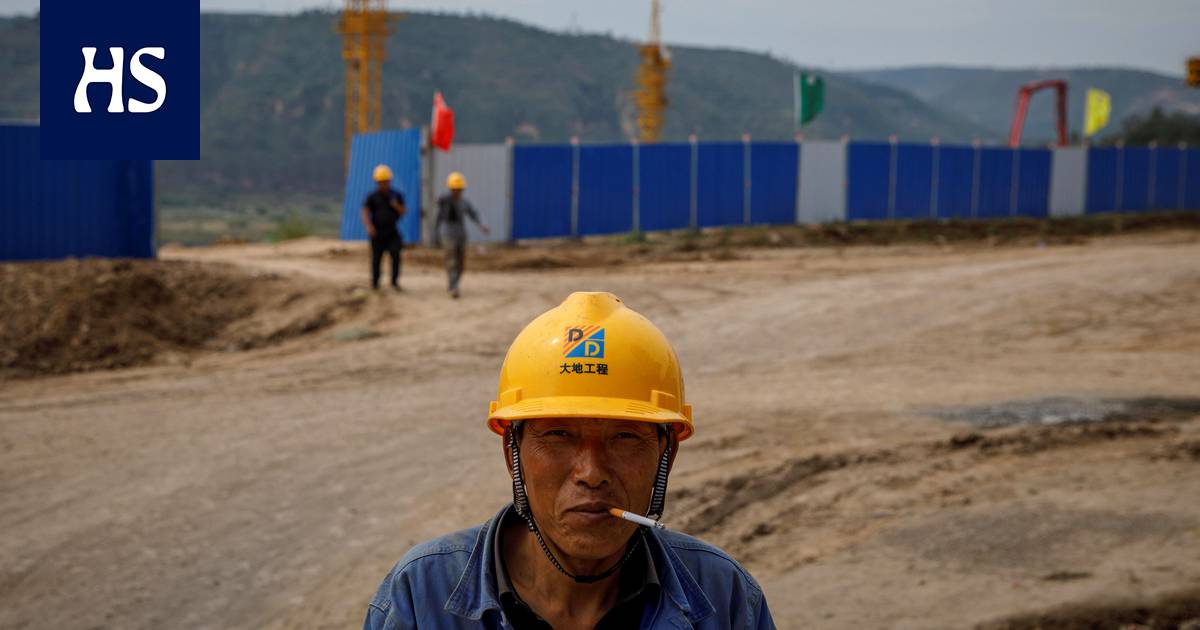 Many industrialized countries have promised to get rid of coal power, but in practice development is too slow.

New last year, more coal was deployed worldwide than the old one was down, the recent From the Boom And Bust 2021 report.

What is striking about the report is that the negative development is almost solely China’s fault. In the pandemic year, it built a whopping 38 gigawatts of new coal power, while reductions were made in the rest of the world for a total of 37.8 gigawatts.

“China has again seen a significant increase in coal power compared to what was planned,” says the Center for Research, a leading analyst at Energy and Clean Air, who is involved in the report. Lauri Myllyvirta.

Elsewhere in the world, coal power is declining, although carbon neutrality will not be achieved at this pace in the promised time anywhere. The EU aims to zero its net emissions by 2050, China by 2060. Many countries have set more ambitious goals than this.

The United States reduced coal power by 11.3 gigawatts last year and EU countries by 10.1 gigawatts. Power plants were also closed in Britain. In most developing countries, too, the amount of coal power deployed was reduced, and the Philippines, Bangladesh, Pakistan, and Vietnam, for example, abandoned a large number of planned coal power projects.

“Energy needs are increasingly met by wind and solar energy. Renewable energy sources are already competitive, they would be in China as well, ”says Myllyvirta.

Why China will then accelerate in the other direction?

According to the report, China responded to the economic discourse caused by the coronavirus pandemic by easing regulation and launching a bunch of new coal-fired power projects.

“All possible construction projects were put in motion. It was visible as soon as government agencies opened after the interest rate cut in March. These permits for new coal-fired power plants began to come at a rapid pace, ”says Myllyvirta.

Even before the pandemic brought more China had a significant amount of new coal power planned.

In the run-up to the 2008 financial crisis, the construction of China’s coal-fired power plant was driven by an export boom, or foreign demand, but today it is mainly driven by domestic consumption and construction.

“There is cause for optimism. Xi Jinping defines what is important in China. ”

1.3 billion inhabitants demand a lot of energy, but no force on China would build coal power. India, for example, is home to almost as many people, but last year only 2 gigawatts of new coal power was built there and, on the other hand, a large amount of solar and wind power.

“When it comes to population, the perception of how energy-intensive China’s economic model is is easily lost,” Myllyvirta explains.

“If we compare how much energy China uses compared to other developing countries with the same GDP level, there is a dramatic difference.”

From the Carbon Power Report there is also good news.

Perhaps surprisingly, the United States abandoned Donald Trumpin during the presidency of a larger amount of coal power than his predecessor Barack Obaman period, although Trump defended the coal industry loudly.

According to Myllyvirta, however, Obama played a part in the Trump-era figures, as it was Obama’s reforms that put the United States on the path to giving up coal by creating jobs in renewable energy production.

“The Trump administration was unable to dismantle the reforms once they had created an entire industry and jobs there. Now Biden is continuing this work with its infrastructure package. ”

Biden wants to spend two trillion dollars on green reconstruction. Politically, too, the Biden package is difficult to knock out, as it promises a large amount of support and jobs.

“The United States has long been afraid to make big public investments, but now we are ready for it.”

Myllyvirta has also been positively surprised by last year’s political decisions by China, Japan and South Korea to pursue carbon neutrality, although there is still a long way to go to achieve practical goals.

The plant was covered in smog in the city of Fushun in China in 2015. Part of the culprit for China’s smog problems is precisely the burning of coal.­Picture: Yang Qing / Xinhua

The internal debate over coal in China, he said, changed totally over the past year. President Xi Jinping has identified carbon neutrality as an important goal and emphasized this message to the leadership of the entire Communist Party. This could very well lead to China’s regions starting to compete towards that goal, Myllyvirta says.

“It’s certainly not what’s happening right now, but there’s cause for optimism. Xi Jinping defines what is important in China. ”

From what then looks to the future in light of these figures?

In the United States, coal power is driven down primarily by the companies in the sector themselves, while in the EU, political decisions, Myllyvirta sums up.

“We have gone better than previous forecasts because decisions have been made in developed countries to cut down coal power and developing countries have canceled power plant plans.”

However, development is too slow without help, not just in China but everywhere. In the forecast graphs, all scenarios fall far short of the 1.5-degree warming target set in the Paris Climate Agreement.

If countries want to stick to even their own carbon neutrality targets, China, other developing and industrialized countries should now all have new decisions to close hundreds of coal-fired power plants or cancel new projects.

“Current developments in 2030 could have more than a thousand coal-fired power plants in the world too.”

Mourinho will coach Roma next season