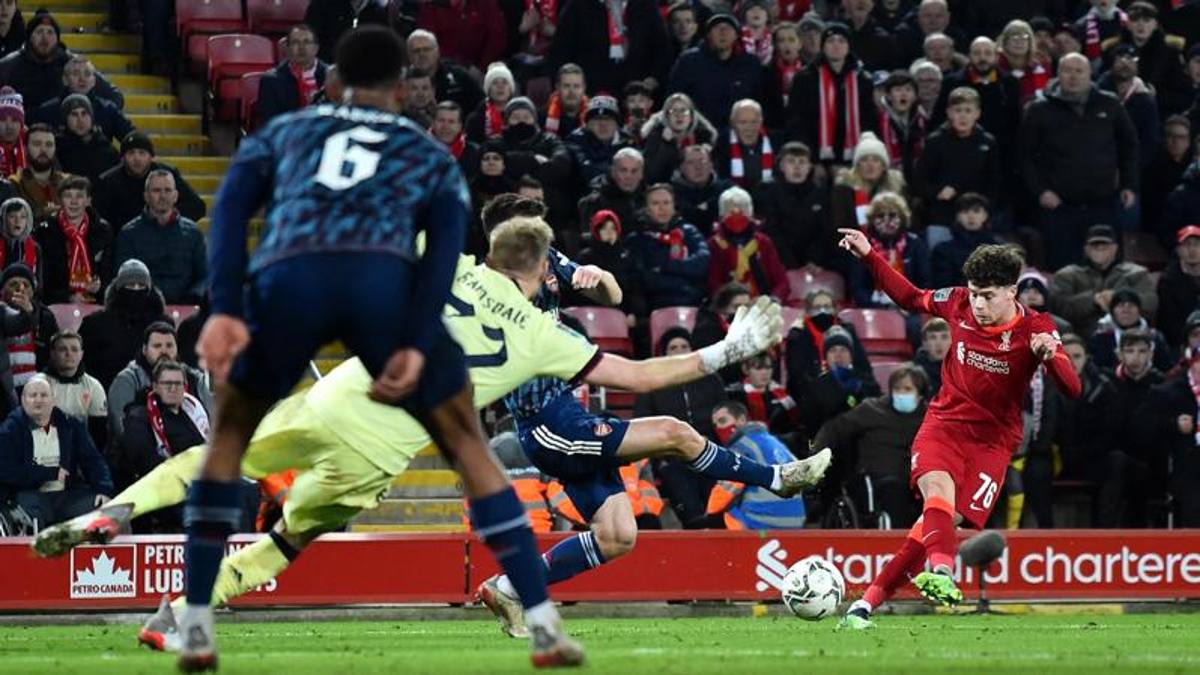 In the first leg semi-final, the Gunners, after the knockout in the FA Cup, break the tie in 10 on the field of the Reds without Maneh and Salah. In seven days the return that is worth the final with Chelsea

Arsenal smiles again. Eliminated in the FA Cup by Nottingham Forest (last Sunday), the Gunners redeem themselves immediately with a performance of character at Liverpool home.

At Anfield, in the first leg of the Carabao Cup semifinals, it ends 0-0. For the guests it is a draw that counts as a victory: Arteta’s team, outnumbered for over an hour (Xhaka’s expulsion), keeps the clean sheet and conquers a precious result in view of next week’s return. It is a wasted opportunity, however, for Liverpool. Even without Mané and Salah, the Reds do not exploit the numerical superiority: sterile ball possession and zero dangers for Ramsdale.

Klopp must give up his two strikers engaged in the Africa Cup. And in front ranks Jota, Firmino and Minamino. For the rest, there are almost all the big players: Alisson in goal, defense with Alexander-Arnold, Matip and Van Dijk, midfield formed by Henderson, Fabinho and Milner. A few more problems for Arteta, who has a rather short blanket in the middle of the field, where he also has to do less than Odegaard (forfeit at the last for Covid positivity): in midfield space therefore for Lokonga and Xhaka (also because Elneny and Partey are in the Africa Cup, while Maitland-Niles has just moved to Rome). Protecting Ramsdale are Cedric, White, Gabriel and Tierney. In attack Nketiah, supported by Saka, Lacazette and Martinelli.

Race immediately uphill for the Gunners. Cedric gets hurt and Chambers takes his place (11 ‘). At 24 ‘Arsenal remained in ten: Xhaka’s foul intervention on Jota, launched at the net, and direct red for the Swiss. Arteta takes the measures and inserts a defender, Holding, for Nketiah. Liverpool, however, are unable to break through. The script repeats itself in the second half. Klopp’s team keeps the ball in the game (78% of ball possession and 683 passes against 199), but attacks with little precision (only one shot on goal out of 17 attempts). Arsenal conțains and, when they can, try to restart with Saka. The six minutes of recovery are useless: the Reds are unable to take advantage of the extra man and the score remains pinned on 0-0. Everything will be decided, in a week, in the second leg (January 20). The winner will go to Wembley (February 27) for the final against Lukaku’s Chelsea.