Car production in Spain sinks due to lack of microchips 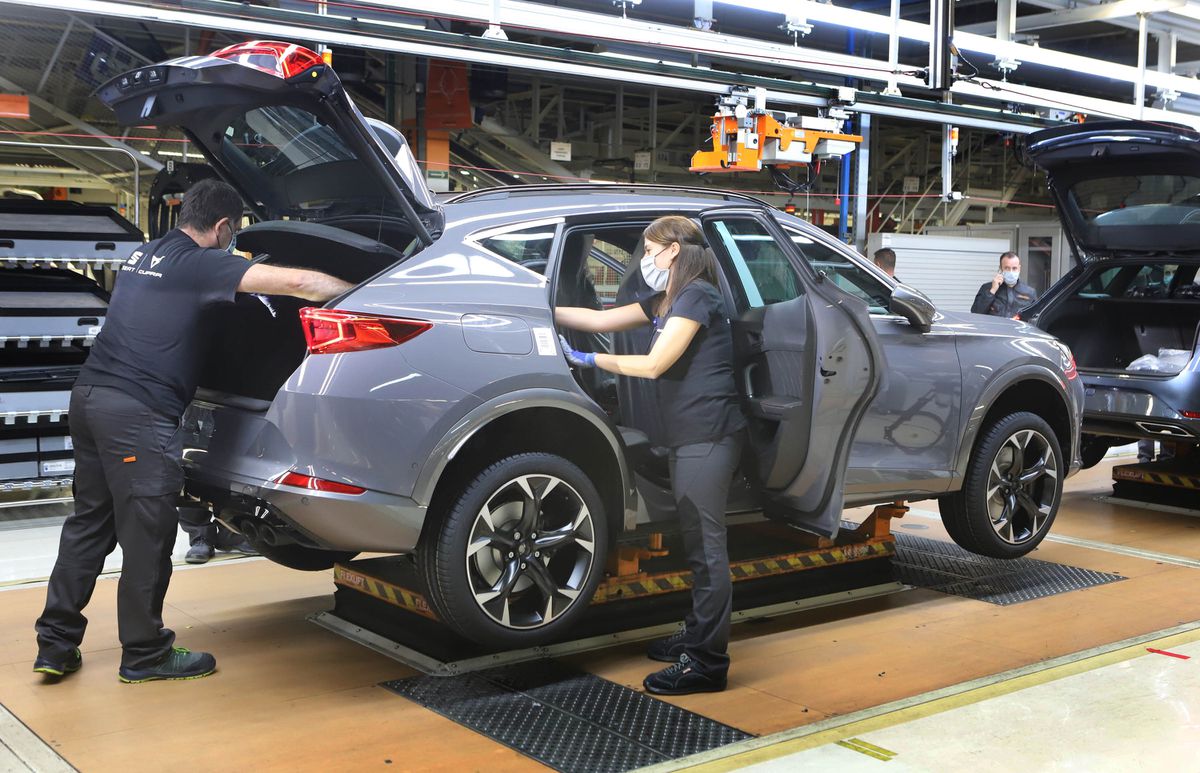 All Spanish vehicle plants are affected by the global collapse of the microchip market. Some have weathered it with temporary employment regulations (ERTE) and others with labor flexibility measures. The truth is that the impact is noticeable in the monthly statistics published by the manufacturers’ association, Anfac: in May only 182,838 units were assembled, 38% less than in 2019. In the accumulated of the year the decrease is 19%. The association avoids comparison with last year’s figures because, at the height of the pandemic, they were at a minimum of production.

If the present is not positive for the market recovery, the future is not encouraging. Anfac foresees that the situation will not recover “at least” until the second half of next year and recognizes that in order to digest the lack of semiconductors the different plants present in Spain, like those of the rest of the continent, “have made stoppages and delays in the cadence of the production lines ”. Estimates for Europe as a whole give a production loss of one million vehicles.

Seat in Martorell (Barcelona), Nissan in the Barcelona Free Zone and Montcada i Reixac (Barcelona) and Volkswagen in Landaben (Pamplona) announced this Tuesday damage to their production lines in the coming days, and although they have not presented ERTE they have had They have to make use of the flexibility measures of their collective agreements. In the case of Seat, they had tried to optimize their stocks to the models with more outlets on the market. Mercedes-Benz in Vitoria for this week three shifts. Ford’s Almussafes factory has returned to production after being affected by the stoppages and both Stellantis and Renault have presented ERTE to adapt production in the different facilities they have in Spain due to the drop in production linked to the shortage of microchips that They come from Asia.

The complex situation is having a direct impact on exports, which fell 34% in May compared to 2019, with 157,635 vehicles transported abroad. Seven out of ten end up in Europe. In Germany (the main market for Seat, the only Spanish vehicle brand), the importation of vehicles made in Spain it has fallen by 48%, while in the United Kingdom the decline is somewhat lower: 42%.

“Despite the efforts of the sector, the rate of production is being strongly influenced by an external factor such as the shortage of microchips. We are going through a temporary situation, but due to the incorporation of new vehicle models that require greater digitization, it is seriously affecting us and delaying the necessary recovery of the production rate of our factories ”, says the general director of Anfac, José López- Tafall.

The best data for May in vehicle manufacturing is the adaptation that Spanish factories are assuming of vehicles with engines other than gasoline and diesel. The production of electric, hybrid and gas vehicles increased 113% and came to represent 11.4% of the total share of cars. Of 20,813 assembled in May, the majority were plug-in hybrids, a range that is growing in demand, although it is still well below non-grid-connected hybrid vehicles for recharging their batteries.