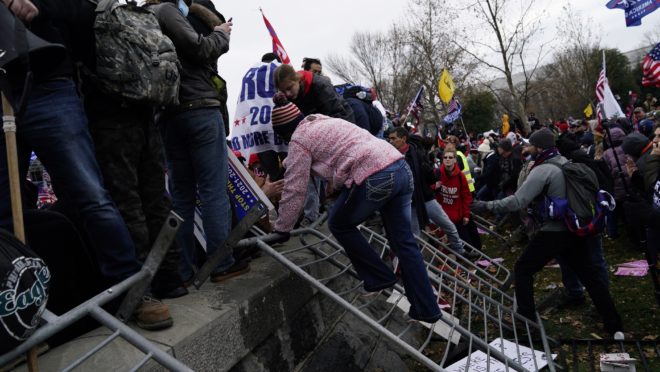 0
SHARES
0
VIEWS
Share on FacebookShare on Twitter
US Congress was invaded while session was held to ratify Joe Biden’s victory in the 2020 presidential election| Photo: EFE/WILL OLIVER

A federal grand jury for the District of Columbia on Wednesday presented an indictment, which was released on Thursday, against 11 people for seditious conspiracy (insurrection against established authority) and other crimes related to the invasion of the US Capitol. United States on January 6 of last year.

At the time, the US Congress was holding a session to ratify Joe Biden’s victory in the 2020 presidential election. According to a statement from the Department of Defense, Elmer Stewart Rhodes III, 56, founder and leader of the Oath Keepers group, and Edward Vallejo, 63 , were first accused of planning and participating in the insurrection. Rhodes was arrested Thursday morning in Texas and Vallejo was detained in Arizona.

In addition to Rhodes and Vallejo, nine people were accused who had already been cited. The Justice Department reported that 725 people have already been arrested for participating in the US Capitol raid.

Study: 4-billion-year-old meteorite confirms that there is no life on Mars