Capitalize on unemployment or how to go from unemployed to entrepreneur 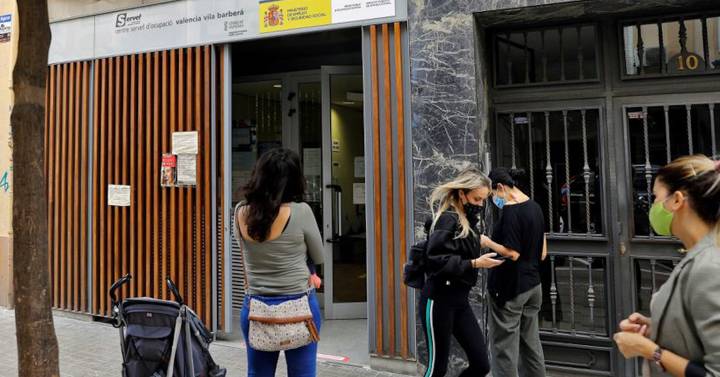 “I always wanted to dedicate myself to making signature cheeses. I am passionate about reading and setting up a publishing house was my dream. I wanted to be my own boss. ” Who has not ever seen testimonials like these on television and fantasized about the idea? Well, many of them, possibly, have capitalized their unemployment benefit to be able to achieve it.

The successive rules that have regulated the possibility of receiving unemployment benefit at once, both Royal Decree 1044/1985, of June 19, which regulated this modality for the first time, and the following, have been aimed at promoting self-employment by moving from passive unemployment protection policies to active employment policies.

Before embarking on the adventure, you have to know who can qualify for the single payment, what is required and what it can be used for. You must also be aware that if, at any time, the State Public Employment Service (SEPE) considers that a requirement has been breached, it must be returned.

The first requirement, of course, is to be a beneficiary of a contributory unemployment benefit. The second is not having collected the single payment in the four immediately preceding years. Likewise, the activity must be started within a maximum period of one month from when the single payment is granted, and always after the date of the request.

If you are waiting for the courts to rule on the termination of the employment relationship, the request must be after the resolution of the procedure. In addition, in the 24 months prior to the request for the single payment, they cannot have been working on their own account and collecting contributory unemployment.

The destination of the single payment must be to start an activity as a self-employed person or to create a company or join one already established in the previous 12 months, as long as it is to have control of it. It can also be used to enter as a stable worker or work partner in a cooperative or a labor society. Another option will be to request it to face the contributions to the Social Security of the self-employed or a mixed modality: part for the project and part for the contributions.

Along with the application, the explanatory report on the project of the activity to be developed and the investment to be made must be attached, unless the modality of subsidy of Social Security contributions is exclusively requested. The SEPE website has a guide that explains what this report must contain.

For the cases in which it is requested to join a cooperative or labor society, the contribution of the certificate of application for membership is required, stating the conditions in which the incorporation will take place.

In the case of newly created cooperatives or labor companies, the draft statutes of the company must also be attached. In these cases, the single payment will be conditioned on the presentation of the admission agreement as a partner or the effective registration of the company in the corresponding Registry.

Once it has been granted, you will not have the right to collect unemployment until a time equal to that corresponding to the capitalization of the benefit has elapsed, nor can you request a new capitalization in the following four years.

The SEPE warns that it will proceed to claim the undue collection of the total capitalized liquid amount that would have been paid in the following cases: not starting the activity or not sufficiently justifying the reason; not allocate the amount granted to his incorporation as a member or as a worker of a cooperative or labor society; not allocate the amount to carry out the activity on their own account.

Even if unemployment benefit is not applied or diverted for purposes other than the activity that is the object of the capitalization, it may be considered a very serious offense. The corresponding sanction, in addition to the loss of unemployment benefit, is the exclusion of the right to receive any economic benefit, and where appropriate, to aid to promote employment for one year.

An example of non-compliance for which the return of the benefit is imposed can be seen in the judgment of the Superior Court of Justice (TSJ) Catalonia, of June 19, 2020, which confirmed the restitution of the capitalized amount considering that the mere investment as a capitalist partner in a productive activity. According to the criteria of the Catalan court, participation as a working partner is required.

Another assumption that has reached the courts and it is important to highlight, is the possibility of joining a professional mutual insurance company and not the Autonomous Work Scheme (RETA). Specifically, the ruling of the Superior Court of Justice of Galicia of February 7, 2018, gave the reason to an applicant who wanted to use his benefit to pay contributions to the Mutualidad de Abogados, as this is an alternative system to RETA.

In short, this possibility of being able to capitalize on unemployment is a good incentive to turn the situation around and invest the benefit to start a business.

Tourism forecasts for this summer

Speculation about BVB coach: “The prices are going up, let’s wait and see”