Cantona: “European Super” is a disgrace to football! 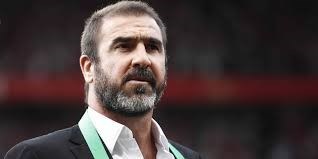 Anwar Ibrahim (Cairo)
The voices of quite a few former and current football stars rose to denounce the new European Super League, which was called for by 12 European clubs, and these voices expressed their strong opposition to the idea of ​​creating a “Super League”.

These voices indicated that the new tournament is not the savior of the deteriorating financial and economic conditions of European clubs, in light of the outbreak of the Corona pandemic, and the consequent heavy losses for all football clubs, but there are other means to find solutions through understanding, through the legitimate institution of European football. It is the European Football Association (UEFA).

Among the most prominent stars who made their case in the case that has become the talk of the hour, not only in Europe, but in the whole world, the French star Eric Cantona, the legend of Manchester United, and nicknamed “The King of Cantona”, as he said that the new tournament to be applied includes only the rich, It is completely incompatible with the most basic mathematical values ​​that we all cherish.
He added: The values ​​of the relationship between the fans and this game, and the mutual influence between football and its fans, is much more important than such individual decisions.

On his Instagram account, Cantona expressed his deep sorrow for the people in charge of this project forgetting these high sports values.

He said: The fans are the most important thing in football, and we must show them more respect, and have these clubs asked to know what these fans think? Unfortunately this did not happen, and this is a shame for football.
Cantona did not hesitate to strongly condemn this new tournament, which he described as a “closed tournament”, even though he was a prominent player in one of the clubs participating in the establishment of this project, namely Manchester United.

And so joined Eric Cantona to the battalion of refusers to this Super League, led by Sir Alex Ferguson, the legend of training the «Red Devils», and Gary Neville, the former player of the team.