Cancer took his mother and aunt, now he tattoos for free those who want to cover the scars 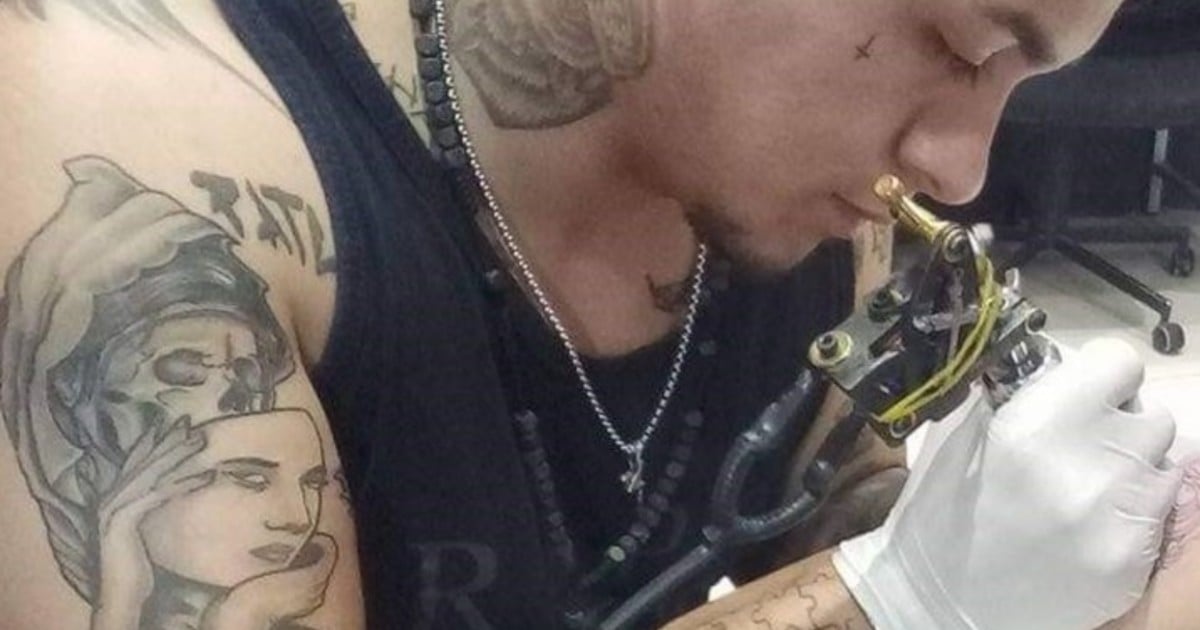 “The Cancer He took my mom and my aunt. So I know how hard that disease is. And I also know that in some way or another I do it for them, “says Yulio Cortez, a neighbor and tattoo artist from Great mountain.

Throughout April, in YC Tattoo, his tattoo studio located at Boulevard Buenos Aires 863, in the center of Monte Grande, treats and tattoo women who have suffered breast cancer and have the scars typical of a mastectomy for free.

“The idea arises from Deborah Bosco (president of the civil association Cancer solidarity, which helps patients who need treatment and do not have coverage) he asks me about a tattoo that he wants to do, about breast cancer. She is in charge of collecting medicine for people who suffer from cancer and do not have the money to buy it. Between talk, he tells me that he has acquaintances whose breast was removed after suffering from cancer, so they wanted to get a tattoo. Of course I said yes, but I was going to do it for free ”, says Yulio, who during his career has already carried out several solidarity projects and annual toy and food collections.

Trying to put himself in people’s shoes, he explains that it is really uncomfortable to wear a scar, mark or burn that one does not like or even brings bad feelings.

“The client’s life changes because they no longer see that scar that reminds them of that ugly disease,” he says. In cases of mastectomies the flowers and the mandalas, he explains, they are the most requested designs since they are “very easy to adapt to that sensitive area, and they are also delicate”.

“I have many experiences, not only with scars from breast cancer but also with burns and cuts. For example, a long time ago a very old woman came and because of the modesty of showing that part of the body damaged by a burn she had almost deprived herself of using any type of clothing, that is, he wore everything very loose. In summer he wore long-sleeved shirts, jumpsuits, everything that could cover the breast and chest area, “says the tattoo artist.

“Seeing himself with his partner or meeting someone was very difficult for him -he continues-, he was embarrassed. Once he was tattooed, he saw the change, he was very excited and at the same time he told me that he felt very good with his body. And people looked at her in a different way, they didn’t look at the scar that protruded from the neckline but at the tattoo, that was something that really came to me. “

That was one of his first experiences in the art of turning something painful into a drawing, in that case an abstract of flowers and mandalas.

In the studio, the artists Iván Zalazar, Seba Ibañes, Brenda Martinez, Luli Fuentes and Erika Benítez work with him. All of them are available until the last day of April to tattoo for free to all those women who want to leave behind a bad memory.

“Beyond tattooing women who had cancer, we plan to do other kind of similar moves later for people who suffered burns or some other type of injury ”, anticipates Yulio.

“The women who come leave with a smile. Although it may not seem like it, a psychologist-patient relationship is usually generated between the tattoo artist and the client, and we try to generate the greatest possible trust by making them understand that we know what they suffer and suffered ”, concludes the artist.

Life goes on the same in Cuba, although without Castros

The court decides: the Swiss village of Champagne is not allowed to use its name for wines

The winners of the Oscars 2021