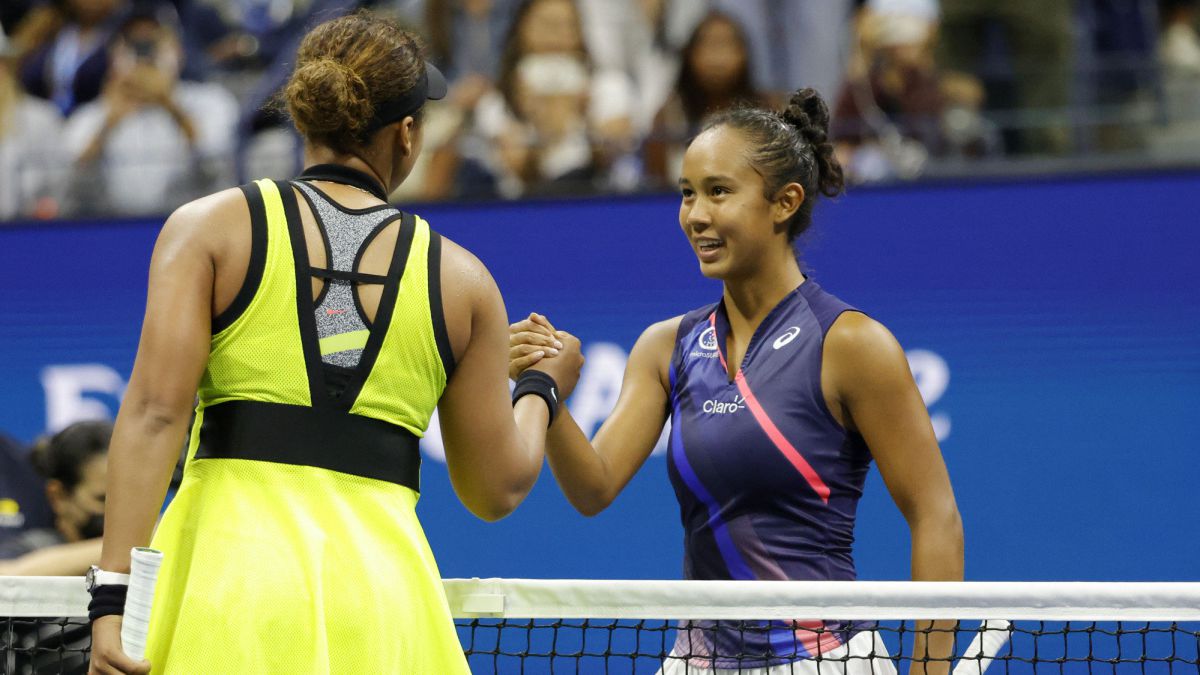 Unforgettable day of great surprises at the US Open, specifically on the Arthur Ashe court, also starring teenagers. First it was Carlos Alcaraz, who eliminated the number three in the world, Stefanos Tsitsipas, and then Leylah Fernandez, who threw out, nothing more and nothing less than the current champion, Naomi Osaka, winner also in 2018 and this year at the Australian Open. The Japanese, who chained 16 victories in Grand Slams (she gave up playing at Roland Garros and Wimbledon), collapsed against the 18-year-old Canadian and number 73 in the world, who came back to win by 5-7, 7-6 (2) and 6-4 at 2:04. With morale through the roof and the support of the public (his country is close to New York), will face on sunday in eighths, a round that reaches for the first time in a major, to the rejuvenated German Angelique Kerber, who could with the American Sloane Stephens in another thriller (5-7, 6-2 and 6-3 at 1:58).

Since he refused to attend the media a few months ago in Paris, Osaka has been spiraling into introspection and failure. culminating in this painful defeat in the first week of competition, against a player, Fernandez, who has exploded this year with her first title, won in Monterrey. The Montreal tennis player, who is trained by Romain Deridder and his father, Jorge Fernandez, lives and trains in Florida, with her parents and her little sister, Bianca, who also plays tennis. He loves to dance, do puzzles, fiddle with the Rubik’s cube and desserts. She is already the second best player in Canada after Bianca Andreescu.

Halep-Svitolina, great duel in the second round

Simona Halep and Elina Svitolina, two classics of the women’s circuit, will face each other on Sunday for the tenth time (5-4 for the Ukrainian in the head-to-head). It will be in the round of 16 of the US Open. The Romanian, 12th favorite and semifinalist in 2015, suffered to beat Kazakh Elena Rybakina 7-6 (11), 4-6 and 6-3 in 2:25. Svitolina did not have as many problems to prevail for the sixth time in as many duels against the Russian Daria Kastkina (6-4 and 6-2 in 74 minutes). Elina has eight victories in a row.

Elise Mertens looks set to repeat the success that took her to the quarters in New York last year. After saving match balls in the first round against Peterson, he has not lost a set again, and this Friday she got rid of the dangerous Tunisian Ons Jabeur (6-3 and 7-5 in 1:28). Her rival will be very tough, the Belarusian and second favorite, Aryna Sabalenka, which was imposed in two sets to the American Danielle Collins (double 6-3 in 88 minutes). The Belarusian has surpassed 40 victories (she has 41) for the second consecutive season and had already beaten Collins twice before in as many matches.

Temptation Island: what happened in the first episode