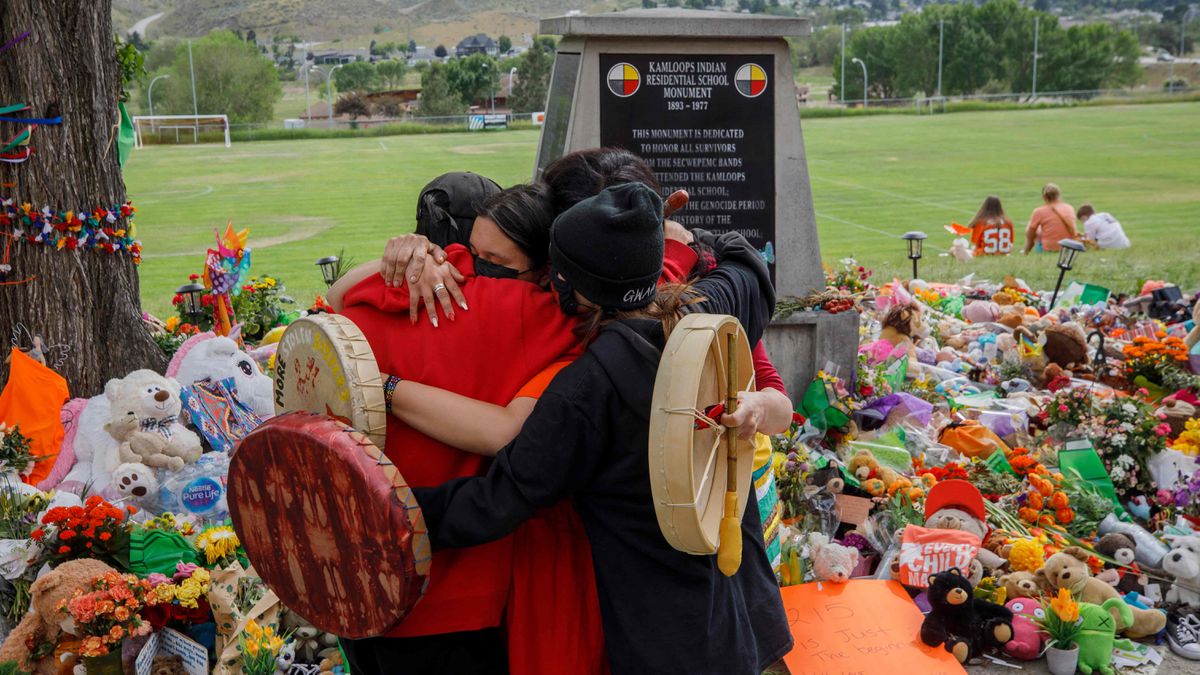 In less than three months, Canada has had to cope with the discovery of more than 1,200 unmarked graves on land belonging to four former boarding schools for indigenous children. This Tuesday, the federal government announced a support package related to this national tragedy. In total, Ottawa will spend 321 million Canadian dollars (about 256 million US dollars) on various initiatives. Marc Miller, Minister of Indigenous Services, stated at a press conference that this amount “is a reflection of different requests received throughout the country.”

Miller indicated that about 100 million dollars will be used in the next two years to demolish or transform the buildings still standing that housed these centers, depending on what the indigenous communities decide to do. Between 1883 and 1996, a network of 139 boarding schools operated in Canada. Its financing came from the federal government, while its administration was in charge of religious groups (70% Catholic). The central objective of these institutions was to forcibly assimilate some 150,000 indigenous children into the dominant culture. Miller also reported that there will be an injection of $ 107 million in mental health and cultural promotion programs to support communities through intergenerational impacts.

Various experts estimate that more than 6,000 minors lost their lives in boarding schools. Carolyn Bennett, Minister of Relations with Indigenous Peoples, reported that 83 million dollars will be added to the search and identification of unmarked graves. Bennett added that the federal government will create a committee – made up of experts in archeology, forensic medicine, pathology and mental health – to advise on these tasks. Also, a monument will be built in Ottawa to honor the survivors and children who died in these centers. The work will cost $ 20 million.

David Lametti, Minister of Justice, pointed out that the federal government will appoint a special interlocutor who will work with indigenous communities and provincial authorities on the issue of internees. Different voices of the opposition and civil associations had asked Lametti to launch a national investigation into the crimes committed in these centers, an initiative similar to the one that the Joe Biden Administration announced in June. However, Minister Lametti said that “unfortunately, Canada currently does not have the necessary legal tools” to deal with the complexity arising from the discoveries in recent months.

Regarding the search and identification tasks, the federal government had already made 27 million dollars available, which, added to the 83 million announced this Tuesday, gives a total of 110 million. The governments of British Columbia, Alberta and Ontario have offered another $ 30 million. However, it is unknown whether these amounts will be sufficient, since everything will depend on the number of former internees where the investigations are carried out. Specialists pointed out to the newspaper The Globe and Mail that the invoice could reach 1,000 million dollars in case of inquiring in each of these centers.

RoseAnne Archibald, head of Canada’s Assembly of First Nations (representing 634 indigenous leaders across the country), told the press conference that, although the aid package has arrived late, she welcomes this government commitment. “Indigenous communities have known the truth, we have shared this truth and we have fought for this truth to be heard. And there must be truth before reconciliation, ”Archibald said.