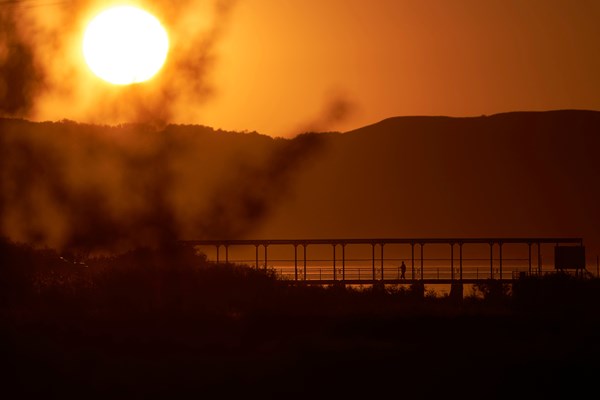 On Friday, Cliff Chapman, a responsible for the wildfire services, said that about 136 fires were recorded in British Columbia alone. Most of the forest fires were caused by lightning.

Chapman explained that the temperature has fallen below its record level, but it is still above its average.
It is believed that the dangerous heat wave in British Columbia caused hundreds of deaths.

The small town of Leighton, which witnessed a record temperature of 46.9 degrees a few days ago, was almost completely destroyed by a fast-moving fire, which forced more than a thousand people to flee.