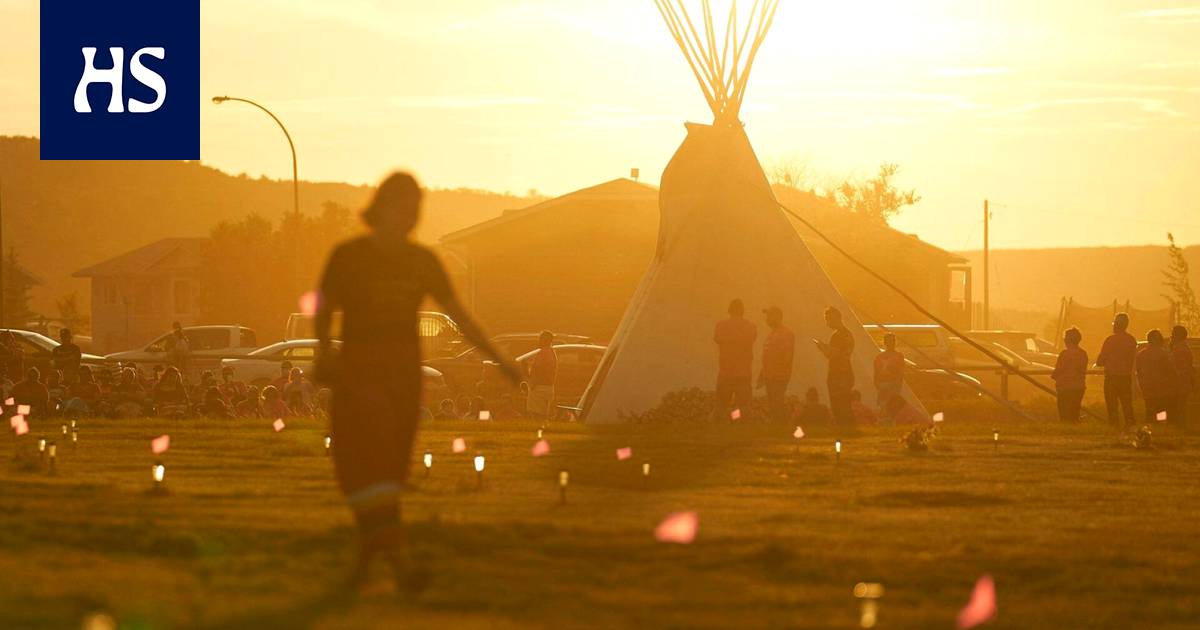 Thousands of indigenous children died in boarding schools. Burial sites can still be found all over Canada, but the Catholic Church seems to be avoiding paying compensation.

Canada the wealth of the catholic church exceeds four billion dollars, or 2.7 billion euros. The matter appears in a Canadian newspaper The Globe and Mailin a report based on tax information provided by the church and its parishes and organizations.

The knowledge of the Catholic Church’s wealth is exceptional because the natives who attended the church’s boarding schools and their relatives have not received adequate compensation. The lawyers representing them have repeatedly complained about the lack of compensation.

The Catholic Church is considered to be responsible for the system of boarding schools in which thousands of indigenous children died.

In In 2014, the federal government of Canada ruled that the Catholic Church was obliged to fund a program for indigenous peoples, but the church succeeded in trying to get rid of its payment obligation through an agreement on legal routes.

The data from The Globe and Mail survey is from 2019. According to them, bankruptcy has been far removed from the Catholic Church.

British Broadcasting Corporation BBC reported in July that a total of more than 1,100 human remains have already been found in unmarked graves in the vicinity of boarding schools since the spring.

Read more: The grave of indigenous children is shocking in Canada, but the 761 bodies are probably just the tip of the iceberg – “We’ll find more bodies”

Attempts were made to forge indigenous peoples into the mainstream by force. The children were forcibly taken to boarding schools with very severe discipline. Children were completely banned from their own culture and were not allowed to speak their own language.

Read more: Canadian school homes had to solve the “Indian problem,” but for many children they became a death camp – school survivors tell HS what trauma they caused indigenous peoples

Children were also often victims of violence and sexual exploitation. Thousands of children disappeared in schools. Schools were maintained by the state and churches, led by the Catholic Church.

In Manitoba, Canada, the tomb near the boarding school was reminiscent of a fallen, old cross. Remains of 104 people were found in June at three burial sites in the area. Picture: SHANNON VANRAES / Reuters

Just over 60 percent of boarding schools have been run by the Catholic Church.

In 2008 The Canadian government formally apologizes to the school system. Churches, with the exception of the Catholic Church, have also apologized for the horrors that have taken place in their own schools. At the same time, a compensation package was agreed with the former students of the schools, which, according to The Globe and Mail, the Catholic Church has sought to skate off.

In 2019, the Catholic Church made a profit of 110 million Canadian dollars, or about 74.5 million euros.

The Catholic Church and its organizations agreed to participate in the support package in three ways: $ 29 million in payments (€ 19 million), $ 25 million, or € 17 million, in services, and a fundraising campaign for relief projects. The goal of the campaign was to generate $ 25 million. It eventually generated $ 3.7 million, or $ 2.5 million.

In the new the study found that, for example, the Diocese of Toronto has defined the value of its real estate assets in Canadian taxation at two Canadian dollars, or 1.40 euros. Other tax data show that the value of the properties has been determined in the 2020 audit data to be $ 940 million, or € 636 million.

As an explanation for the strange accounting practice, the Catholic Church offered The Globe and Mail that the church intends to use the properties for the time being.

The same has happened before in Australia: in 2018 Sydney Morning Herald found that the Australian Catholic Church had badly valued its property at the same time as it was being required to pay compensation for the sexual abuse of the church.

Also Canadian Catholics are frustrated with the church line, says The Globe and Mail.

The address for churches, which calls for compensation for the injustices experienced by indigenous peoples, has about 40,000 signatories.