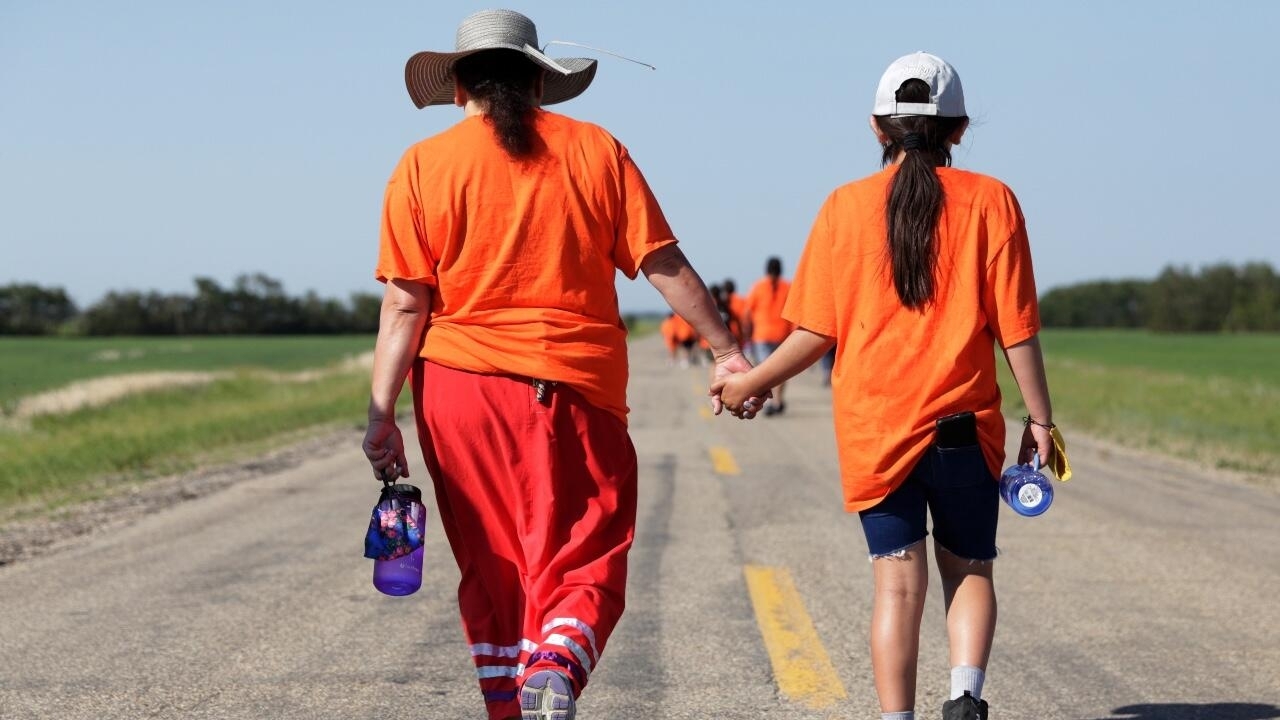 Since the country became independent in 1867, July 1 is Canada’s national celebration day. However, the recent findings of more than 1,100 remains of indigenous children on the grounds of former government boarding schools have turned the celebrations into a day of mourning and denunciation.

Since the first discovery was made, a growing number of people have called for the Canada Day celebrations to be canceled. There are already more than 1,100 remains of indigenous children found in schools formerly run by the Government, after the first find led to a second and third discovery of tombs.

Although the government did not cancel them, Canadian Prime Minister Justin Trudeau said that this day would be “a moment for reflection” and not so much the usual holiday celebrated with barbecues and fireworks. In addition, he ordered that the flag that flies over the Canadian Parliament in Ottawa be kept at half mast throughout the day in remembrance of the victims.

But a group of municipalities across the country avoided commemorating Canada Day and instead went out to demonstrate in honor of the victims in cities like Ottawa and Toronto. The participants dressed in orange shirts, the color that represents the survivors.

One of the walks ended at the Qu’Appelle Industrial School, one of the boarding schools for indigenous children that operated between 1884 and 1973.

One of the opponents to the celebration of this day is Heather Bear, one of the indigenous leaders of the Federation of Sovereign Indigenous Nations. In an interview for EFE, he expressed his point of view: “I do not want to celebrate Canada Day with everything that is appearing and the horrible events that our people have suffered. I think of those children who had names and their families who they loved them. I think the most appropriate thing would be for Canada Day to be a day of prayer, a day of mourning, “he said.

But not everyone shares that opinion. Erin O’Toole, leader of the Conservative Party of Canada, considered that those who want to cancel the celebrations are “activists” whose purpose is to “attack” the country.

“I am concerned that the injustices of our past, or of our present, are often used by a small group of activists to attack the same idea of ​​Canada,” he said at a press conference.

The first discovery was made known on May 29, when 215 remains of indigenous children were found in the gardens of what was the Kamloops Indian Residential School.

Then, on June 25, what would be the largest discovery of its kind to date in Canada was reported. The Cowessess Indian Group found 751 unidentified graves on the grounds of the Marieval Indian Residential School in the province of Saskatchewan.

The latest discovery occurred on Wednesday, June 30, when the local Lower Kootenay group reported 182 unidentified graves on the grounds of the former St Eugene Mission School residence in western Canada.

These residential schools, mostly operated by the Catholic Church, were known for separating children from their families and forcing them into Westernized Canadian culture. All kinds of humiliations were perpetrated in them. For this reason, the Truth and Reconciliation Commission called this situation “cultural genocide” in 2015.

30% of minorities feel excluded in Canada

These findings have once again highlighted the inequalities experienced by Canadian Indigenous Peoples. Ethnic minorities face higher violence, poverty, and unemployment rates than non-indigenous people. It is therefore not surprising that an Angus Reid Institute poll on diversity and racism released on June 21 revealed that around 30% of visible minorities and indigenous peoples feel excluded in their own country.

In June, a deadly attack on a Muslim family also led to a wake-up call to Canadian society about its own racism. In addition, several Muslim women wearing hijab have also been attacked in Alberta in recent weeks, while in Quebec there is a law that prohibits female officials from wearing this dress.

According to the Angus Reid survey, for 36% of indigenous people and 42% of visible minorities, Canada is a racist country.