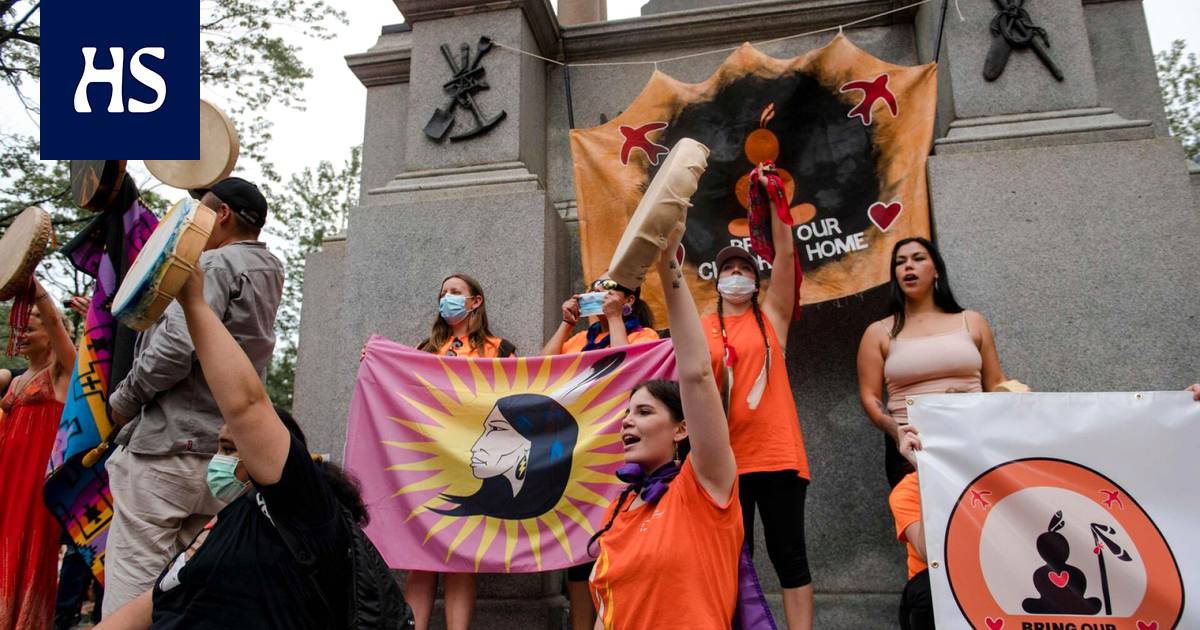 The graves of more than a thousand indigenous children have already been found in Canada. The people demonstrated on behalf of the indigenous peoples.

In Canada celebrated Canada Day on Thursday. On National Day, Canadians celebrate the unification of the three British territories into a federation on July 1, 1867.

Traditionally, the program of the day has been patriotic. This year, however, the festive atmosphere was gone. Instead of the red and white of the Canadian flag, the streets were filled with orange as people dressed in orange gathered to show their support for indigenous communities.

Just days before Canada Day, it had been found in British Columbia Tombs of 182 children. The graves were found near a boarding school where indigenous children had been forcibly placed.

In total, the graves of more than a thousand indigenous children have already been found in Canada.

Tombs the discovery has raised a debate about the colonialist history of Canada.

In this light, many have considered it inappropriate to celebrate a patriotic holiday. The #CancelCanadaDay claim garnered attention on Twitter before Thursday as Canadians demanded the cancellation of National Day.

Writer belonging to the Mi’kmaw indigenous people Rebecca Thomas for his part, insisted that government funds not be used for Canada Day fireworks because there is “nothing worth celebrating” in the country.

In many other places, festive expenses, such as fireworks and barbecues, were also canceled.

Instead of celebrating, many Canadians chose to demonstrate in support of indigenous communities. In Toronto and Montreal, for example, thousands of people took part in the protests.

“Genocide is not a matter of pride” and “Happy Day of Denial” were the slogans of the protesters, the latter suggesting how Canada has remained silent about indigenous oppression and cultural genocide.

In Manitoba a group of people toppled a statue of Queen Victoria and covered it with red handprints.

Leaning against the pedestal of the fallen statue, they left a message: “We were once children. Bring them home. ”

Canadian Broadcasting Corporation CBCAccording to, the police stunned and arrested the man at the statue. It remained unclear whether the detainee was involved in the overthrow of the statue or was angry with the overthrowers.

“It is wrong and unacceptable for vandalism and arson to take place around the country, including against Catholic churches.”

He said he understood the outrage towards the federal government and institutions such as the Catholic Church, given the country’s “shameful history”.

Instead of annihilation, however, Trudeau called on all Canadians to reconcile.

About 150,000 indigenous children were forced into 139 boarding schools. This activity continued until the 1990s. The Catholic Church ran boarding schools on behalf of the administration and forcibly tried to merge the indigenous population with the majority population.

Children in schools were also often victims of violence and sexual exploitation. Thousands of children disappeared.

According to the commission that investigated the matter, more than 4,000 children died in schools due to illness and abandonment.