Canada at 49 degrees: the keys to increasingly frequent heat waves 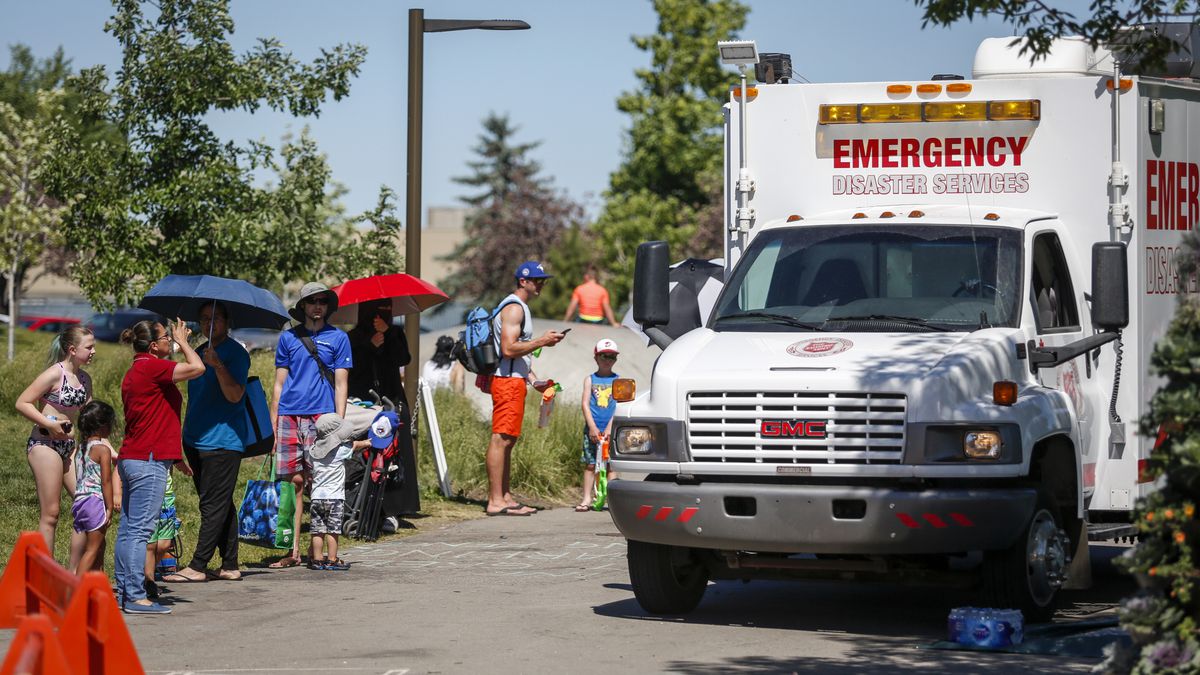 The southwest of Canada and the northwest of the United States have experienced an “exceptional and dangerous” heat wave since last weekend, in the words of the World Meteorological Organization (WMO). Temperatures have exceeded 49 degrees in Canada and in some cases have not dropped below 20 at night in latitudes where they are not used to such intense heat. The authorities of British Columbia (Canada, 5 million inhabitants) and Oregon (4.2 million, United States) are investigating hundreds of deaths attributed to these extreme temperatures while they have had to enable libraries and sports centers as centers of refreshment for the population to take refuge.

Climate change generated by human activity contributes to the increase in the frequency of this type of phenomenon and its intensity, according to specialists. And, if the rate of greenhouse gas emissions continues as before, in the future these types of dangerous phenomena will increase even more.

Why has this heat wave occurred?

In Canada and the US they have called the phenomenon that has triggered the thermometers this week “heat dome.” The doctor in Physical Sciences and head of meteorology for the portal eltiempo.es, Mar Gómez, explains that what is behind this heat wave is a “powerful blocking anticyclone” —the heat dome— on the North American west coast, which prevents the arrival of cold air. La Niña has also contributed, a climatic phenomenon that affects atmospheric currents and makes the appearance of heat waves like this “more likely” in North America, explains Gómez.

The meteorological services of the United States and Canada have issued dozens of warnings of record temperatures in the area. But the zero point has been the municipality of Lytton (250 inhabitants), in British Columbia, where historical marks have been registered for three consecutive days. The thermometer reached 46.6 degrees on Sunday, on Monday it rose to 47.9 and on Tuesday it reached 49.6 in this same town. The lockdown situation in Lytton has also been accentuated by the Rocky Mountains of Canada, adds Gomez.

Is such a phenomenon normal?

It is not normal. Experts point out that the temperatures that have been registered this week in this area, much more used to low temperatures, are 20 degrees above normal for this time of year. “It is as if in Berlin, which is at the same latitude, there were almost 50 degrees”, explains Juan Antonio Añel, Professor of Earth Physics at the University of Vigo. “It is not usual for temperatures to skyrocket like this in that area,” says Gómez.

Is climate change the culprit?

Climate science is to some extent forensic science. That is, the attributions or not of extreme phenomena such as these heat waves are made once the episode has passed and the probability that something like this would have happened without the global warming process in which the planet is, is studied, due to the greenhouse gases that humans expel. Añel recalls that “there have always been records and extremes.” But he adds: “Climate change increases the probability of this type of phenomenon.”

Along the same lines, Omar Baddour, head of the WMO Climate Policy and Surveillance Division, explained this week that “heat waves are becoming more frequent and intense as concentrations of greenhouse gases cause a increase in global temperatures ”. In other words, global warming is not only causing an increase in the average temperature on the planet – it is already 1.2 degrees warmer than before the industrial period (1850) – but also an increase in the frequency of heat waves .

Will there be more such episodes?

The IPCC, the panel of international experts created more than three decades ago to lay the scientific foundations on climate change, warned in its last major report (dating from 2018) that, as the planet exceeds that degree of temperature with respect to In the pre-industrial era, the risks and impacts to human health and the environment from “extreme weather events such as heat waves” will increase.

According to Baddour, studies are further determining that these waves “start earlier and end later, and are taking an increasing toll on human health.” Añel adds: “Unfortunately, in the future we will see it more. Next summer will no longer be the hottest summer we have ever experienced, but the least hot we are going to experience ”.

What effects does it have on health?

According to the latest death count reported by local authorities made by Reuters, as of early Thursday morning (Spanish time), there had been almost 600 deaths related to high temperatures in British Columbia and Oregon. Most of them – 486 – are in British Columbia, where authorities speak of sudden deaths.

Deaths from heat stroke are just the tip of the iceberg of this problem, as Julio Díaz, of the National School of Health of the Carlos III Health Institute. “They represent between 2% and 3% of deaths associated with heat,” says this expert. Because, as with pollution, “heat aggravates other pathologies, especially in older people.” These are, for example, cardiovascular, kidney or neurological problems, which can be aggravated to death by episodes of extreme heat.

Díaz recalls that in the great heat wave of 2003 only 140 people died in Spain directly from heat stroke, but the excess mortality in July and August of that year with respect to the average reached 6,600 people. To determine the real impact of this wave in North America, we will have to wait for data on excess mortality. “This way it will be possible to determine how many people have died from the heat and should not have died,” adds Díaz.

Local authorities in the hardest hit regions have had to set up libraries and special centers in sports centers and other facilities so that people can cool off and rest. Few houses are prepared, for example, with air conditioners, for these phenomena. “In the same heat wave of 2003 in France, 14,000 people died, and in many cases it was in regions that were not used to it and did not have air conditioners,” says Díaz.

What are the associated risks of heat waves?

This expert from the National School of Health of the Carlos III Health Institute adds another important problem of heat waves: the associated risks, such as the fires that are also taking place in the area hit by high temperatures. Gomez explains: “The town of Lytton, where temperature records have been broken, has had to be evacuated these days due to forest fires.”

For this reason, Díaz emphasizes the importance of implementing integrated plans that take into account all associated risks and that adequate and updated action programs are prepared. “You have to have things ready for when something happens,” he warns.