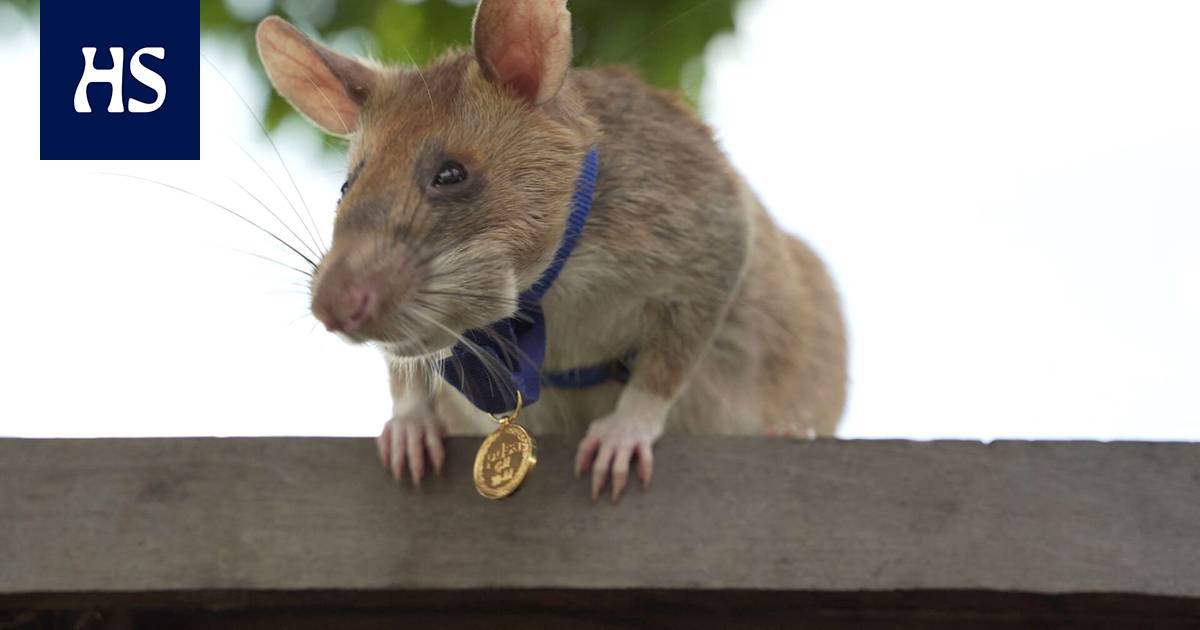 A rat named Magawa vibrates and checks an area the size of a tennis court much faster than a human with a metal detector.

The news agency AFP reports on the retirement of the bomb rat.

Magawa was looking for bombs in rural Cambodia, along with the Belgian charity APOPO. The mine-smelling rat helped clear a total of 225,000 square miles of land over five years.

Magawa is the first rat to be awarded the PDSA Animal Courage Award.

Magawa gold medal around his neck at his retirement party. Picture: PDSA

“It’s starting to get a little tired. Now it is best for Magawa to retire, ”said APOPO Cambodia Project Manager Michael Heiman on Sunday.

Belgian the organization trained the rat in its native Tanzania to detect chemical compounds used as explosives. Magawa was trained by rewarding it with its favorite delicacies, bananas and nuts.

Magawa flickers and checks the area the size of a tennis court in half an hour. It is much faster than a human with a metal detector. A person would go to inspect the same area for about four days.

The savannah hamster is big enough to be kept on a leash, but light enough not to trigger mines as it travels off-road.

In his retirement years Magawa will eat even more bananas and nuts.

Magawa’s successful career has led to the training of more rats, and Magawa is followed by 20 newly trained bomb rats.

“They will have a full time job to follow in Magawa’s footsteps. It’s a unique rat, ”Heiman says.