Cambodia genocide: the last fight of the only living leader of the Khmer Rouge 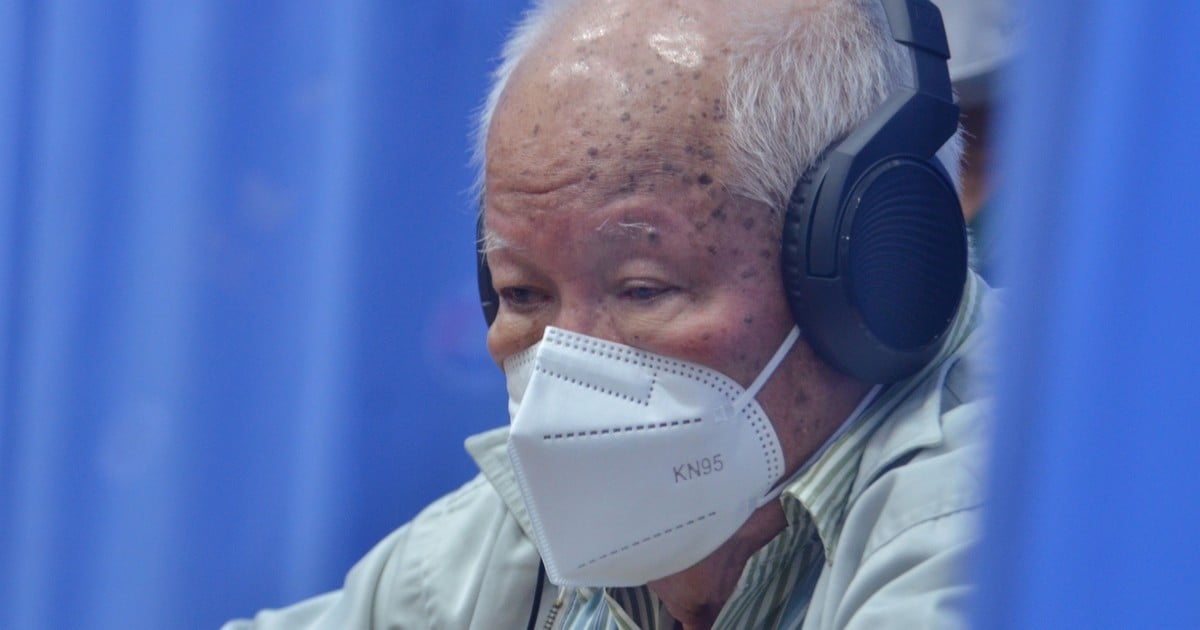 The last living leader of the Khmer Rouge, Khieu Samphan, began his appeal on Monday to try to convince a UN-sponsored court in Cambodia to overturn his conviction. to life imprisonment for genocide.

The former head of state of the regime, 90 years old, He followed the trial together with his legal team, in a separate room from the prosecution and the judges, to comply with movement restrictions to stop the covid-19 pandemic.

Samphan was sentenced in November 2018 along with Noun Chea, the “brother number 2” and ideologue of the Khmer Rouge, who died in August 2019 at the age of 93 and with whom he also shared a life sentence for “crimes against humanity, extermination, political persecution and other inhumane acts. “

The nonagenarian leader, who requested permission from the court to frequently attend the service, will attend the hearings in person, but refused to answer the questions posed to him on Monday and chose to present his final argument. Thursday, when the trial is scheduled to end.

The court, created in 2006 with the official name of Extraordinary Chambers of the Courts of Cambodia (CECC), has reserved four days during this week to hear the arguments of both parties, although, if necessary, the trial would continue until the 27th .

In the opening session, his lawyers argued that the Court had not given sufficient value to the evidence presented in his favor and affirmed that the 2018 conviction responded to legal criteria that he could not know at the time the alleged crimes occurred.

The court, composed of local and foreign judges that apply Cambodian and international laws, it plans to issue its decision during the fourth quarter of 2022.

Due to the current restrictions against the covid-19 pandemic, face-to-face assistance during the hearings in this court of public, media and diplomats has been limited.

In his 2017 plea, the last survivor of the Khmer Rouge leadership forcefully refused to be labeled as assassin and attributed part of the harshness of the life conditions during the Khmer Rouge to the years of civil war and American bombing that preceded it.

“The leaders of the Communist Party of Kampuchea (CPK) did not exterminate our people. The desire of the CPK at that time it was not to submit to slavery to the population for the benefit of Mr. Pol Pot, “he said then in reference to the leader of the Khmer Rouge, who died in 1998.

The former leader then attributed the genocide accusation to Vietnam propaganda -whose invasion of the country caused the fall of the regime in 1979- and claimed to be unaware of any policies of forced marriages or persecution for religious or ethnic reasons.

His vehement plea was not an obstacle to the conviction along with Noun Chea, in a ruling that supposed the first recognition of a genocide by the Khmer Rouge against the Vietnamese minorities and Muslim Cham, with the murder of more than 100,000 people of these ethnic groups.

An intellectual from a wealthy family

The ruthless Khmer Rouge was responsible for the deaths of at least 1.7 million people, or a third of the country, between 1975 and 1979 in Cambodia due to purges, famines and mistreatment during the Maoist regime led by brother “number one”, Pol Pot.

Samphan, born in 1931 into a wealthy family. Photo: AFP

Samphan, born in 1931 into a wealthy family and a doctorate in Economics in Paris with an anti-capitalist thesis, shaped the agrarian policy of the Khmer Rouge and ended the years as its intellectual voice, spokesperson and official representative, while loyally following the historical head of the extremist organization.

He was sworn in as president of the Democratic Republic of Kampuchea in 1976, the year after the Khmer Rouge took power by force.

Lost in Phnom Penh to the Vietnamese Army in 1979, he became the visible head of the so-called Government of Democratic Kampuchea in Beijing, until nominally replacing Pol Pot in the leadership of the Khmer Rouge in 1985.

Pol Pot died in 1998 in the jungle northern Cambodia while he was a prisoner of his own comrades, but part of the upper echelons of the regime she was arrested and later tried.

In 2020 he died while serving his sentence Kaing Guek Eav, alias Duch, responsible for torture and murder in the S-21 prison; While in 2013 Ieng Sary, the former Minister of Foreign Affairs, and in 2015 his wife Ieng Thirith, former Minister of Social Affairs, both died before being sentenced.

It is also pending to know if the court will try Meas Muth, former head of the regime’s Navy, and Yim Tith, who was head of Sector 13 (current Takeo province), both accused of genocide and crimes against humanity, among other charges.

The division of positions among Cambodian magistrates, who they do not consider these defendants high positions, and foreigners, who choose to try them, have left the investigation phase in legal limbo and it is expected to know during the third quarter of the year the decision whether to continue with the process or to dismiss it.