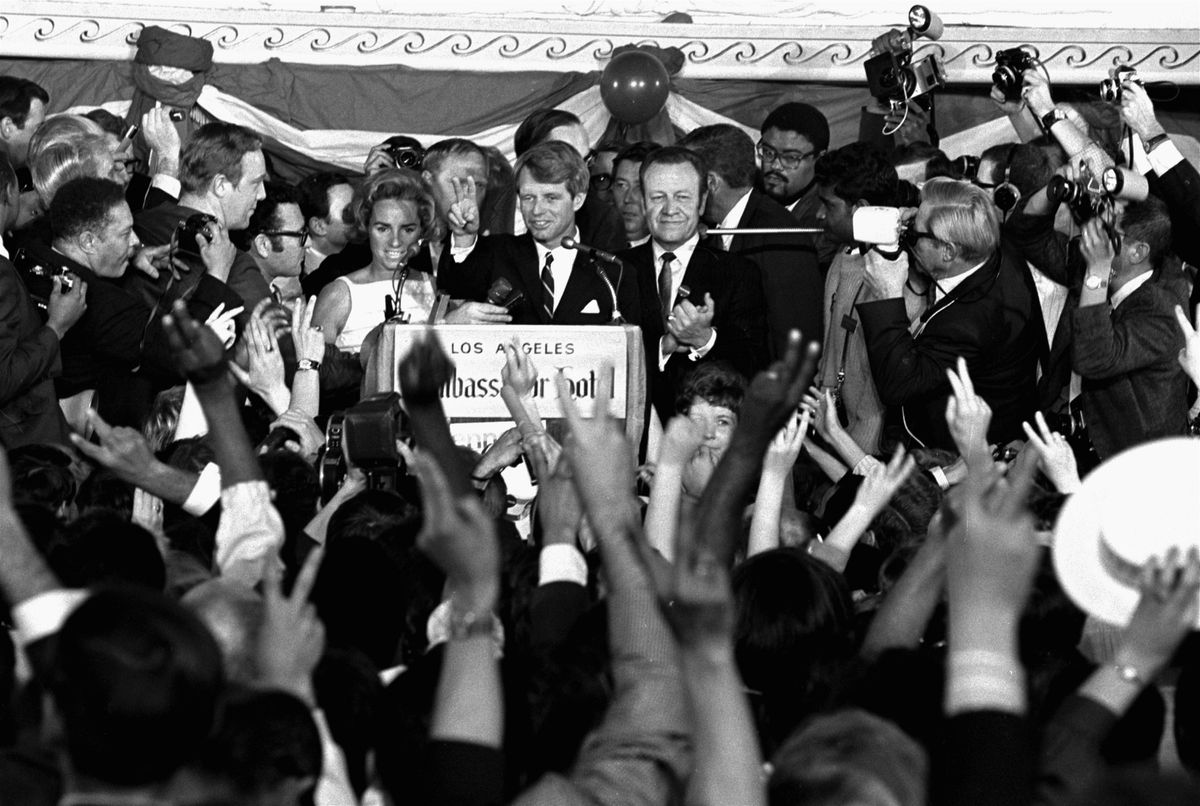 Sirhan Sirhan, the assassin of Senator Robert Kennedy, is close to setting foot free for the first time in 53 years. The California state parole board recommended this Friday the release of the murderer who shot the senator after a celebratory rally at a Los Angeles hotel in June 1968. Sirhan, a Palestinian immigrant born in Jerusalem who today is 77 years, he must wait for the governor of the state, the Democrat Gavin Newsom, to give the green light for him to leave the prison he is in, outside the city of San Diego.

Sirhan’s release would close one of the traumatic events of turbulent 1968. The killer was captured at the scene, the Ambassador Hotel on Wilshire Avenue (which has now been demolished), in possession of a .22 caliber revolver. Sirhan, who was 24 at the time, acknowledged shooting the New York politician, a rising star on his way to the Democratic presidential nomination and that night he was celebrating the victory in the California primary. In an interview broadcast in the late 1980s, Sirhan admitted that he targeted the politician, John F. Kennedy’s brother, after hearing that one of his campaign promises was to send 50 military aircraft to Israel.

“I assume the responsibility of having carried it [el revólver] and I take on the responsibility of having fired the shots, ”Sirhan said this Friday in a videoconference hearing to the members of the board who were studying his case. The prisoner initially received the death sentence, but this was later converted to a life sentence. Since 1986, thanks to his good behavior, he has been seeking parole. This has been denied 16 times since then. The last hearing was five years ago. This Friday, however, the Los Angeles County District Attorney’s Office did not send any prosecutors to oppose the criminal’s release.

The wounds of one of the best-known political crimes seem to have healed. Some relatives of Senator Kennedy have sent letters to the California authorities in which they support the release. One of these has been signed by one of the eleven sons of the murdered politician, Robert F. Kennedy Jr., an environmental lawyer who has become famous for their outspoken opposition to vaccines. Douglas Kennedy, a journalist who works for Fox News and who is another son of Robert’s marriage to Ethel Kennedy, came to the audience on Friday to speak in favor of liberation. The siblings acknowledge, however, that not everyone in the family shares their position on liberation. There are those who oppose it.

Robert Kennedy Jr. has publicly said that he doubts the guilt of Sirhan, who has confessed to his crime. Kennedy met in December 2017 with the murderer of her father in prison Richard J. Donovan. Following the three-hour meeting, the attorney believes a second shooter was present on the night of June 5, 1958 at the Ambassador Hotel. Recent forensic evidence has determined that at least 13 shots were fired at the crime scene while the revolver with which Sirhan was arrested had room for only eight bullets. Paul Schrade, a campaign collaborator who was wounded that night, presented a recorded message this Friday in which he calls for the release of the prisoner, whom he considers innocent.

The Arab-Israeli conflict played a role in the background during the hearing on Friday. Sirhan, who is a Jordanian national and wishes to be extradited to that country if released, wept at one point when speaking of refugees from the war in the Middle East. He also said that he wants to stop activism in this cause because of his age. One of the commissioners, however, stressed that the assassin could become a symbol for radical Palestinian sectors after his release.

It will be Governor Newsom who has the last word prior to Sirhan’s controversial release. The young Democratic politician, however, carries a significant burden on his shoulders in the coming weeks. On September 14 he faces an election where the position is played. If he is removed from office, his replacement will hold the future of one of the names disgraced in that summer of 1968 in his hands.